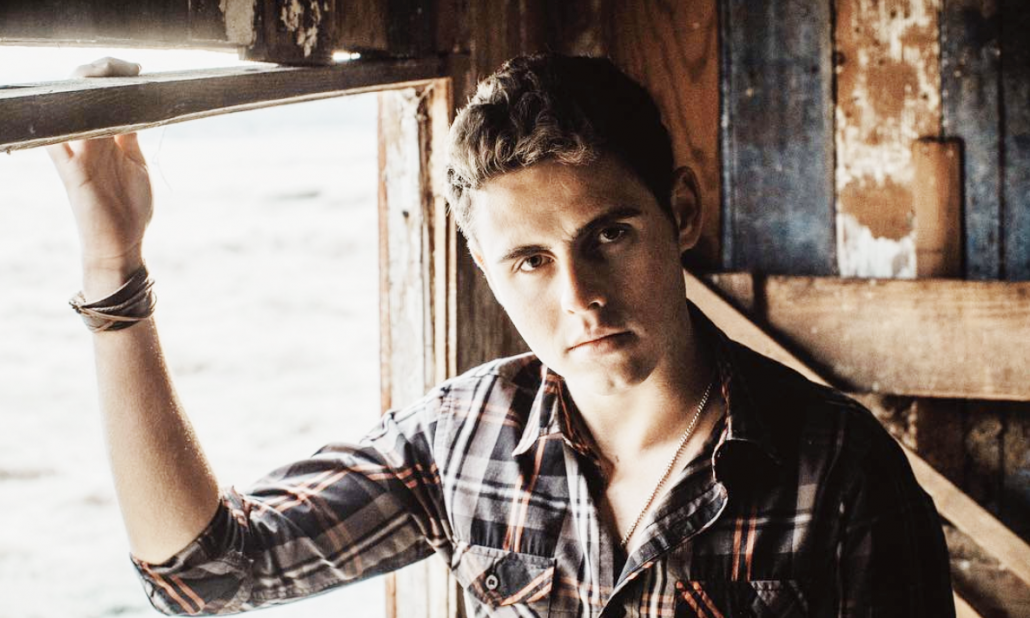 Nick West learned the piano when he was four years old and immediately fell in love with country music. At USC, West has collaborated with artists working in different styles, including multi-genre performer Lauryn Tauber. (Photo courtesy of Nick West)

Though country music can be typically associated with the South, Nick Valdman, a junior majoring in music industry, is a country singer, songwriter, producer and musician hailing from Seattle. Valdman, who goes by the stage name Nick West, had a passion for music since he started playing instruments at a young age, including the piano when he was only four years old.

He immediately fell in love with music, and even though he grew up listening to a wide range of music, West was instantly drawn to country.

“When I was around 8 years old … my Aunt Rachael was driving me in her pick-up … and we were just blasting her favorite music from the radio on 100.7,” West said. “I just fell in love with it, and I just never stopped listening.”

While West has worked with artists of all genres, he knew he was going to be a country artist as soon as he started his career in music. He has also produced a wide variety of genres for fellow artists.

West recently produced “Act Nice,” a single by Nashville-based multi-genre artist and lifelong friend Analise Malick, which recently reached nearly 30,000 plays on Spotify. Being open to other styles of music allows West to share his talents with others and collaborate with artists in different genres.

West frequently works with singer-songwriter Lauryn Tauber, who he has known for a few years. They first met during the Nashville Maymester program, and as soon as they both realized they shared the same love for country music, they began to write together. When it comes to writing music, their process is different every time.

“We both write country music but when I think country music, I think him, whereas I tend to stray a little more pop,” Tauber said. “So I think that it’s really interesting especially because he has the pop performance program history whereas I don’t, he can come at things, and he just knows so much about music, and so sometimes he will come in with an idea of this or that, and he’ll come in, and he’ll kind of explain the reasoning, explain the influences, and he’s really great with chords and theory.”

West added that he has gone through a few programs in the Thornton School of Music, which has given him a different perspective of the music industry.

“When I met him, he was in the pop performance program as his major, and he is now a music industry major,” Tauber said. “He’s been able to really combine the performance aspect of things, as well as more production aspects or more business aspects.”

Though West mainly considers himself a country artist, he said he strives to incorporate pop, rock and R&B influences into his music. He said he tried to produce music in some of those genres in addition to country, but he stayed true to his roots with country music.

According to West, as he writes his music, inspiration comes to him largely from personal life experiences. West said that from an early age, he believed he was born to be on stage, showcasing his musical abilities to crowds in every location — from backyards and bars to stages across the Northwest region in California and Nashville.

“At the end of the day, I make music because whether you record a really powerful song or you’re up on the stage giving an amazing performance, you know there’s people out there that are feeling what you’re feeling and vibing to it with you,” West said. “It’s the community aspect of music that makes me want to make it for the rest of my life.”

He said he continues to receive massive support from his mom, as well as his mentor Sharon.

“Sharon is really the person who heard all of my songs first when I started writing because my good songs started coming when I was 16 because I got my heart broken for the first time,” West said.

West plans to move his career to Nashville after graduating from USC next year. He hopes to co-write, produce and possibly even touring in the next five years, all to build his audience in the South and even in the West Coast. He said he hopes to become like one of his favorite artists, Brett Young, who he feels has had similar experiences and upbringing as him.

“Brett Young. He’s from Orange County, and he actually married a girl from my hometown outside of Seattle, Wash.,” West said. “So he and I have a lot in common, and he’s an OC boy, a West Coast guy doing Nashville, and he’s just so big all over the country and even the world, and that’s kind of what I want to be.”

West’s self-produced debut EP, to be released next summer, will be available on all platforms, including Apple Music and Spotify, and will feature co-writes with fellow USC students and friends, such as Tauber, as well as a number of his classmates in Thornton. Until then, West will continue to release covers on YouTube, perform locally and at home and share the music he loves with more people.