When Ava DuVernay was in the editing room moving toward a picture locked cut, working with temp music and sound effects, she and her “When They See Us” editors brought the four episodes to a place where the series was emotionally, tonally and story-wise working for the director. The sound, though, was far from finished. The sound editors needed to continue to build out the ambient, effects and foley tracks, composer Kris Bower needed to replace the temp tracks, while re-recording mixers Joe DeAngelis (dialog) and Chris Carpentar (sound effects) had to bring everything together into harmony for the final mix.

There were times in creating that rich balance of layered sound that the film could have fallen out of calibration. That happened in one key scene in the fourth and final episode, where Korey Wise (Jharrel Jerome) imagines that he didn’t go into the Central Park the night he’d be wrongly accused of rape and murder, but instead stayed behind with his girlfriend (Storm Reid). From prison, Wise has a bittersweet fantasy of the two spending a day at Coney Island.

“The Coney Island scene was a bit of a challenge because what they used in the temp Ava was very much in love with it,” said Carpentar. “The temp had an emotion to it that would almost make her want to cry. And in the first couple of times we did it, she was like, ‘I’m not getting that feeling.’”

Below you can watch this scene with the original temp music and sound below:

Sound and music play an unique and important role in the fourth episode, which is experienced through Wise’s emotional point-of-view and is often not grounded in reality. “He’s doing whatever he’s doing to try to survive,” said DeAngelis. “A classic example is Logan Marshall-Green’s part, the jail warden, he’s not real. He’s a figment of his imagination, and he’s creating these things to do what he can do to survive his experience and life in this adult prison.”

The mix of music and effects helps the film slide in and out of different mental states, while unifying them emotionally. The tricky balance of the Coney Island scene is not only does it play like a memory of an experience Wise never had, the escape into the scene of young love that was never allowed to exist, is both a respite and a painful reminder of what’s been lost.

When the re-recording mixers got the scene from the sound editors, the scene was fully built with footsteps, wind, seagulls, the ocean, roller coasters and rides – everything one would need to make the audience feel like it was really in Coney Island – which wasn’t the objective. 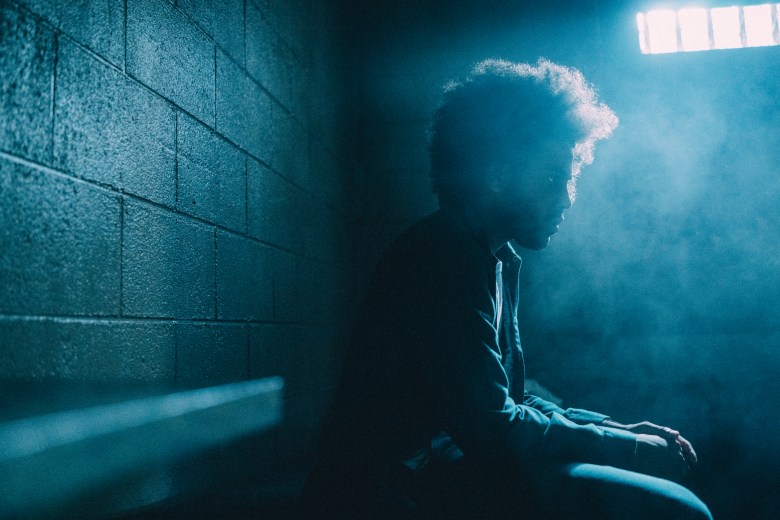 “When They See Us”

“It was very much about making choices, picking two or three of the 42 sounds given to use at any given part of the film,” said DeAngelis. “We know music is going to lead this. You can just play things that are a little ethereal, just barely poking through that sweeten it just for a second, and then go away, take a breath. We’ll give it back to the music for awhile, tonally, and then maybe come up with something else that’s a little different.”

To capture that ethereal tone, Carpenter picked specific sound effects to lend a sense of Coney Island, but gave them enough reverb to make them feel abstract. DeAngelis would do something similar with the sounds from the two main characters. “We still need their little sweet laughs and stuff that Joe put in there,” said Carpenter. “Those have to be there, but they have to be there to almost tickle the music.”

The combination toes the line between placing us in Coney Island, but never completely leaving Wise’s headspace from jail. “All these performances are fantastic, Kris’ music is tremendous,” said DeAngelis. “You just want to elevate, that’s what we try to do. We’re not sitting here going, hey, listen to all this sound.”

Below you can watch this scene with DeAngelis and Carpenter’s pre-mixed dialog and sound effects tracks without any music:

To capture Wise’s struggle and interior world from prison, Bowers took a different approach to the final chapter of “When They See Us.” “There’s a lot more of an electronic, industrial, very cold sound to the fourth episode,” said Bowers. “In the first three episodes was cello, saxophone and all these different instruments that have been processed to sound a bit more sound design-like, but then Episode 4 has a lot more modular synth and analog synth, instruments that weren’t used in the first three episodes and introduced more of a colder darker, metallic sound.”

When cutting the last episode, DuVernay and her editors used Bowers’ music from previous projects, or music cues he’d already created for the first two episodes as temp tracks. Yet when it came time to create the final tracks, it would often take a good deal of back and forth between composer and director to find the right sound.

“There were so many cues that I would write and she would have me re-do because it wasn’t making her feel the same way that the scene made her feel before,” said Bowers. “If there was a specific spot that use to hit her really emotionally [and] that didn’t any more, we would dissect it and figure out what we could do make that change for her. And yeah, the Coney Island scene was a very big thing for her, not only because it was the most optimistic sounding – or feeling – moment in really all four episodes, but it’s also this very surreal, dream-like experience, so having that balance, wanting it to feel like this magical, fun type of moment because it’s the two of them having moment of young love…but at the same time, in the back of our mind we know that this is all a dream, it’s not real, so having this bittersweetness to it, and something that feels kind of sad at the end of the day.” 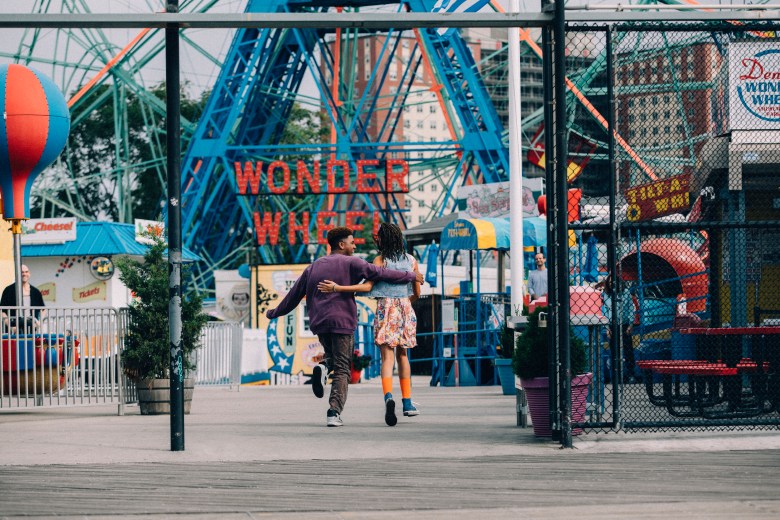 “When They See Us”

Although Bowers went synth-heavy for the episode, he ultimately needed to partially return to the organic warmth of the previous three episodes for emotional moments like the Coney Island scene. “Throughout the whole episode, whenever there’s a bit more emotion or sadness, that’s where strings were introduced. So for the Coney Island scene there was an early version that had some synth elements and I knew that Ava would probably want something that had more of an organic feeling and sound to it.”

The sequence also presented a challenge as the melody is repeated, which Bowers was concerned would become monotonous over four minutes of screentime. He also needed to break things up, so the audience didn’t fall completely into the emotional lull of the melody, always remembering this was a dream from prison.

“The melody is repeated a few times, but putting it in different instruments and doing different things with the time signature, to push and pull and make it feel like a little bit uneven here and there, are a couple of things that helped build the emotion throughout the sequence,” said Bowers. “The orchestration changes every time, there’s all these different, almost missteps, with the rhythms and some of the bar numbers, where you’ll have a random bar of three, to throw us off and keep us on our toes even though on the surface it sounds like there’s a pretty repetitive piece of music, which I tried to do to match the hypnotizing dream-like, surreal aspect of the whole sequence.”

Below you can watch this scene with the final mix and score:

Bowers applauded the final mix of the scene. “With TV there’s so many times where I go into the mix and am kind of bracing myself for what’s been done to the music,” said Bowers. “I really can’t say how much I appreciated the whole sound team trying to preserve as much of the music, and making it sing where it should, as much as possible.”

For Carpenter and DeAngelis, the trick isn’t simply to blend the sound with the music, but at the same time find those sound elements that work with the music to ensure there is a flow as the film slips in and out of Wise’s prison reality. “The roller coaster takes it back and forth a couple of times,” said Carpentar. “It works really well, especially, going back into the cell because it almost gives us the impression of a cell door, that type of thing with the rolling transition. Everything else really has to kind of roll with the music. You can’t really ever take music out of the equation.”

The two re-recording mixers knew they’d finally struck the right chord just by looking at their director. “With Ava it’s all about emotion. You look at her face and you can tell,” said DeAngelis. “She had a tear, so we knew we were in the right place.”