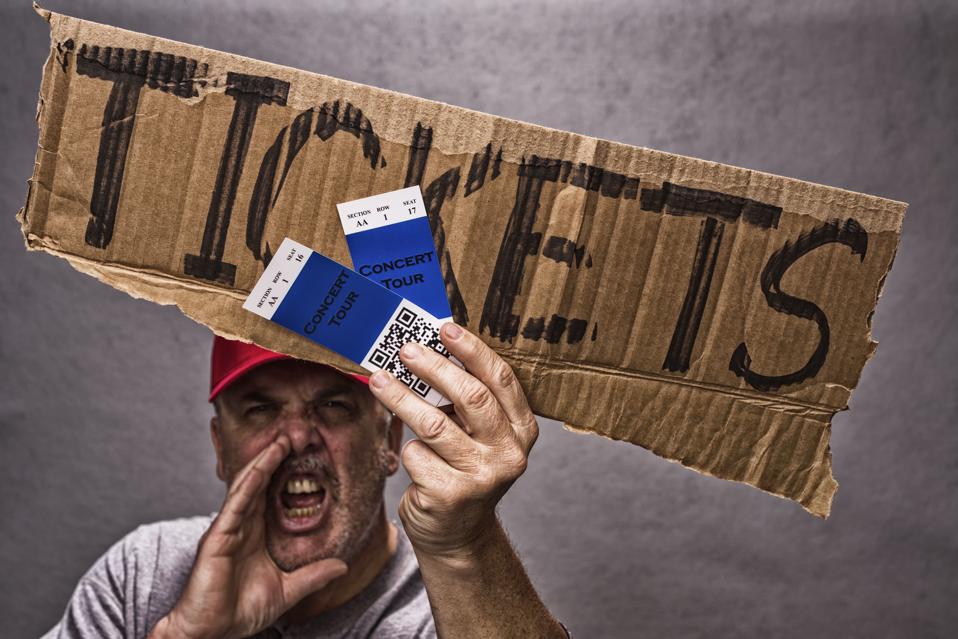 The tension between what companies desire and what is fair to consumers is a perennial flashpoint between corporate expansionism and regulatory willingness to tolerate it. In the case of a captive market with little regulatory resistance, the balance can skew entirely in favor of the corporation. For example, approximately 45,000 Americans die every year because they cannot afford healthcare, while debts accrued due to a medical illness have caused 643,000 bankruptcies per annum.

It is, admittedly, a stretch to draw parallels between the ruthless world of the American healthcare market and ticket scalping at pop concerts, but a similar battle between corporate imperatives and consumer fairness is being fought in the live music business at the moment. 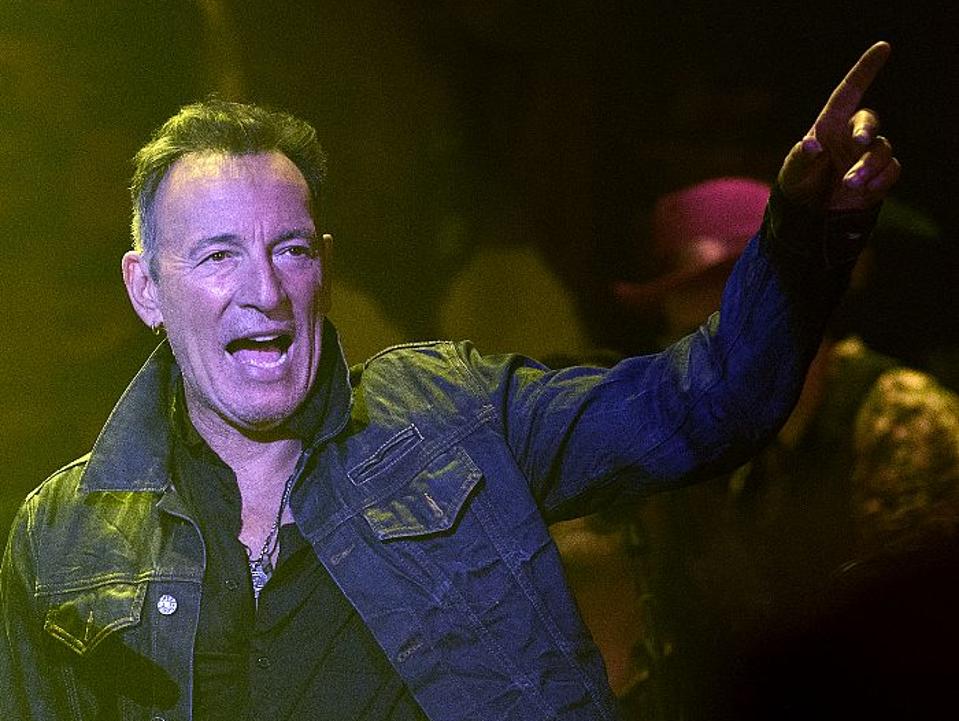 The “secondary” commercial ticket reselling market involves intermediaries hoarding concert tickets the second they become available, before most consumers have had the chance to buy them. High margins are generated by reselling the tickets back to consumers at “obscene” markups, hence the term “ticket scalping”. In many cases, the market for tickets to a particular concert is a captive one, as consumers have no option but to go to “scalpers” and pay well above the original price. For example, Bruce Springsteen fans who wanted to catch part of his 58-week Springsteen on Broadway show had no option but to pay up to $2,280 per ticket on the secondary market.

The issue is a pervasive one. A recent study by The Times found that over 60% of tickets available for a sample concert were only available though secondary ticketing agents. For consumers, this can lead to much disappointment and heartbreak, but for the resellers the markups add up quickly. According to Technavio, the global secondary ticket market will exceed $20 billion by 2024. To put this figure into perspective, it is more than the entire global music industry was worth in 2018.

With a market opportunity this large, it is no wonder that the most significant players are looking for a bigger piece of the action. 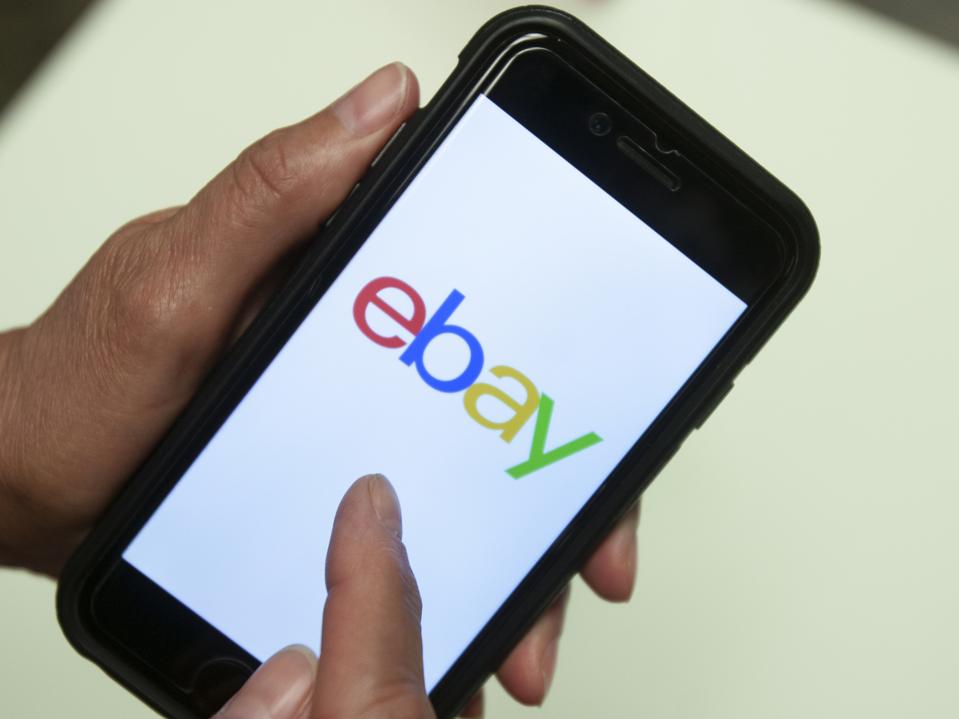 The global giant of ticket reselling, Viagogo, recently acquired its most significant rival StubHub from eBay for $4bn (£3.1bn) to much PR fanfare. Scott Schenkel, the interim CEO at eBay, said the deal was a “great outcome and maximizes long-term value for eBay shareholders.” In the short-term, shares in eBay rose by 3% after news of the deal was announced.

Eric Baker, the Harvard and Stanford educated CEO of Viagogo, co-founded StubHub in 2000 and sold it to eBay seven years later for $310 million. Baker also founded Viagogo in 2006, and has long been vocal in his desire to unite the two companies. In a statement last week he declared, “I am so proud of how StubHub has grown over the years and excited about the possibilities for our shared futures. Buyers will have a wider choice of tickets, and sellers will have a wider network of buyers. Bringing these two companies together creates a win-win for fans – more choice and better pricing.”

Viagogo’s managing director Cris Miller told the BBC, they are two “pretty perfect complementary businesses,” but the purchase is still subject to regulatory approval, and many music industry experts and consumer advocates are concerned about the impact of “Stubagogo” on the market.

The Viagogo brand has been dogged by persistent negative PR over the last 12 months. The Competition and Markets Authority (CMA) in the U.K. has taken repeated legal action against Viagogio for failures to comply with consumer protection rules, and Google suspended Viagogo from advertising due to breaching their guidelines. This is a global issue, in April an Australian Federal Court found Viagogo guilty of misleading consumers.

The only “resale for profit” competitors in the U.K., GetMeIn and Seatwave, quickly closed down following the CMA’s activity to clean up the sector, but Viagogo sidestepped legal action by altering its website. In the U.S., Viagogo petitioned the FCA for leniency in relation to some “burdensome” questions raised by the CMA’s investigations, but dropped the matter after two months. In the U.K., Viagogo refused to attend U.K. Parliamentary hearings to answer questions on their business. If the purchase is approved, it is feared that “Stubagogo” will have a monopoly on U.K. ticket reselling for profit, leading to the FanFair Alliance to formally call on the CMA to investigate the buyout. 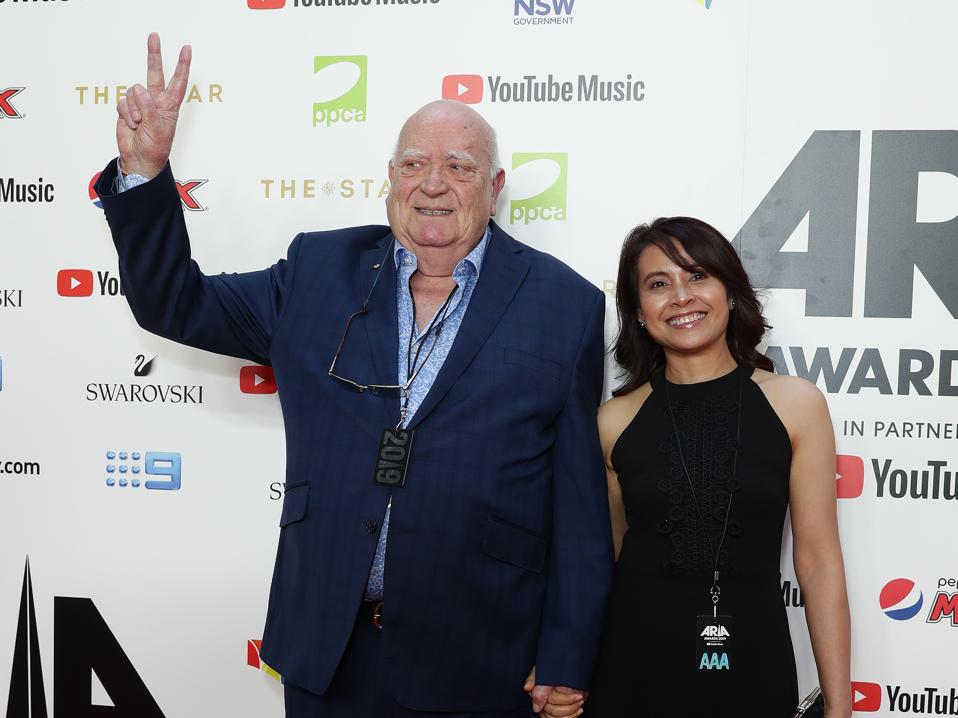 The Google advertising ban appeared to be working, and correlated with a pause in consumer complaints, but it was recently lifted and the effects were noticed instantly. ARIA icon award-winning concert promoter Michael Chugg observed that Viagogo was appearing at the top of Google searches for concerts he was promoting, such as Elton John’s 40-date trans-Tasman farewell. When receiving the award Chugg commented, “Google has put that scumbag Viagogo back on the ticketing page.” Hundreds of Elton John fans were turned away from his farewell show in Adelaide this week after being sold fake tickets on the Viagogo website. 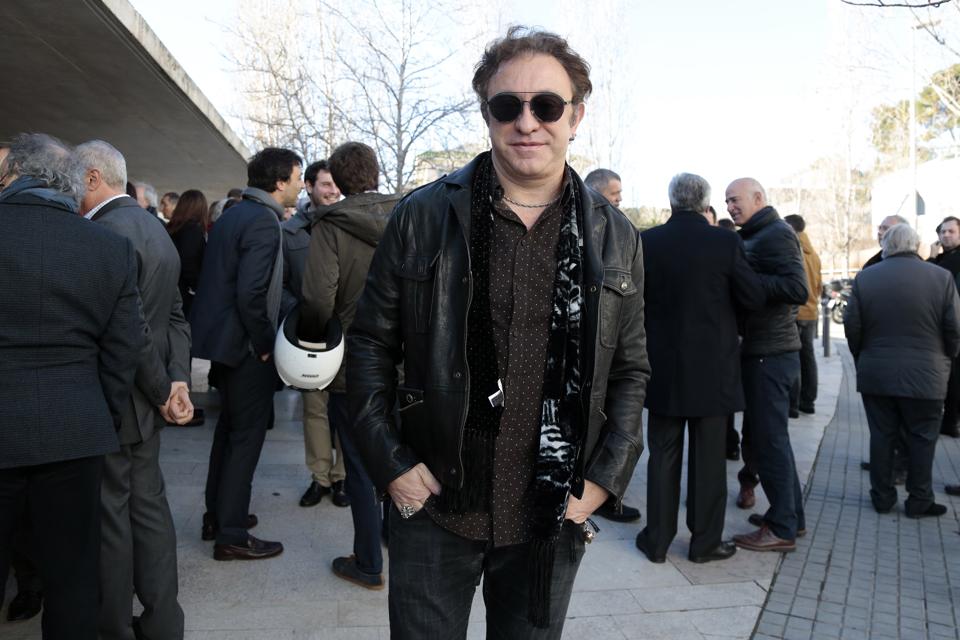 Some are worried that the less-tarnished StubHub brand will be used to bury the negative PR associations of Viagogo. Neo Sala, the founder & CEO of Doctor Music, and Director of FEAT (the Face-value European Alliance for Ticketing) explains, “Viagogo may hope that their reputation will be greenwashed through association with StubHub, who have historically kept more in line with regulation, but both have a long history of ripping off fans. I have no doubt that if this gets cleared it will be bad news for fans, as well as those of us who invest in the live sector.” 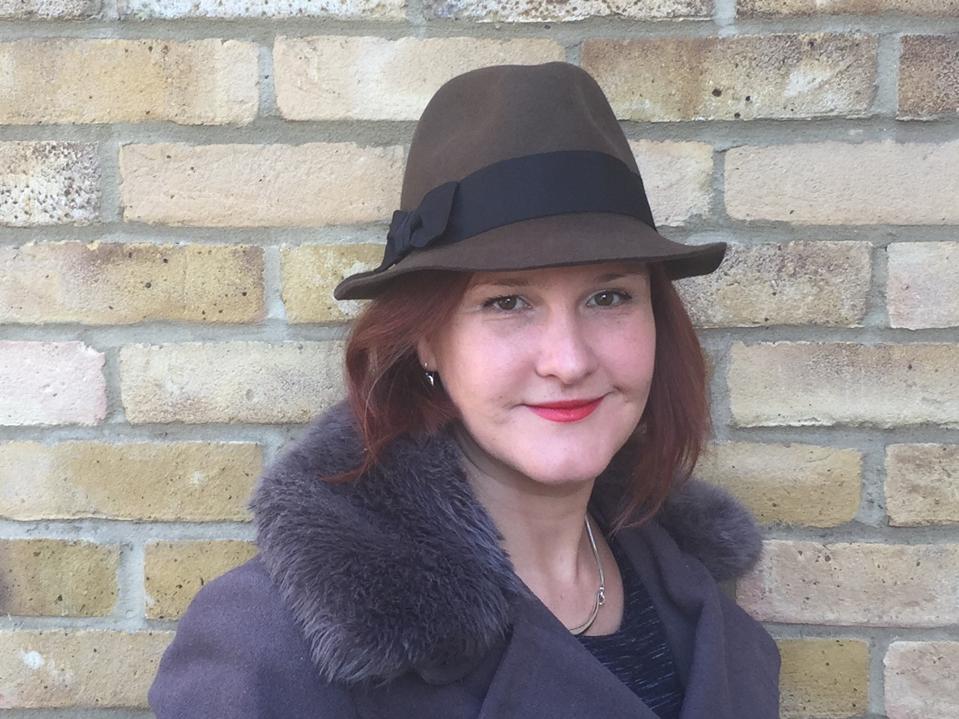 Annabella Coldrick, the CEO of the Music Managers Forum, is likewise unable to see a consumer upside to the news. “On the back of the FanFair Alliance campaign, we’ve seen huge steps to reform the U.K.’s secondary ticketing market and put a stop to the rip off anti-fan practices of sites like Viagogo. For that reason, the announcement is a huge concern. The consolidation of the biggest remaining platforms for ticket touts could put a brake on this progress and cause untold harm for audiences and artists alike.”

Music Fans Will “Pay The Costs” 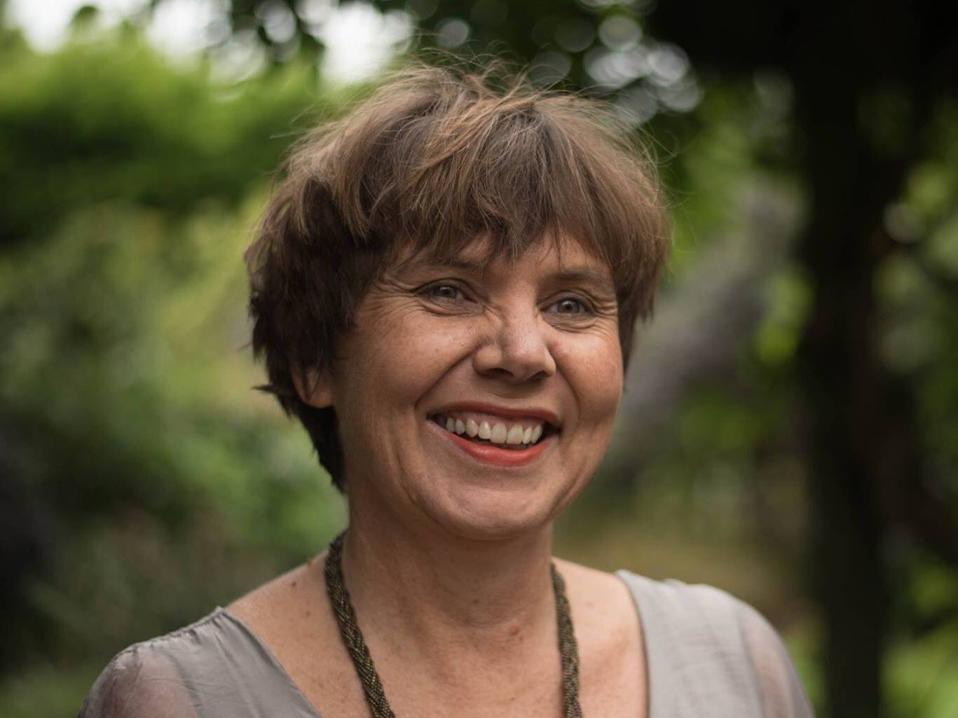 Claire Turnham experienced the ruthless nature of the ticket scalping industry first hand when she tried to purchase tickets for her son to see Ed Sheeran live. Viagogo appeared at the top of Google search results, and she unwittingly paid £1,150 over the regular cost for her tickets, a markup of approximately 600%. The purchase caused considerable financial hardship when she was unable to pay her rent the next day. She subsequently set Victim of Viagogo to help consumers secure refunds from overpriced ticket purchases, and was awarded an MBE in 2017. Sheeran became a stalwart supporter of the organization and banned Viagogo’s “fraudulent” ticket resales from his U.K. concerts.

Turnham is understandably wary of the buyout news. “We are dead against this merger and urge the U.K. regulators to seriously consider the impact from the public’s perspective. It’s fans who will end up paying the ‘off the scale’ costs of buying StubHub. Viagogo’s desire to dominate the market will likely only lead to more exploitation, rip-offs and misery. We need to be asking who is funding this sale and where is the money coming from? Our consistent advice is to only buy tickets from sites that are ethical and authorized. We wish to see a secondary ticketing market which is fair and works for the benefit of individual ticket buyers, not those who are in it for vast commercial profit.” 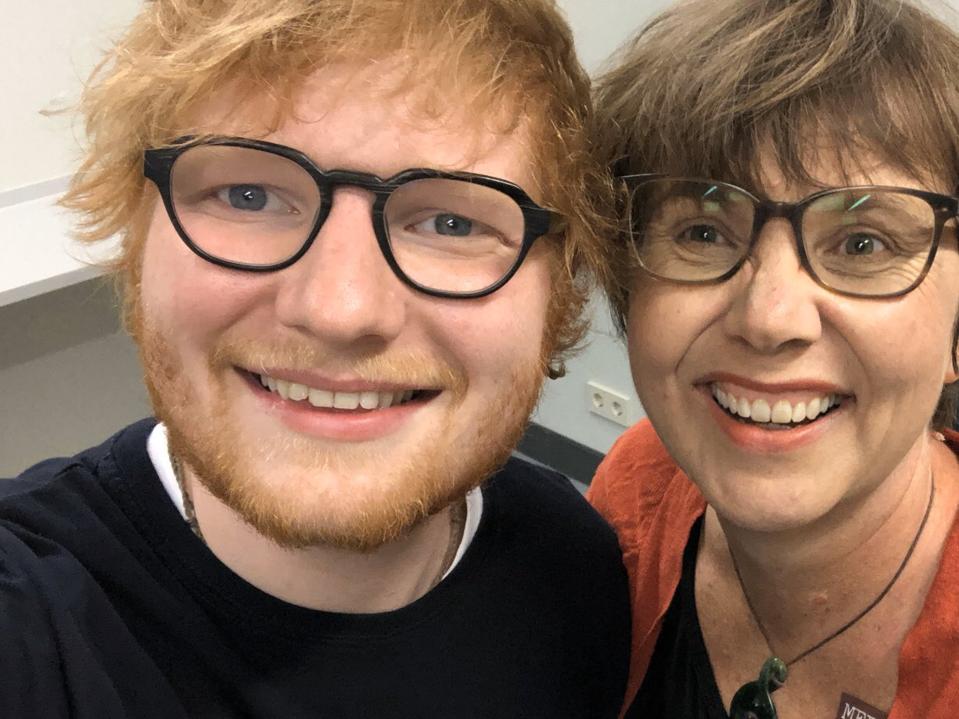 FEAT campaign lead Katie O’Leary is hopeful that regulators will consider the needs of consumers when deciding whether to approve the deal. “It’s alarming to think of Viagogo potentially gaining an even greater stronghold in the secondary ticketing market, given it’s been the subject of various legal actions across Europe and banned from advertising on Google globally. Viagogo claims this will create a ‘win-win for fans,’ but further consolidation in the secondary ticketing market would most likely restrict competition, and further negatively impact fans. We hope that regulators will have consumers’ best interests at heart when considering this deal, and take into account not only the question of Viagogo’s increased dominance but also whether they can be viewed as a fit and proper owner.” 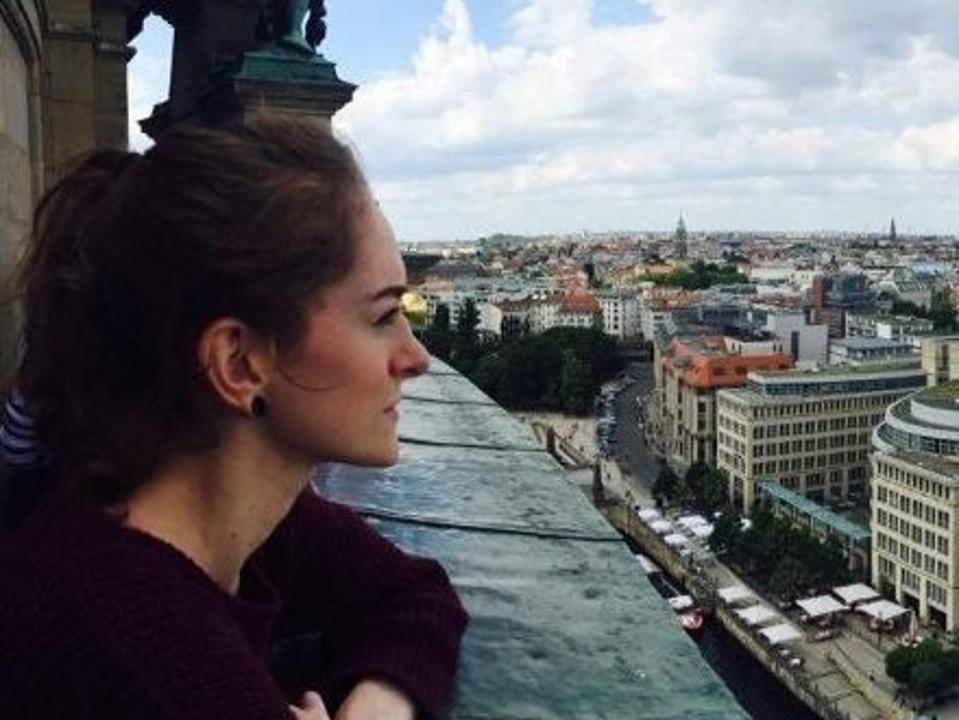 Several well-regarded reseller websites offer fans the opportunity to purchase tickets without the high margins associated with scalping. For example, Dice.fm has been instrumental in improving the U.K. market through its innovative use of mobile technology, and is working with major festivals such as Primavera Sound in Barcelona and All Points East in London. Fan-to-fan ticket resale marketplace Twickets was awarded the ticketing agency of the year by Music Week and provides official support to artists such as Adele, Foo Fighters, Elton John and Ed Sheeran. TicketSwap caps resale markup at 20%, making it unattractive to touts who are used to operating at margins of 500% and higher. TicketSwap CEO, Hans Ober, is clear about the danger to the industry from the potential buyout, “Consolidation in the market could equate to reducing the amount of choice fans have, as well as push prices upwards and make the process less transparent.” 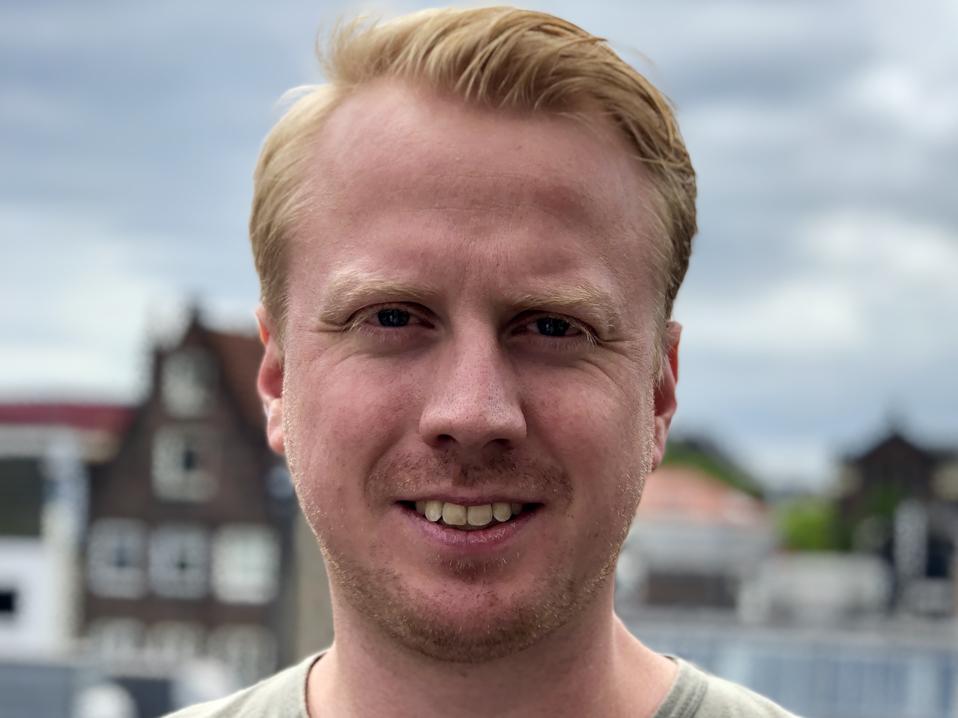 It is worth remembering that ticket touts “solve” a problem which is completely of their own creation, so cannot be considered to help the consumer. It is difficult to see any “win-win” scenarios other than for the boards of Viagogo and Stubhub, although the long term wisdom of eBay’s decision is still being debated.

Shareholders aside, it is looking unlikely that “Stubagogo” will be on many Christmas card lists this year.