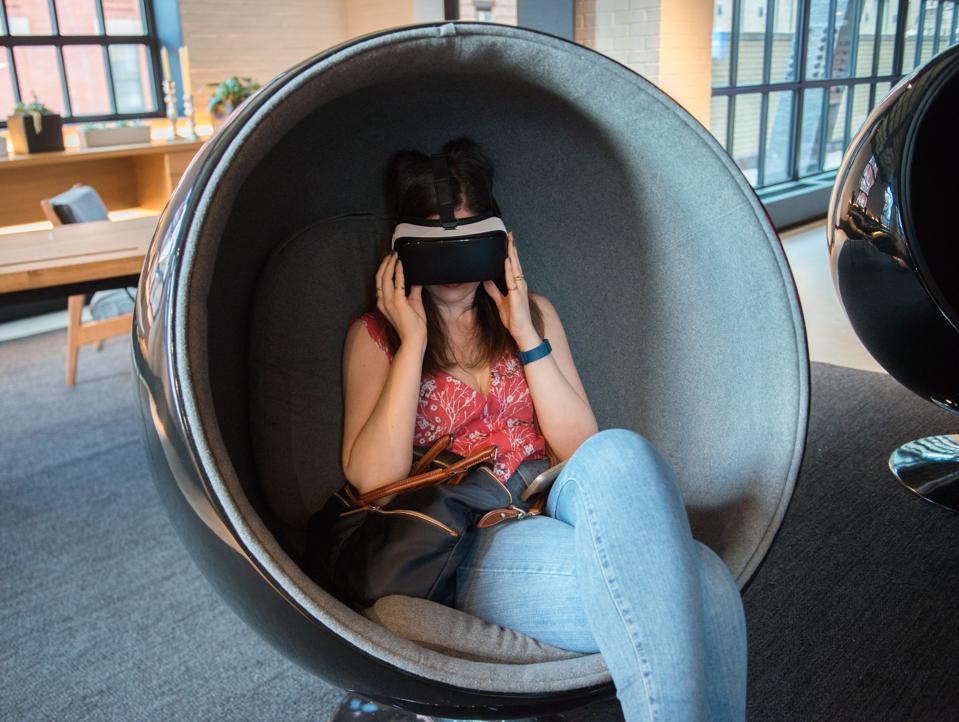 The ability to stream concerts in VR means that the music industry can bring in higher revenues from live music. (Photo by Noam Galai/WireImage)

Everyone knows the well-worn story of how, post-Napster, the music industry suffered a quasi-collapse, with revenues for ‘physical’ music tumbling from over $23 billion in 2001 to just under $5 billion in 2018. As a result, the industry turned to live shows as their main source of income, yet the problem with live concerts is that they place a natural limit on the number of people who can attend them. But just as technology once threatened the music industry’s existence, it has now returned with what looks set to become its saving grace: virtual reality.

On October 3, rapper Post Malone announced he will be streaming an upcoming concert in North Carolina in VR, via the Oculus Venues app. Likewise, many other performers have announced similar VR-streamed events in recent months, including Imagine Dragons, Panic! At The Disco, Imogen Heap, Liam Payne, and Billie Eilish. And while they may all claim diverse reasons for wanting to include VR-ready fans in their live shows, there is one very simple economic reason for the music industry’s increasing embrace of virtual reality.

Namely, it removes the limit on attendance for live concerts, reapplying indefinite mechanical reproduction to what had previously seemed all-too definite and limited in commercial scope. Now, in addition to those who pay to actually be present at a concert, the music industry can monetize everyone who couldn’t obtain tickets, or who doesn’t always feel like going out to see their favorite acts perform. In other words, VR appears to let the music industry combine the best of both worlds: the apparent spontaneity and singularity of live music with the reproducibility and accessibility of recorded music.

VR already has the potential to be a lucrative avenue for the music industry. On the MelodyVR app, access to performances begins from $7.99 and can extend to $14.99, depending on the profile of the acts involved and the views offered. The app has already attracted more than $90 million in financial backing, underlining the expectation of success and profitability that surrounds it. Meanwhile, its introduction of subscriptions later in the year could help it enter profitability, having first launched its app only last year.

And even if MelodyVR is still young, it has signed deals with the three big major record labels and already boasts a large roster of shows and artists, indicating the interest the music industry has in exploiting virtual reality. This includes performances by Kiss, Wiz Khalifa, Sean Paul, Five Finger Death Punch, Lewis Capaldi, The Kooks, The Streets, Rudimental, Bullet for My Valentine, Fleet Foxes, Fall Out Boy, Jamiroquai, Kasabian, The Who, and so on. Added to this, MelodyVR isn’t the only app providing virtual concerts, with TheWaveVR, Oculus Venues, and NextVR being some of its more notable rivals.

There is, then, lots of potential for VR gigs to become a very importance source of new revenue for the music industry, even if VR headsets aren’t really accessible or widespread enough for these new platforms to be particularly profitable at the moment. And in many ways, virtual reality truly is an ideal medium for pop music, which is largely defined not so much by the music itself, but by its supply of images of personality, identity, authenticity and presence.

That is, when we engage with and consume music, we consume the personas of the pop stars as much as their songs, identifying with their selves and struggles, and taking validation from the sense that their biographies have much in common with ours. This process of identification happens even when a pop star’s image has been carefully cultivated and manufactured by her label and/or management, even when the person who we think they are is not really there. And in an analogous way, VR reinforces and extends this illusion of presence, providing us with the illusion that our favorite musicians are really there with us as they perform their songs, when in fact we’re just sitting or standing on our own in empty rooms.

So even though VR-streaming might seem like an unusual or alien addition to the music industry’s arsenal of products, it’s in almost perfect continuity with what mass music has been for several decades now. It can make live shows infinitely reproducible and sellable, and it deepens the illusory sense of presence that we often feel towards pop stars. That’s why the music industry is likely to continuing pushing and supporting it in the coming years, until VR concerts do become widely popular and profitable.