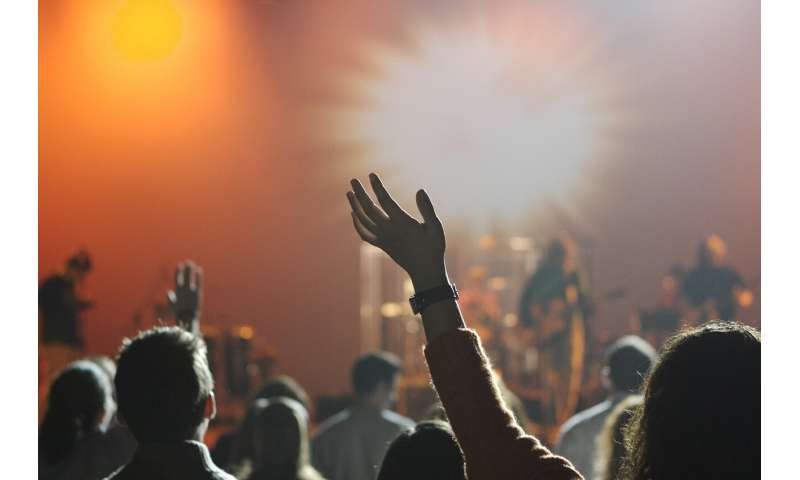 Don’t let the success of Beyonce and Taylor Swift fool you. Females are still grossly underrepresented in the music industry, reports a recent Northwestern University study.

Men release more songs than women, are signed to record labels more frequently and are aligned with more collaborators to produce music, according to the study. The study authors analyzed four factors (sonic features, genre, record label affiliation and collaboration network) to identify the gender of an artist without taking vocal pitch into consideration.

“This study gives us a chance to reflect on challenges faced by female musicians,” said lead author Agnes Horvat, assistant professor in the department of communication studies at Northwestern. “Ideally, someday we’ll define a ‘female way’ of producing music that could help women advance better in this industry and support a broader range of talent in the global music scene.”

Horvat and her collaborators compiled data from 6,164 male and 2,083 female solo artists who commercially released 177,856 and 54,942 songs, respectively, between 1960 and 2000. Using the data, they built an algorithm that was able to randomly pick a song and tell with astonishing accuracy (more than 90% of cases) whether it was created by a male or female artist.

Although the percentage of females in the industry increased from 20% to 25%, men released more songs than women throughout the 40-year time period, even after controlling for the imbalance in representation, the study found.

The paper was presented in June at the 13th International Association for the Advancement of Artificial Intelligence (AAAI) Conference on Web and Social Media (ICWSM 2019) in Germany and appeared in the proceedings. Horvat’s collaborator, Yixue Wang, presented the findings.

“I was very excited to present such broad-scale findings because most previous work provides only small-scale evidence about gender inequalities in the music industry,” said Wang, a graduate student in the technology and social behavior program at Northwestern. “This inequality represents an unsolved problem, and tackling the problem is key to promoting artistic innovation.”

Pulling from a unique mash-up of crowdsourced, curated and algorithmically augmented data from The Echo Nest (a music intelligence platform now owned by Spotify) and leading music metadata crowdsourcing platform MusicBrainz, Horvat and Wang identified the gender of an artist by analyzing four factors:

Breakdown of the study’s findings

The study found that the sonic features are significantly different for men and women, meaning that there is a typical “female sound” and “male sound.” For instance, songs by men are more danceable than songs by women. And women’s songs tend to be more acoustic than men’s songs.

The study examined 571 fine-grained genres provided by listeners via social tagging. Genres such as rock, electronic, rap, techno and reggae are more commonly associated with men while pop, vocal, R&B, vocal jazz and soul are attributed to female artists, according to the findings. Listeners assigned nearly all 571 fine-grained genres at least once to male artists but less than half of the genres were assigned to female artists, indicating that women are known to create in fewer musical styles, Horvat said.

Female artists have, on average, fewer collaborators and are more frequently on the periphery of the collaboration network, the study found, which highlight structural barriers female artists face throughout the advancement of their careers.

Men release more songs than women, the study found. And out of the nearly 5,000 record labels in the study’s data set, only one third have ever signed at least one female artist.

Why defining the gender of music matters

Highlighting these gender differences could help inform ongoing public debates about the lack of female representation and resulting pay gap in the music industry, an influential gig economy that is an important trendsetter for the new labor market and beyond, Horvat said.

Music is closely observed by the world’s youth and often provides them with role models, Horvat said. She said she thinks changes in this industry could set high-visibility examples and facilitate transformation in other areas, too.

More information:
Gender Differences in the Global MusicIndustry: Evidence from MusicBrainz and The Echo Nest. Proceedings of the Thirteenth International AAAI Conference on Web and Social Media. www.aaai.org/ojs/index.php/ICW … ticle/view/3249/3117