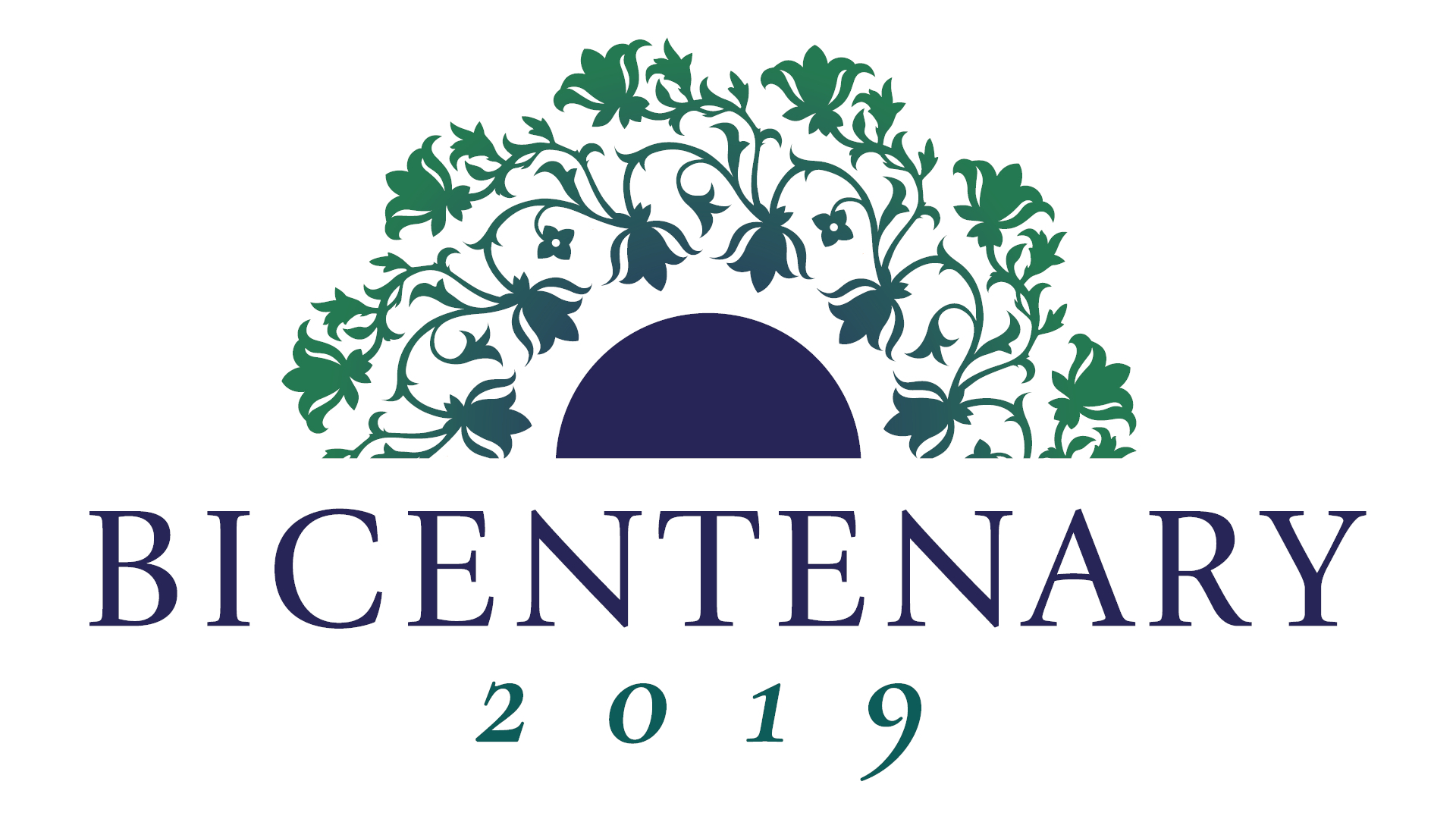 The Baha’i World News Service is publishing a series of articles about preparations for the 200th anniversary of the birth of the Bab.

The worldwide energy of bicentenary preparations is prompting an efflorescence of activity in country after country. In Europe, communities calling to mind this significant anniversary are producing music inspired by the Bab’s life and teachings, bringing history to life through drama, and redoubling their commitment to constructive action.

More gatherings dedicated to prayer and reflection, in homes and public places, are drawing people together in Limerick, Ireland. “We are creating as many beacons of light in our city and county as we can over the next seven weeks,” explains Trisha Rainsford of Limerick’s Baha’i community. Many residents have been opening their homes for collective worship, offering a space where anyone can seek contemplation.

Several plays are being staged across Europe. A meeting in Mantova, Italy, to discuss the development of the community’s spiritual education programs included a performance about important moments in the lifetime of the Bab; the drama helped the audience to see the connection between that history and their present-day efforts.

In France, playwright Malene Girot Daquin had always wanted to tell the story of Tahirih, the heroic follower of the Bab who was the first woman to recognize Him as a Manifestation of God. “With the upcoming bicentenary of the Bab, I felt that the time was right,” Ms. Girot Daquin explains. The play, which focuses on the final part of Tahirih’s life when she was imprisoned and eventually executed for her belief in the Bab, was performed in part at an event in southern France. There are plans to also stage it at local theaters elsewhere in France and Switzerland. “Tahirih faced her fate with determination and courage,” Ms. Girot Daquin adds. 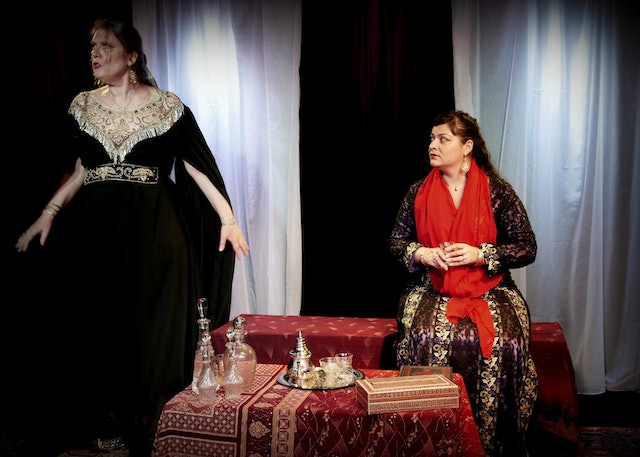 Slideshow
11 imagesIn France, playwright Malene Girot Daquin wrote a play about Tahirih, the heroic follower of the Bab who was the first woman to recognize Him as a Manifestation of God. The drama does not portray Tahirih as one of the actors, but some of her poems are recited.

Tahirih’s inspiring life has prompted other stage performances and efforts to recall her important contributions. In North Macedonia, for example, a poet is translating Tahirih’s verses into Macedonian for the bicentenary.

Calling to mind the history of the Babi Faith, the community of Camberley, United Kingdom, has been telling stories in community gatherings about the Letters of the Living, the Bab’s first 18 followers who each independently recognized Him in 1844. “The impact of connecting to these early believers has been phenomenal,” says Shadeh Rahimi-Irandoust. “In different social spaces, these names and this history come up. Researching and telling these stories have brought that period to life and made it much more relevant for us.”

Seeing the relevance of the Bab’s message to today is one of the topics explored in an album of music being recorded in honor of the upcoming bicentenary by Spain’s Baha’i community. Artists from around the country and the Canary Islands are writing and recording pieces in a diversity of genres and styles as well as different local languages from Spain. The piece below is called Bienamado Bab, which means Beloved Bab, and is about the Bab’s announcement to humanity.

Young people in Switzerland have written and narrated a short film about the life of the Bab in the style of a Kamishibai theater, a form of street theater and storytelling from Japan. “When I was growing up, there were many things I didn’t know about the lives of the Manifestations of God,” explains Emma Burnand, 14, who helped make the film. “It was helpful to learn more about these Figures myself, and then prepare the Kamishibai theatre to share our new knowledge.”

Hungary’s Baha’i community is one of several that is channeling an interest in the Faith’s history into a printed publication. A 46-page book published in honor of the bicentenary details the 10 days that ‘Abdu’l-Baha spent in Budapest toward the end of His two-year journey through Europe and North America. During His visit to the city, ‘Abdu’l-Baha gave lectures to full halls and had many more intimate conversations, explaining to countless people the Baha’i Faith’s teachings and their relevance to the life of societies He was visiting.

To beautify their neighborhood, young people in Chisinau, Moldova, were assisted by a local artist in painting a mural. Moved by this spirit of service, fellow youth joined the project as it got underway. The artwork includes this passage from the Baha’i Writings: “So powerful is the light of unity that it can illuminate the whole earth.” 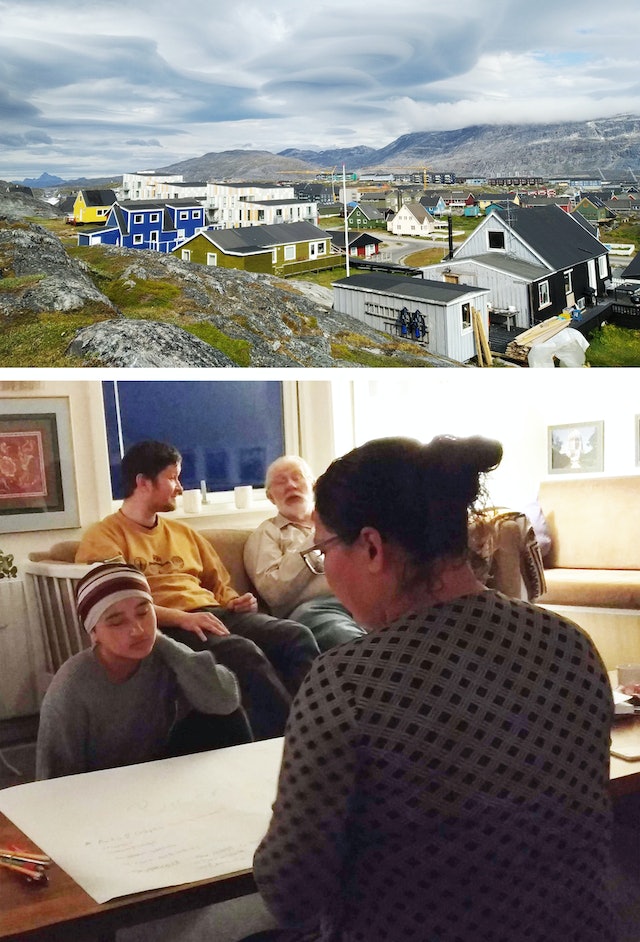 Slideshow
11 imagesThe community of Nuuk, Greenland, has also been preparing for the upcoming bicentenary. At a recent gathering, participants explored ideas for how to commemorate the Bab’s bicentenary. “The spiritual atmosphere was so wonderful,” a community member expressed.