Reggae was there at the birth of the nation – Bob Marley performed at the Zimbabwe’s Indepedence Day celebrations in 1980 – and reggae’s distant descendant is now chronicling the nation’s troubles.

Some have sung at government rallies. One is even a government minister.

But a number of them are now expressing veiled discontent with the Mnangagwa administration, part of a more widespread disillusionment with the post-Mugabe transition.

“You get a feel of what Zimbabwe looks like, with all its contradictions, when you listen to these songs,” said Tanaka Chidora, a literature professor at the University of Zimbabwe and an expert on Zimdancehall.

After white minority rule ended in 1980, Zimbabwe was ruled for 37 years by Mugabe. Once an icon to many Africans, Mugabe grew increasingly despotic, persecuting the Ndebele minority, wresting farmland from white owners and driving the economy to ruin.

In August 2018, Mnangagwa’s military fired on opposition supporters and killed six in a move that conclusively quashed hopes that the president would be an antidote to the authoritarianism of Mugabe. Within a month, that sense of gloom was reflected in Zimdancehall music.

“All I ever wanted was freedom,” sang Poptain, a rising Zimdancehall star, in his September 2018 song, Freedom. “Instead we are getting ‘free doom’.”

In January, the army launched the most brutal crackdown yet under Mnangagwa in which 17 protesters were killed, 16 raped, 26 abducted and more than 900 arrested, according to a coalition of 22 Zimbabwean rights watchdogs.

By February, these events had found their way into Zimdancehall as another young star, Tocky Vibes, issued a strikingly direct challenge to the army in his new song, Zvitori Nani, or “It’s Better”.

As the year progressed, Zimbabweans grew increasingly angry at daily power outages, water cuts and fuel shortages as well as tightening restrictions on rights and freedoms. In July, their fury was reflected in the latest work by Lady Squanda, one of Zimdancehall’s leading female artists.

“We are tired, we are done,” she sang in her song Kuchaya Mapoto, or “Beat the Pot”.

She sang, “We are tired of this government, and we need a new one.”

Though Zimdancehall says something about the country’s current political moment, the genre emerged from the commotion of an earlier one. As Mugabe grew increasingly autocratic and isolationist in the early 2000s, his government banned Zimbabwean radio stations from broadcasting most foreign-made music.

To fill the void, broadcasters often favoured Zimbabwean musicians whose work was closely derivative of foreign genres such as Jamaican dancehall, an offshoot of reggae. But over time, those local artists began to branch out, DJs grew more willing to distribute more experimental work and audiences grew keener to listen to it.

“It created a generation which was hooked to the local vibe,” said Wallace Chirumiko, who, under the alias of Winky D, was one of the first artists to inflect foreign genres with a Zimbabwean flavour.

Zimdancehall was one of the emergent new genres — a local spin-off of Jamaican dancehall that used Shona instead of Jamaican English, and sometimes incorporated the mbira, a metal keyboard closely associated with traditional Zimbabwean music.

Previous generations grew up identifying with chimurenga music, an older Zimbabwean genre closely associated with the country’s liberation struggle. But in recent years, Zimdancehall, instead of chimurenga or Western genres such as R&B or hip-hop, has become the primary musical touchstone for deprived youngsters living in crowded city districts.

“R&B doesn’t relate to the ghetto life that we live,” said Stephen Kudzanai Mamhare, a popular new Zimdancehall star better known by his stage name, Enzo Ishall. “But Winky D mentions the life that we know.”

Zimdancehall’s most famous production studio, Chillspot Records, is both an embodiment of life in the Zimbabwean underclass and a route out of it. 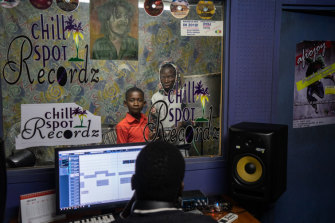 Since its founding in 2012, Chillspot has enabled a steady pipeline of Zimdancehall rappers, including Mamhare, to escape their rough neighbourhoods through achieving national fame. But the two-room studio remains headquartered in the same converted bedroom in the same squalid tenement in which it was founded seven years ago.

For most Zimdancehallers, performance fees – which can reach $2000 – are their only source of revenue. Few consistently distribute their music through iTunes or Spotify.

To reach their fan base, they often send their music free to WhatsApp groups — and the result is a genre that is easily accessible to the poorest in the country and highly popular among them.

For that reason, Zimdancehall has sometimes been co-opted by the same government that many of its artists implicitly criticise. 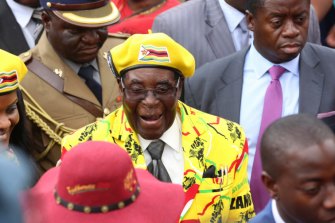 Several artists have been hired in recent years to perform at rallies for Mugabe and Mnangagwa’s political party in a bid to boost the latter’s standing. Some have sung in praise of the government.

“The Zimbabwean economy is organised in such a way that the government is the godfather,” Chidora said. “You have a long history of Zimbabwean artists who side themselves with power in order to survive, and Zimdancehall is no exception.”

Such is the government’s grip that even those artists whose music seems critical of the government are frightened of it being framed that way. In separate interviews, Tocky Vibes and Poptain denied their songs were aimed at the government. Winky D denied his songs had any political content whatsoever.

“I believe that he’s scared,” said Sandra Gazi, who performs as Lady Squanda. 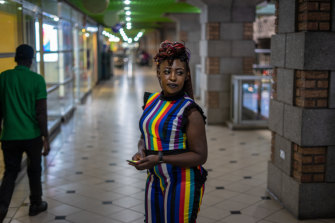 Only Gazi would admit to the political nature of her work – and encouraged other Zimdancehallers to be as blunt about their songs as she is.

“There are some artists who sing indirect, but I think it’s high time that we should become open,” said Gazi.

“We need a new government,” she added. “We are just sick of it.”

Most Viewed in World