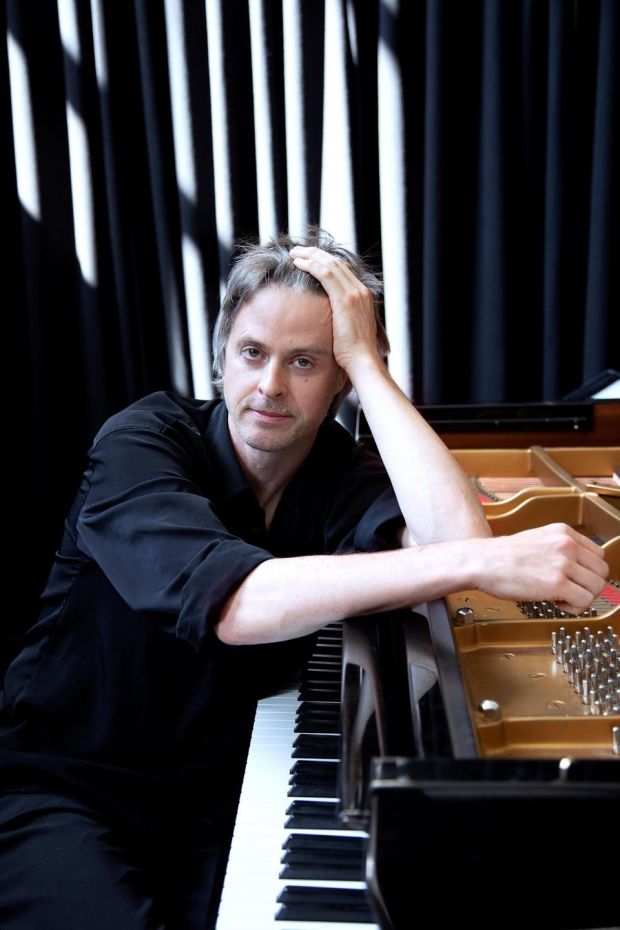 The day I met up with Andrew Synnott was the day he had made his conducting debut with the RTÉ National Symphony Orchestra. He conducted a morning concert in which members of the Bluebell Community Development Project performed their own compositions with the orchestra in the main auditorium of the National Concert Hall, and the event was the climax of a two-year long project.

Next month he will become the first living Irish composer to have a work featured on the main stage of Wexford Festival Opera. His specially commissioned La cucina is part of a double bill, sharing the limelight with Rossini’s Adina. And it’s not his first involvement with Wexford. His short opera Dubliners, which grew out of an Opera Theatre Company Opera Hub commission, was premiered in the festival’s ShortWorks programme in 2017.

In person, Synnott is reserved and ruminative. His diffidence at times seems strong enough to make him the opposite of the person in the old joke who goes in a revolving door behind you and comes out in front of you.

He was born into a musical family in Duleek, Co. Louth. His mother loved opera and his grandfather played traditional fiddle, and piano lessons were de rigueur.

At the age of 11 his father asked him whether he would rather go to school at St Finian’s in Mullingar or St Mary’s in Drogheda. He chose St Finian’s with its Schola Cantorum and sees the skills he acquired as an organist in that specialised musical environment as being central to his character as a musician.

”Skills like improvisation and sight-reading,” he says, “made me the musician I am. Sight-reading is a crucial skill for a jobbing piano player or jobbing organist. And improvisation is the thing that kind of fed into my life as a composer.”

Success in the organ competitions of the Feis Ceoil led to an invitation from Gerard Gillen, titular organist of Dublin’s Pro-Cathedral, to become organ scholar there. And he also served in the same role under Mark Duley in Christ Church Cathedral.

”I learned a huge amount from both men,” he says. “Gerard was very free-spirited and I was able to thrive under that. Mark was entirely different, very focused and specific – the specificity of musical detail was something that I really picked up off Mark. The journey of my musical life from then until now has been to try and introduce specificity into various things that I do, while maintaining an element of that freedom and joie de vivre of the Gillen years.” And he also studied for an academic music degree at Trinity College.

The organ skills, he says, “led to gigs, mostly as a piano player,” even though organ-playing skills don’t always translate successfully into the world of the piano. “If you’re in pursuit of something in the music, something that is in the spirit of the music,” he says, “you will find it in some way or other. You have to be able to make mistakes, and have the opportunity to correct them.”

He never limited himself in any way in his head. “Being a musician can and should lead naturally into all kinds of music and all kinds of roles within it.” So he never felt himself to be an organist or a pianist or a composer. “I always felt, hey, there’s something over here that I’d like to try – like conducting. The first thing I conducted was Trinity College Singers. It just seemed natural to me to give it a go.”

They were, he says, a great bunch of people, and it seemed natural for him to write music for them to perform, even though he had no training whatsoever as a composer. “I had written a choral and organ piece for the choir of St Finian’s. That was the only previous thing I had written. Once I was studying in Trinity, writing music seemed to be an inevitable consequence of being a performer and an improviser.”

In other words he doesn’t identify himself as any kind of specialist, merely as a musician. “One side effect of the way things were happening was that it was slightly confusing. Especially when people asked what do you do and wanted the word musician narrowed down a bit. For a good while I didn’t quite know what to say. And to an extent, now, I still don’t.

“I see myself as a musician who needs to express himself in all kinds of different ways in order to feel like I’m doing what I should be doing. I’m an organist, harpsichordist, pianist, accompanist, répétiteur, arranger of all kinds of music, from pop to operas and, lately, lots of orchestral music, and conductor of operas, principally. But then pretty much anything I’ve been asked to do I’ve given it a go. I’m interested in all kinds of music so therefore I see no reason not to try.”

He is also, of course, a composer of all kinds of music as well. He wrote a cabaret with Gavin Kostick for Camille O’Sullivan. He was also a founder member of Crash Ensemble, which “was vastly important to me in terms of focusing my mind on where I fitted in in the world. There was huge excitement when it started, and I was feeding off the energy of it as much as anyone else. It left me slightly bewildered about where my own musical expression would fit in. Because my aesthetic didn’t fit into the Crash aesthetic. I felt that I had something else to say and it took me a while to extricate myself from that movement.”

Composing opera, he says, grew out of “being an opera practitioner, firstly. Before I wrote an opera I did love opera. I love theatres. I love being in them. When some people are young they want a Ferrari. I coveted a hand-held cordless screwdriver, just from seeing the lads backstage working at Opera Theatre Company. There’s always a magic backstage in theatres. And in theatres extraordinary things happen. People go beyond what you might expect them to do, beyond what you think is possible, sometimes.”

Simply put, “I get excited by opera. There’s all that theatricality and then there’s the incredible sensation of the human voice on top of it, blowing it up into something special.”

His first experience down at the Wexford festival was “fabulous”. Each year the festival is “an amazing, energetic burst”. The year Dubliners was presented Rosetta Cucchi, the festival’s incoming artistic director, was directing Alfano’s Risurrezione. She heard Synnott’s work and said she really liked it. “I didn’t know that the co-production of Rossini’s Adina with the Pesaro Rossini Festival was in train. Rosetta had the idea of adding a prequel to the 75-minute-long Adina.”

The production of Adina “has this layered wedding cake as its set. La cucina, with an Italian libretto by Rosetta herself, is basically, at its simplest level, the disastrous baking of that cake for the wedding.” 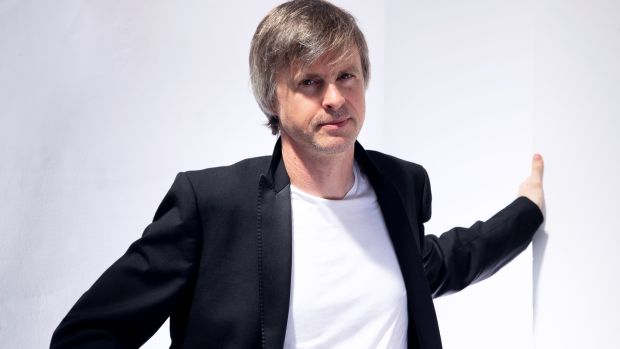 In person, Synnott is reserved and ruminative. His diffidence at times seems strong enough to make him the opposite of the person in the old joke who goes in a revolving door behind you and comes out in front of you.

Synnott’s elevation to the main stage at Wexford is only the latest in a long line of operatic successes from Irish composers. Irish opera was once a real rarity. Now it’s flavour of the month for composers, and their works are being performed. What’s happened? “What I’m hearing about what audiences are going to is that they’re going to ‘events’ rather than, say, plays. They want events. And opera somehow falls into that event category in a way the Symphony Orchestra doing a new Irish piece doesn’t.”

Synnott began his first opera, Breakdown, written with John Breen, around 2007, and it made it onto the stage of the National Concert Hall in a performance by the DIT Conservatory of Music and Drama in 2015. Did the composer who began working on Breakdown have any premonition of a future that would see him at the Wexford Festival? “No. In fact, after Breakdown was done, I felt in my efforts to try and interest people in that work that I was never further away from that. At the time I felt there was no future for the piece, because it was too big.

”What I hadn’t counted on was that things build. If you’re doing positive stuff it leads to positive things. That’s how my work in the Opera Hub in OTC happened, through Breakdown. And then, subsequently, how my connection with Wexford came about. So I’m here now, and absolutely delighted to be here, even though I wasn’t expecting it.”

And he’ll be there for some time to come. Next year he will become the festival’s new chorus master and also its first composer in residence. In the meantime he has more opera ideas, “at the storyboarding phase,” and he’s “very keen” to write a concerto. “So all commissioners out there, take note. A piano concerto would be great. Partly because there’s a bridge between opera and symphonic music in the concerto. It’s that kind of dramatic dialogue. I think I would have something to say, there.”