Amazing space, how sweet the sound. Westminster Hall is the new performing arts venue at Westminster Presbyterian Church in downtown Minneapolis. It opened in January 2018 and quickly became the new home of the chamber music ensemble Accordo and the Source Song Festival. The men’s vocal group Cantus performs its Minneapolis concerts there.

An article published in The Journal on January 2018 described the hall as “designed for both quiet, individual prayer and new Sunday evening worship services with a band.” Its acoustics, size (a 400-seat sweet spot), flexibility (it can be configured multiple ways) and physical beauty have grown it beyond church-related uses. Also, it offers free on-site parking, no small thing.

In October, Westminster Hall will launch its own performing arts series. Senior Pastor Tim Hart-Andersen sees it as a way to connect artists more closely with the community. Minister of Music and the Arts Amanda Weber pictures it breaking down barriers between artists and audiences. The inaugural series is varied and diverse.

Oct. 11: Nachito Herrera. The famously fiery Cuban pianist will launch the series with a concert that also features Cuban food.

Nov. 1: The South African gospel choir 29:11. They sang with the Minnesota Orchestra during Sommerfest 2018, a celebration of Nelson Mandela’s centenary. They’ll be here as part of their “iForgive” tour, with music of reconciliation and healing.

‘Give Me Liberty’: a love letter to people on the margins

Watching director Kirill Mikhanovsky’s “Give Me Liberty” is like standing in a gale-force wind, but with a big smile on your face.

For much of the film, Vic (Chris Galust, in his first acting role) drives a worse-for-wear medical transport van around the streets of Milwaukee, where roads are blocked because of a protest. The van is crammed like a clown car with elderly Russian immigrants, people with disabilities, and a charismatic Russian boxer who might be a scam artist. Everyone is talking (in English and Russian) at full volume, a white-haired man is playing accordion, and the boxer is eating a chicken he stole from someone’s kitchen as Vic takes corners at top speed.

Mikhanovsky’s first job when he came to the United States was driving a medical transport van, and he draws from his own experience in this labor of love that’s also a love letter to humankind. Almost no one in this film has ever acted before. Most of the cast is drawn from Milwaukee’s Russian immigrant community and a vocational training program for people with disabilities.

A scene from the motion picture “Give Me Liberty.”

Galust was discovered in a baking shop in Brooklyn. His character can’t say no to any request for help, no matter the inconvenience or threat to his livelihood. Lauren “Lolo” Spencer, who plays Tracy, a young woman with ALS, is a young woman with ALS and a disability lifestyle influencer on Instagram. This should be her breakthrough role, meaning directors should be messaging her like crazy after this film. Maxim Stoianov, who did some acting before this film, is irresistible as Dima, the boxer with a hollow leg.

“Give Me Liberty” is big of heart, generous of spirit, and brilliantly filmed, with constant motion and flow. How did Mikhanovsky keep it all from falling apart? We started out skeptical but were instantly engaged and sorry to see it end. Also sorry to write so late about it. FMI including trailer, times and tickets. Now playing at the Film Society’s St. Anthony Main Theatre, it closes Thursday.

Thursday at Magers & Quinn: Christopher Ingraham presents his memoir “If You Lived Here, You’d Be Home by Now” in conversation with Tom Weber. To Minnesotans at least, Ingraham will always be the Washington Post data reporter who wrote a story in 2015 calling Red Lake County “the absolute worst place to live in America.” He was pummeled by the internet – and invited to visit. Which he did. Soon after, he and his family moved from Baltimore to Red Lake County and have lived there ever since. Ingraham’s memoir – subtitled “Why We Traded the Commuting Life for a Little House on the Prairie” – came out Tuesday. Weber is a former MPR News host. 7 p.m. FMI. Free. 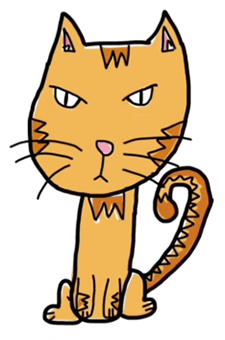 Thursday at the Film Society’s St. Anthony Main Theatre: MinnAnim8.  The eighth annual festival of homegrown animation includes films created by youth, students, and independent animators right here in Minnesota. See the films, meet the filmmakers and ask them about their work. Youth/Student Showcase at 6:45 p.m., Independent Animation Showcase at 7:30 p.m. Your ticket gets you into both. FMI, trailer and tickets ($9.50/6/5).

Friday at Lake Harriet Bandshell: Minnesota Orchestra: Symphony for the Cities. An end-of-the-summer tradition for more than 40 years. Associate Conductor Akiko Fujimoto will lead the orchestra in a program that starts with Stanislaw Skrowaczewski’s arrangement of “The Star-Spangled Banner” and ends with John Williams’ “Throne Room and End Title” from “Star Wars.” In between: delightful music by Brahms, Dvorák, Mozart, Rimsky-Korsakov and Mussorgsky/Ravel. 7 p.m. Free.

Friday through Sunday at the Ordway Concert Hall: Opening Weekend: Jeremy Denk Plays Schumann’s Piano Concerto. Schumann wrote his one and only piano concerto for his wife, Clara Schumann, who premiered it in Dresden on December 4, 1845. Known as a work in which the piano and the orchestra interweave and interact, it will be framed by Rossini’s Overture to The Silken Ladder and Schubert’s Symphony No. 2. Hearing SPCO artistic partner Denk play is invariably a great pleasure. 8 p.m. Friday and Saturday, 2 p.m. Sunday. FMI and tickets ($12/30/50; free for children and students). Saturday’s performance will be followed by a season opening celebration at the St. Paul Hotel. FMI and tickets ($150). Can’t attend in person? You can live stream Sunday’s  concert.

Saturday at Crooners: As Only Women Can: A Day-Long Festival of Music by Women, Performed by Women and Celebrating the Experiences of Women. Did you know that Crooners is owned by a woman? Mary Tjosvold is a business owner, humanitarian and former chair of the American Refugee Committee. So it’s no surprise that she wants this festival to benefit others, specifically organizations that improve the lives of children and families. Look for them in the Fireside Room if you go. Held on all three of Crooners’ stages – in the main room, the Dunsmore Room and the Lakeside Tent – this might be the biggest women’s music festival ever held in the Twin Cities (or nearby). Performers include Joyann Parker, Patty Peterson, Debbie Duncan, Laura Caviani, Mary Jo Gothmann, Connie Evingson and Erin Schwab. Here’s the complete schedule Doors at 2 p.m., music from 3-10 p.m. FMI and tickets ($30-50).