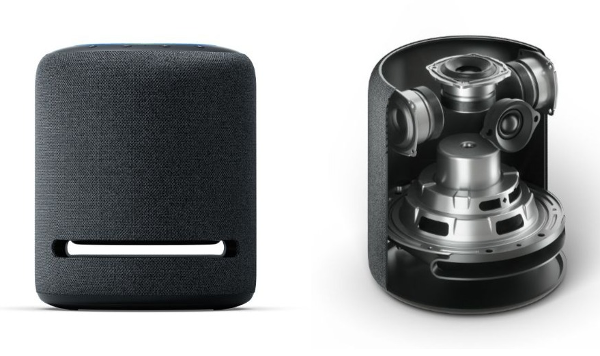 Until now the Dolby Atmos object-based surround-sound format has been used primarily to add dimension, including a sense of height, to movie soundtracks.

Dolby described Atmos as a tool artists can use to give music more space and deliver a more emotional listening experience. “Dolby Atmos music is a new experience for artists and fans,” explained Dolby president Todd Pendleton. “It opens a new creative palette for musicians to experiment and express themselves with their recordings.”

In a press statement, the company further described Atmos music as a “way to connect with music at its fullest capacity and creative potential — not the way most people hear music today, but a version that pulls you into a song to reveal what was lost with traditional recordings…to discover hidden details and subtleties with unparalleled clarity.”

Grammy Award winning singer/songwriter Alicia Keys, who recently hosted the unveiling of a “visual sonic installation” for her new single “Show Me Love” and performed live at Dolby SoHo a new “experiential space” in New York City’s SoHo district, had this to say about music encoded in the immersive sound format:

“Dolby Atmos is a new creative medium and art form that allows me to completely immerse my fans and transport them inside my music. When I first heard it, I was stunned! I’ve never heard music sound like that before! This is the ideal way to listen to music. It’s like hearing my music for the first time.”

Dolby worked with Amazon to create a music listening experience for its Echo Studio smart speaker that “pushes past the boundaries of the mono and stereo solutions found in most smart speakers today.”

Amazon says the Echo Studio, which will sell for $200 when it ships in early November, is the best sounding speaker in its Alexa-enabled Echo series. The compact speaker, which bears an uncanny resemblance to Apple’s HomePod, was engineered to deliver an “immersive, three-dimensional audio experience with Dolby Atmos.” It houses a 24-bit digital-to-analog converter (DAC), 330-watt (peak power) amplifier, and five drivers — a 1 inch tweeter, three 2-inch midranges, and a down-firing 5.25-inch woofer — in an 8-inch-tall cylindrical enclosure.

One or two Echo Studio devices can be paired with Amazon’s Fire TV Stick 4K or Fire TV Cube for multichannel playback in Dolby Atmos or Dolby Audio 5.1. The speaker also supports Bluetooth streaming and has a built-in Zigbee smart home hub that can be used to control compatible smart home devices.

For more information on Dolby Atmos and music, visit soho.dolby.com.

Atmos Remix of ‘Kind of Blue’ to Premiere in Munich