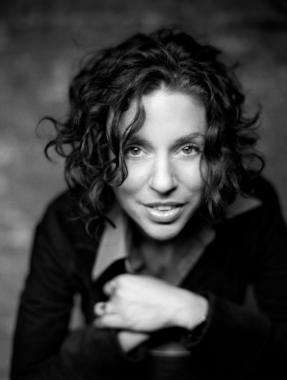 Juneau Afternoon host Sheli DeLaney had the opportunity to interview musician Ani DiFranco as she passed through Anchorage this week. The prolific singer-songwriter was on her way to headlining Salmonfest in Ninilchik this weekend.

In May of this year, DiFranco published her memoir, “No Walls and the Recurring Dream.” It is full of stories and insight about being a self-made, independent, unsigned musician, and the many struggles, missteps and triumphs she has experienced along the way.

Among other things, they discussed the early days of DiFranco’s career, when she often played to indifferent crowds in her hometown of Buffalo, New York.

“I sort of miss the days of winning people over,” she quipped. “Now I can walk into a welcoming atmosphere, but back in the the day when I was just walking in cold, there’s something to that that I kind of relish, that I kind of miss, you know? Because it’s much more like the rest of the world, where you just show up as strangers … and you can just start clean.”

DiFranco is as well-known for being a feminist and an activist as well as a musician. Currently, she is focusing her efforts on reproductive rights and making a point to talk about it a lot onstage.

“Our collective evolution is thwarted when we prevent women from becoming themselves,” she said.

DiFranco also has an album in the works called the “Prison Music Project.” It features music, poems and raps recorded by men in prison, and she hopes the project will bring awareness to the system of mass incarceration in the United States, which she labels as a crisis.

“We’re all fallible,” she said. “Some of us get second chances, and some of us don’t. And I think we need to look at that and why.”

When asked about the experience of narrating the audiobook version of her memoir, the first response is a resounding “UGH!” While she enjoyed exploring a new form of writing, she said with a laugh that the recording of the audiobook was “traumatic.” It went against nearly all of her creative instincts.

“I felt like, this is too much,” she said. “I can’t just speak this level of intimacy into a microphone for anybody with $10.95!”

Later, DiFranco realized that when she is writing and creating art, the mechanism she has for doing that is to pretend she is alone and no one is listening. Narrating her book brought her to a whole new level of exposure and sharing, and she had to admit to herself that the game of pretend was over.

“No Walls and the Recurring Dream,” a memoir by Ani DiFranco, is out in bookstores now.

DiFranco will perform on the main stage of Salmonfest in Ninilchik on Friday August 2, at 9:15 p.m.

Music and Memoirs: An Interview with Ani DiFranco

We get it. There’s a lot going on.

Insightful (and entertaining) context for Alaska news from The Signal, the free Alaska news email you’ll wish came more than once a week.