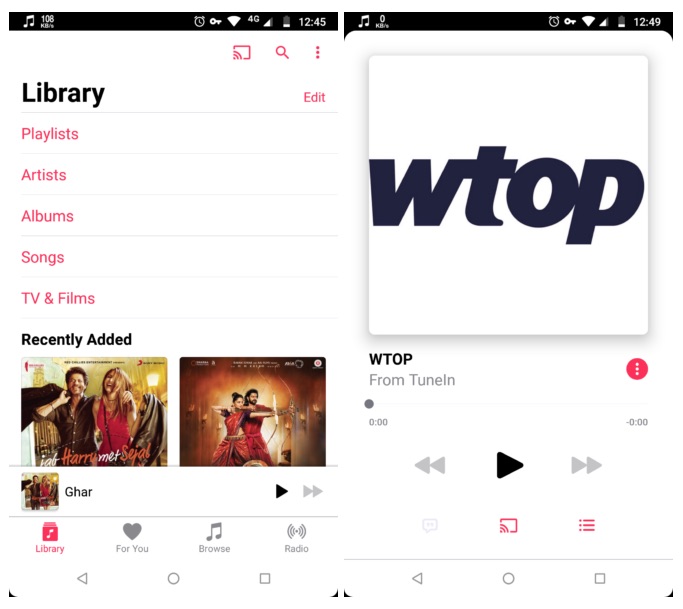 The latest beta version of Apple Music for Android includes Chromecast support, allowing users to stream songs and playlists from the service over Wi-Fi to Chromecast-enabled devices like the Google Home.

As noted by Android Police via AppleInsider, the cast icon will automatically appear on the now playing screen and elsewhere in the app if there is a compatible Chromecast-enabled speaker or TV connected to the same Wi-Fi network as the Android smartphone. Playback can still be controlled on the phone.

The latest beta of Apple Music for Android also provides access to over 100,000 broadcast radio stations from sources like TuneIn and iHeartRadio. And last month, in an earlier beta, the app gained a dark mode.

Android users can sign up for the beta via Google Play.