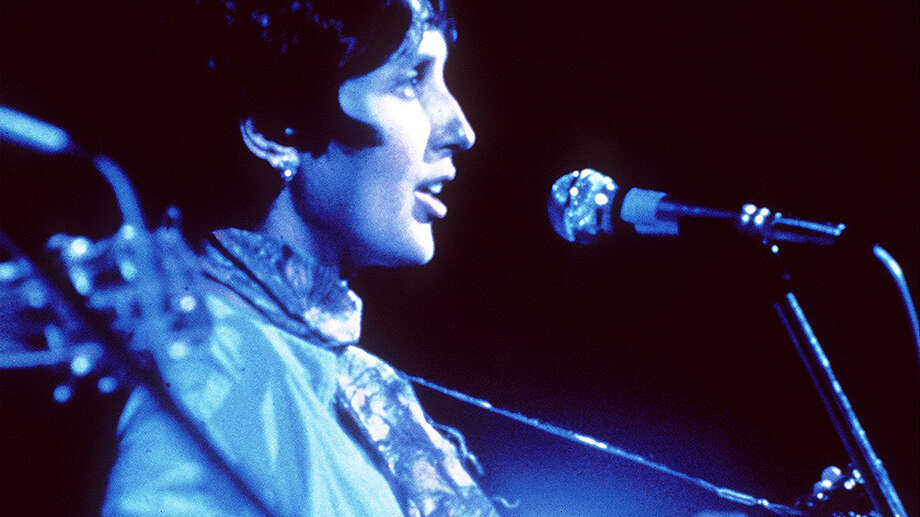 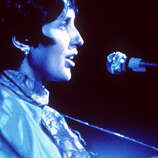 As Woodstock Turns 50, the Fest’s 10 Most Sacred Music Moments (Watch)

Cars were left abandoned along the New York Interstate. Electrical and speaker systems fuzzed and popped. Amps blew then went silent. The rain was endless as the mud sank deep and rank. Young children ran naked and dazed through crowds of strangers. Food was scarce. Water, unclean.

Looking back, Woodstock seems a more apocalyptic, than utopian, vision. But somehow the legacy of the 1969 festival, held this weekend 50 years ago, emerged unscathed, entering the annals of history as an event on par with glimpsing God. This is in large part due to the music itself — unparalleled performances by artists who were not only introducing a new sound, but also revolutionizing the very experience of live music. Woodstock was the first true mega-concert, a sensory explosion for performer and listener alike.

Few artists, before or since, have performed to a crowd that large — estimated at half a million strong. And while most in the audience could barely hear what was happening on stage, the performances live on in recordings. Watch 10 of Woodstock’s most sacred musical moments below…

Joan Baez
Though in many ways Baez has been relegated to the status of sweet-voiced folk icon, in reality, her swagger pre-dates the spit-in-your face fury of punk rock. Baez not only introduced the world to Bob Dylan, she held her own on stage with him and countless other male talents of the day, eyeing them across the microphone with an audacity that felt like a challenge. At Woodstock, her gutsy authority is on full display. Six months pregnant, she steps defiantly in front of the crowd, completely alone save an acoustic guitar, performing much of her set a capella, armed only with her voice and unwavering grit.

Mountain
Mountain guitarist and lead vocalist Leslie West appears nearly euphoric throughout the band’s awe-inspiring set, his sweet moon-face wet with salt and sweat, his voice ragged and harshly soulful, an occasional glimpse of a missing front tooth lending a Lost Boy charm to his fringed leather look. Mountain’s music sounds like its name — heavy, jagged, massive, immovable. Amid the band’s frenzied Woodstock reverie, West offers up not only shamanic vocals, but one of the most powerful guitar performances in three days crowded with riff-legends in the making.

Sly and The Family Stone
No other band engaged the crowd like Sly and the Family Stone, with its glitter, silk and fringe, call-and-response cheers and, of course, frontman Sly himself. A true showman, he struts and stomps, sunglasses reflecting spotlight, pacing the stage like a ringmaster taming wild lions. Joyfully interracial, the San Francisco psych-funk pioneers were a sprawling mix, the band a crowd unto itself, with a full horn section and backup singers.

Ten Years After
Yet more mind-melting guitar mastery by Ten Years After’s Alvin Lee, captured at the very moment when he and his band dominated the British blues rock genre. Another highlight is Lee’s pre-Bowie glam rock interpretation of Elvis’ vocal histrionics, the latter’s Sun Studios/Memphis sound, as if sung by a swashbuckling pirate just as he leaps from the rigging. Lee knows how to work the crowd and he and the band takes what might have felt unoriginal, stale and all too familiar, and turns into giddy high drama and ecstatic homage.

Janis Joplin
Joplin had arrived at Woodstock in a helicopter shared by Joan Baez and the two women sauntered onto the stage with a similar sense of both control and abandon. With her peacock strut and the thunderous vocal authority, Janis Joplin’s feathers are spread here in their full and colorful glory. Although she was already in the throes of a heroin addiction, which would kill her just a year later, at Woodstock she’s captured with her talents joyfully intact, a rock ‘n’ roll queen at the height of her reign.

Santana
More tribal ceremony than musical performance, Carlos Santana offers up himself wholly up to the Woodstock crowd — his stage an altar of utterly infectious, flawless guitar riffs as rock turned neatly to ritual. Michael Shrieve, Michael Carabello and Jose Areas all contribute to percussion here, creating a driving rhythmic beat that is impossible to resist, a foundation upon which Santana builds. High above the congas, his guitar sings and floats, swooping, diving and lifting again — in one of Woodstock’s most unparalleled musical performances.

Richie Havens
The first performer to take the stage the festival, Havens was relatively unknown to the Woodstock crowd, but the power of his performance would mark his career to come. Raw but precise, professional but also wildly exploratory — Havens took the kids on an emotionally complex journey, through the strident political cry of “Freedom” to the delicately plaintive, “I Can’t Make it Any More.” The very first to face the largest audience in live music history, Havens manages to comes across as totally in control and self-possessed, while at the same time offering a poignant, moving and completely vulnerable — if mostly improvised — performance.

Crosby Stills Nash & Young
Although we don’t see Neil Young in the Woodstock film footage, what would become his signature guitar sound and distinct vocal style could be heard loud and clear throughout the CSNY set, which would go down as one of the band’s most charmed and sweetly earnest performances. Even more impressive: it was their first ever live gig. Still freshly birthed and quite obviously elated to be playing Woodstock, their harmonies rang for miles even of, as Stills remarks at one point, they were “scared shitless.”

Creedence Clearwater Revival
In what is arguably one of Creedence’s finest live moments ever, the group united with a humid ease just as John Fogerty’s now-legendary vocals were finding the extent of their swampy depths. The band is bonded here musically, wandering through loose, sensual, high strut improvs, as if meandering together lazily through a maze of Spanish moss and old oak, the air thick and the bayou rife with crawfish.

Jimi Hendrix
It was 8:30 in the morning when Jimi Hendrix finally hit the stage, the last act following three long days of Woodstock. He played for two full hours, a frenzied and unrelenting barrage of guitar roar in a performance that would ultimately make the most indelible mark on the festival’s 50-year history, despite the fact that only 30,000 of the fest’s half million attendees remained. Those who were awake, sober and hadn’t yet abandoned the trash-strewn muck of Max Yasgur’s dairy farm, were treated to a sight and a sound to behold and never be forgotten. It was a moment that would come to represent the very essence of the era, as Hendrix closed the festival with his version of the “Star Spangled Banner,” reworking the American anthem to showcase his own playing, in all its furious and liberating glory.