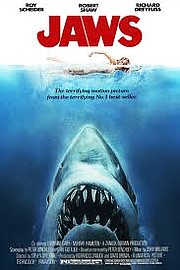 Hear the music of the Tapestry Album

Byrnes will perform the entire album in order, capturing the spirit of what Rolling Stone called “one of the greatest albums of all time,” with songs that include “I Feel the Earth Move,” “It’s Too Late” and “Will You Still Love Me Tomorrow?”

Tickets for the 7 p.m. show are $25 for adults, and $22 for seniors, available online at www.prescottelkstheater.com, by calling 928-777-1370 or at the door one hour prior to the performance.

The Prescott Summer Concert Series continues with more music over the coming week.

Up next is jazz by the Northern Arizona Big Band Tuesday, Aug. 13, and the Central Arizona Concert Band Thursday, Aug. 15, followed by Toucan Eddy on Friday, Aug. 16. All concerts start at 6 p.m.

The movies keep coming too, with more Movies at the Elks, featuring

“Jaws,” at 7 p.m. Wednesday, Aug. 14, at the Elks Theatre and Performing Arts Center, 117 E. Gurley St. Admission is a cash donation of any amount.

More than 12 fights are scheduled, including Prescott resident Kevin Barberena taking on Northern Arizona’s Randy Yellowhair for the lightweight title. Danny Hilton of Prescott is also scheduled for a fight.