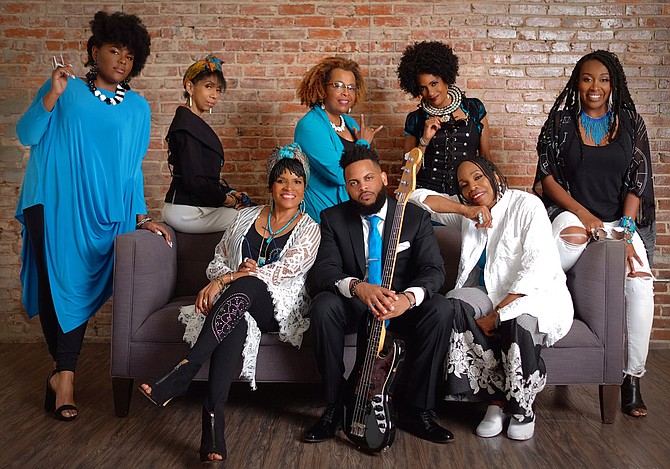 “Sweet Honey in the Rock.”

Photo courtesy Center for the Arts

For nearly three decades, the Center for the Arts has offered the best in the performing arts to Northern Virginia audiences. This year is no exception. The “Great Performances Series at Mason” will continue its long-standing tradition of exceptional Holiday-themed events.

For the upcoming Holiday season, audience favorites return, including “A Chanticleer Christmas,” the American Festival Pops Orchestra and the Vienna Boys Choir. There will also be a visit from the family friendly “The Very Hungry Caterpillar Christmas.”

However, the Center is not standing pat with its seasonal scheduling. A singing group will be making their Center debut. It is the renowned, Grammy-nominated and Washington, D.C.-based African American a cappella ensemble Sweet Honey in the Rock. The group will perform Holiday songs from across the country and around the world with its program called “Celebrating the Holidays.”

“We’re thrilled to be presenting Sweet Honey in the Rock in their Center for the Arts debut. This internationally-renowned a cappella ensemble will be sharing a really special program that celebrates holiday traditions from across the globe,” said Adrienne Byrant Godwin, programming manager, Center for the Arts.

For “Celebrating the Holidays,” Sweet Honey will present its luminous harmonies with sign language interpretation. The group’s finely-honed a cappella sound will range from African to blues to gospel and jazz. “Celebrating the Holidays” will be an unusual fusion of traditional American holiday spiritual songs and hymns, as well as songs from other cultures and religions ranging from Africa to Israel.

In a conversation with Sweet Honey member Aisha Kahlil, she spoke of “the great variety of music” that the group will perform.

Godwin also announced an addition to the afternoon performance of Sweet Honey. “As a very special treat, audiences should also plan to arrive early to hear Anointed Vessels of Unity, Mason’s student gospel choir.” The student group will give a free performance in the Concert Hall Lobby before Sweet Honey in the Rock performs.

Sweet Honey in the Rock in performance at the Center for the Arts, George Mason University, 4400 University Drive, Fairfax. Performance: Saturday, Dec 7, 2019 at 4 p.m. Tickets: $30, $43 and $50. Call 703-993-2787 or visit www.cfa.gmu.edu Note: The Sweet Honey in the Rock performance will be sign language interpreted in ASL. In addition, the Mason student gospel group, the Anointed Vessels of Unity, will give a free performance in the Concert Hall Lobby from 3:15 to 3:45 p.m.