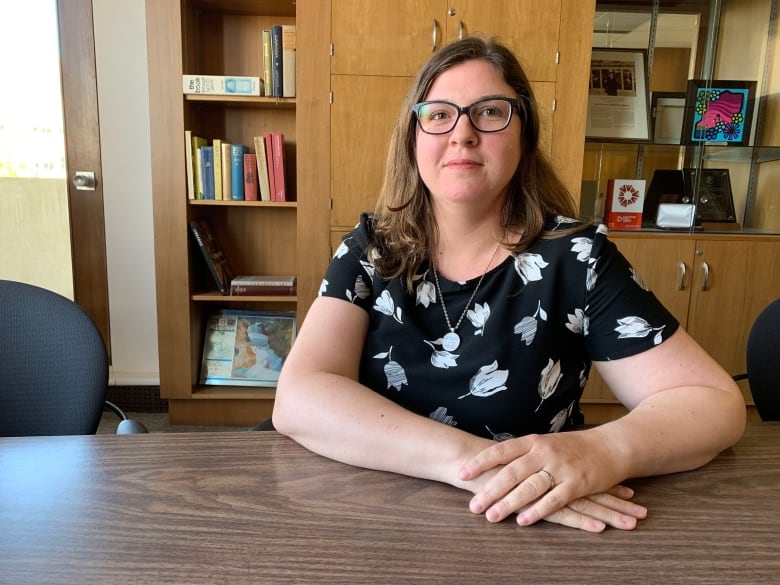 The Saskatoon Public Library (SPL) service says it recently started playing classical music on the outdoor speakers of its downtown branch not to shoo away hangers-on but to provide a calm atmosphere for people in and out of the building.

“For our [Frances Morrison] branch, one of the things that we’re really working on is we have a goal of creating a more welcoming and safe streetscape outside the library,” said Beth Côté, SPL’s director of public services.

“We’re working on that inside our library as well.”

Three pre-existing but newly-rewired speakers on the 23rd Street front facade began sampling selections of library CDs in late August — everything from Bach to the third movement of Vivaldi’s Spring violin concerto.

The music recedes as one enters the library proper, though the library has previously played such music in the second-floor fine arts area.

The library service’s CEO, Carol Cooley, recently wrote in a report to the SPL board that “we will monitor incidents and activity over three months to determine if the [outdoor] music has a calming effect.”

On Tuesday, Côté said the music is not about calming people but about “having a calm, comfortable space.”

Côté said the library monitors everything, from the feedback it receives about the music — much of it positive so far — to the number of people going through its doors to the number of times police or ambulances are called to respond to incidents.

Beth Côté, the library service’s director of public services, said the outdoor music is meant “for the betterment of everybody who is coming into the library, everybody who wants to be out there.” (Guy Quenneville/CBC) ‘Environmental designs’

In other cities, classical music is used to deter people from stores and facilities. 7-Eleven has used it to prevent loitering at its Los Angeles stores, while London subway stations have played it to prevent unwanted behaviour.

“From my understanding these ‘environmental designs’ don’t calm individuals in so much as they displace them to other locations,” Kara Fletcher, an associate professor at the University of Regina’s Faculty of Social Work, said via email.

Côté with SPL said she couldn’t speculate on what other places do, “but our goal here is to create that welcoming atmosphere.”

The library does not want to alter the environment in a way that would result in “a negative change,” Côté added.

Taris Martell hangs outside the library regularly. She’s homeless but stays with her mom occasionally, she said.

The music won’t disperse people because it’s the camaraderie in front of the library they seek, she said.

“Every day they come back. It’s not because of the music,” she said.

Still, Martell said she’s not a fan of the library’s musical offerings so far.

“It sounds like opera,” she said Tuesday while sitting on one of the library’s outdoor benches, a set of over-the-ear headphones hugging her neck. 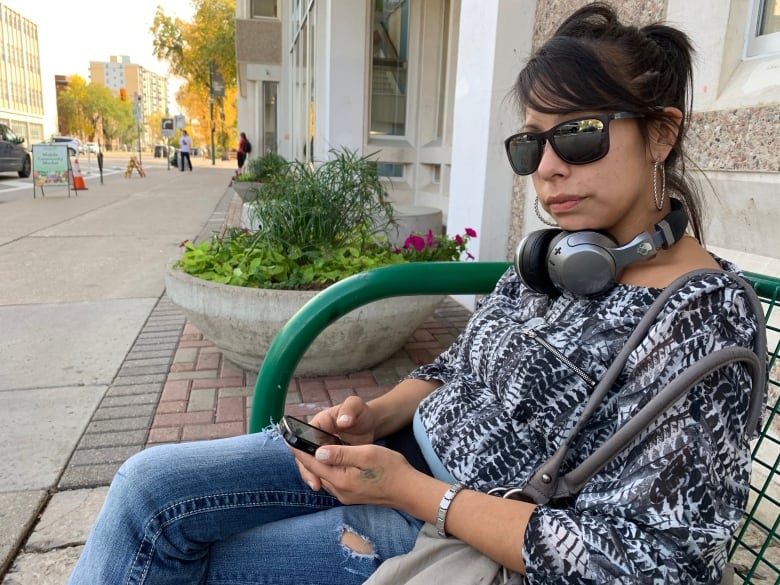 She’d prefer some pop or country music, she said.

The volume from the outdoor speakers seems louder at night after the library closes, Martell added.

“I don’t believe the volume is higher at night but we could look into whether it feels that way for people in the quiet of night and it might be something we need to adjust over time,” Côté said in response to that comment.

Another homeless person who hangs around the library, Wendell Malloy, said he found the music “sardonic.”

“It was very sarcastic when they started playing it because there was a lot of gang activity out front. The feeling really suits the joke mood because a lot of us feel we’re in hell,” he said.

Malloy added he did not feel like the music was meant to tell him to go away.

The downtown library branch has broadened its services in recent years. And the library has done much to become an inclusive space, said Jason Mercredi, the executive director of AIDS Saskatoon.

In 2018, the library began training staff in how to administer naloxone, a drug used to counter the effects of opioids. More recently, the library has hired social workers to help vulnerable patrons deal with their needs.

Côté said the music is in keeping with other changes the library is making to enhance its outdoor surroundings, including new public art installations. 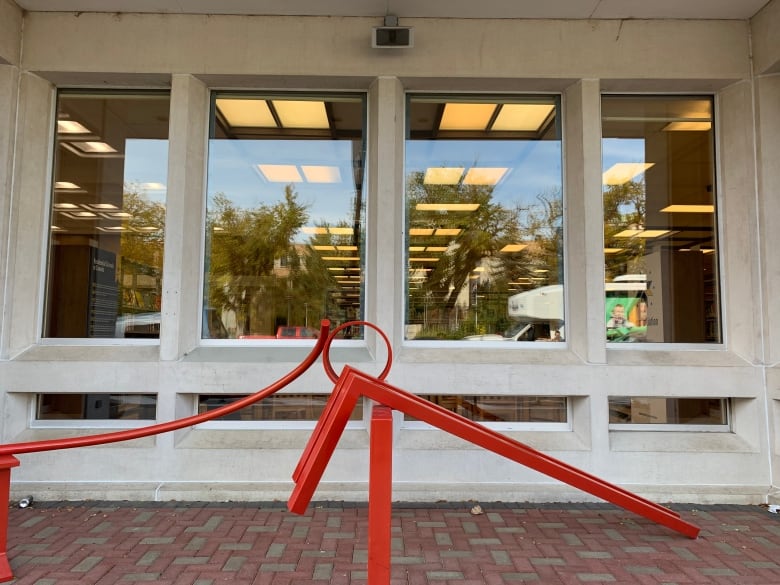 “You’ll notice that we’ve increased our lighting around the outside of the building. The music is part of that as well,” she said.

The outdoor music comes comes as the library prepares to report back to city council soon on its plans for a new downtown library branch — either renovation of the existing, out-of-code building or a move to a new location.

In a survey of library users last year, one of the main desires expressed was for the new library to be “a welcoming and accessible hub.”

According to a report summarizing the feedback, “[Patrons] envision a new central library as an inclusive place where everyone feels welcome — a community living room.”

Respondents also called for “a variety of individual and private spaces for quiet use.”