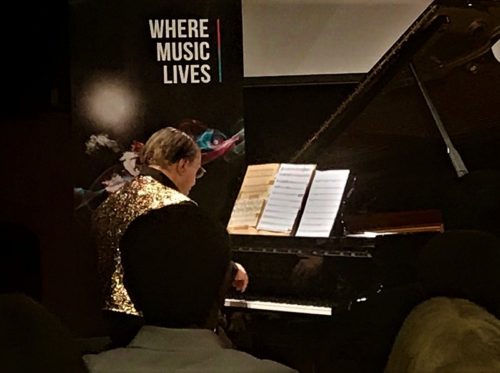 A CROWD of former students, eminent musicians and well-wishers packed into the Larry Sitsky Recital Room at the ANU School of Music last night to celebrate the 85th birthday of the man after him the room was named.

In what proved to be an evening of “more music and less talk”. The head of the school, Kim Cunio, gave an eloquent introduction to the life and work of China-born Larry Sitsky, now recognised all around the world, who, back in the 1960s, had made his life and career in Canberra, writing mighty works of music, including a full length opera staged in Sydney Opera House.

It was Cunio himself as baritone who began the evening with Edward (“Teddy”) Neeman at the piano singing from Sitsky‘s work, “Both Of My Bones”. 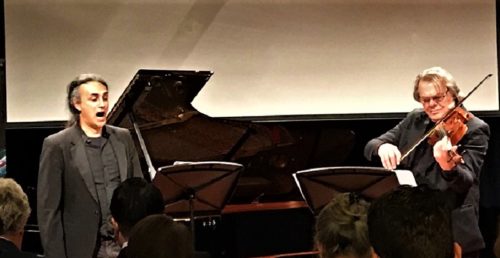 That was followed by a cycle of seven songs sung by Cunio to violist Tor Fromyhr (one of Sitsky‘s former students). The songs were inspired by mystics from around the world from Depot to roomie. 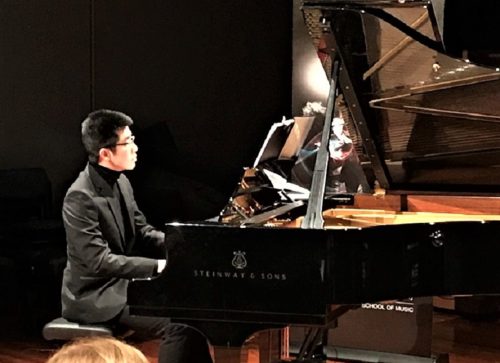 Before intermission the brilliant young School of Music graduate and pianist, Aaron Chew, performed seven excerpts from Sitsky’s Piano Sonata No. 4, which well-illustrated the composer’s life-long quest for a spiritual dimension in his music.

Visiting from the Western Australian Academy of Performing Arts at Edith Cowan University, forte pianist Prof Geoffrey Lancaster, told those present it was generally agreed that Sitsky could play almost anything on the piano; this was later to be demonstrated. He described Sitsky as essentially a “romantic” in the best sense of the word.

Eloise Fisher on clarinet and Neeman on piano — both of them doctoral graduates from the Juilliard School—then performed Sitsky’s extraordinary “Necronomicon – 18 aphorisms for clarinet”, at times wildly passionate, at others light-hearted and whimsical.

Before Cunio concluded the evening with a Hebrew blessing, the piece de resistance came with Sitsky’s own performance of Rachmaninoff’s Elegie and Polichinelle, from his ”Morceaux de fantaisie, Op. 3″.

“CityNews” music reviewer Tony Magee was there and says: “Through Larry Sitsky’s interpretation of Rachmaninoff’s Elegie and Polichinelle, from his”Morceaux de fantaisie, Op. 3” we are hearing one of the last living links to 19th century piano technique.

“This includes a relaxed weight technique, economy of motion, bell-like clarity in tone production and the bringing out of inner voices within the harmonic structure of the piece. In addition, Sitsky employs something that is referred to as ‘breaking of hands’, whereby the left hand slightly proceeds the right or sometimes lags. It was a style of the late 19th and early 20th centuries.

“A Sitsky piano performance offers the listener a glimpse of a bygone era, where the great pianists established what is possibly the greatest era of interpretation.”

A long weekend of events to honour the composer will be held at the Moscow Conservatoire from September 27-30 with Sitsky present and Neeman performing, concluding with a reception and performance at the Australian Ambassador’s residence.