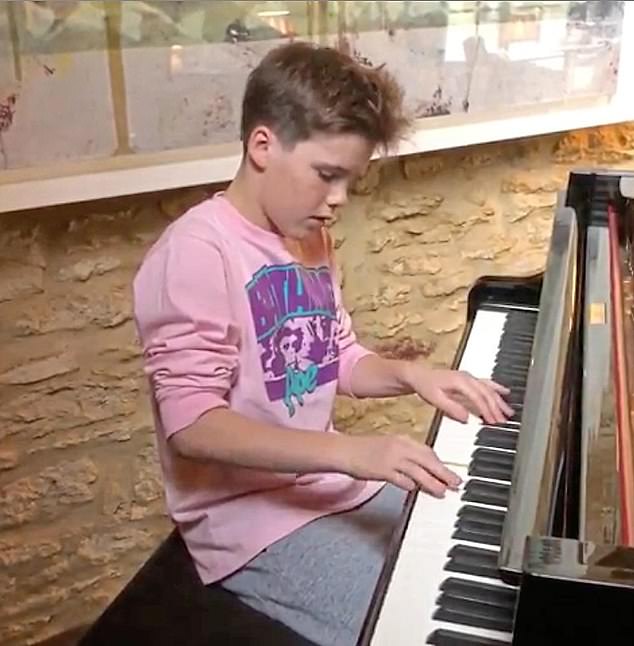 Showbiz mogul Simon Fuller created both the Spice Girls and Brand Beckham so he could be forgiven for expecting he would mastermind young Cruz Beckham’s fledgling music career.

But I can reveal that Cruz’s parents David and Victoria have put the kibosh on him taking on their youngest son, who they hope will become a pop star in his own right.

Sources close to the pair say they have opted instead for Scooter Braun, 38, the man behind Justin Bieber and Ariana Grande, in a bid to ensure that 14-year-old Cruz has someone ‘younger and fresher’ to manage him. 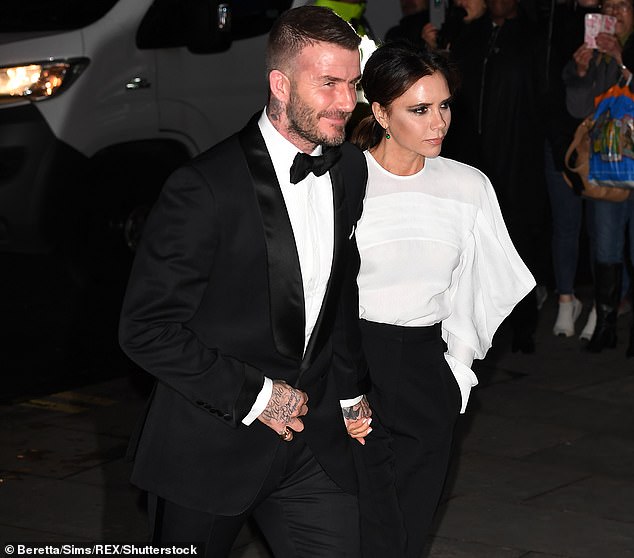 One told me: ‘Cruz has a very successful future ahead of him, especially if he puts the work in, as he is a talented young man.’

Last week it emerged that Posh, 45, has loosened her ties with Fuller, 59, who had been loyal to her since the mid-1990s when he managed the Spice Girls. She stuck with him when she went solo and he also backed her fashion line, Victoria Beckham.

She has signed with the world’s largest talent agency, William Morris Endeavour, which represents global superstars such as Adele and Calvin Harris. It has also agreed to represent her clothing company.

The company has stakes in Beckham’s brand business, Seven Global, partnerships business David Beckham Ventures and his football club in the US, Inter Miami FC.

Braun was hired as Cruz’s manager before he released his first single If Every Day Was Christmas in December 2016, a short-lived shot at fame as the Beckham’s decided Cruz was too young at only 11. 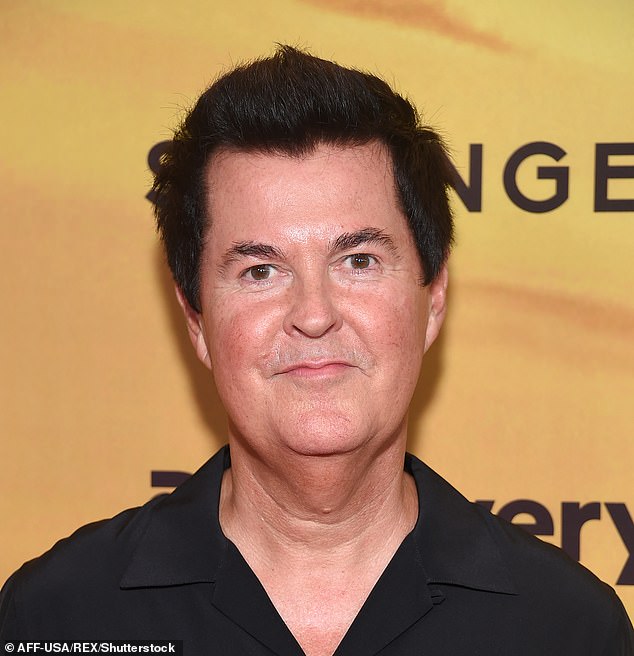 Last week it emerged that Posh, 45, has loosened her ties with Fuller (pictured), 59. She stuck with him when she went solo and he also backed her fashion line, Victoria Beckham. Meanwhile David, 44, paid Fuller £40 million for his 33 per cent of Beckham Brand Holdings 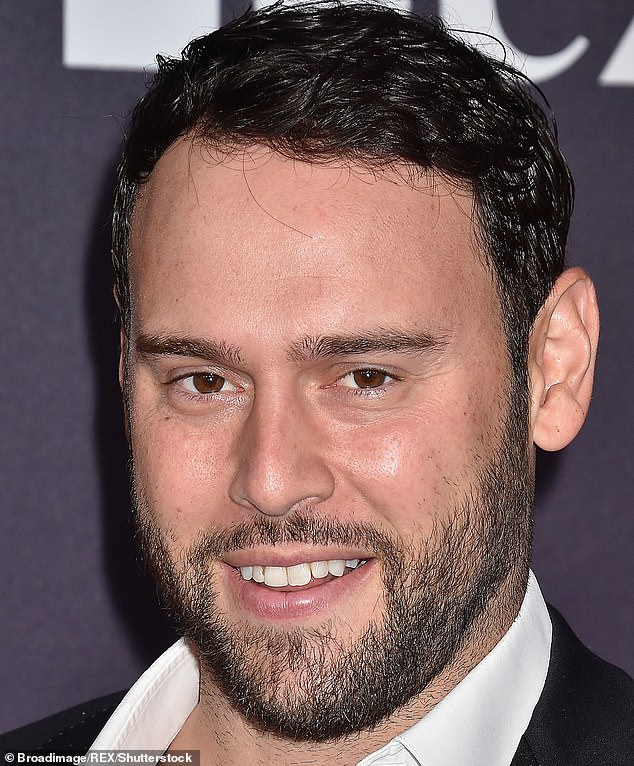 Sources close to the pair say they have opted instead for Scooter Braun (pictured), 38, the man behind Justin Bieber and Ariana Grande, in a bid to ensure that Cruz has someone ‘younger and fresher’ to manage him

Fuller is reported to have seen huge potential in the youngster and wanted to be involved.

‘But that didn’t happen and neither will it going forward either,’ says my source. ‘David and Victoria want a clean break and they want Cruz to be with someone a little more trendy.

‘Scooter has proven success with young stars and he has catapulted them to credible, global fame.’

A source close to Fuller denies he wanted to manage Cruz. He said: ‘Simon would not take on one of the Beckham children.’

Coleen Rooney has been getting increasingly angry with former escort Helen Wood, 32, for discussing her liaison with her husband Wayne to promote her book, A Man’s World.

Now I hear she has taken the matter into her own hands by calling Helen to ask her to ‘give it a rest’ as Coleen is concerned her eldest son Kai, nine, might learn of his father’s infidelity.

Coleen, 33, has form for such behaviour. I’m told she also repeatedly called Laura Simpson, the owner of the VW Beetle Wayne was driving when he was arrested for drink driving in 2017, to warn her off. You can hardly blame her… 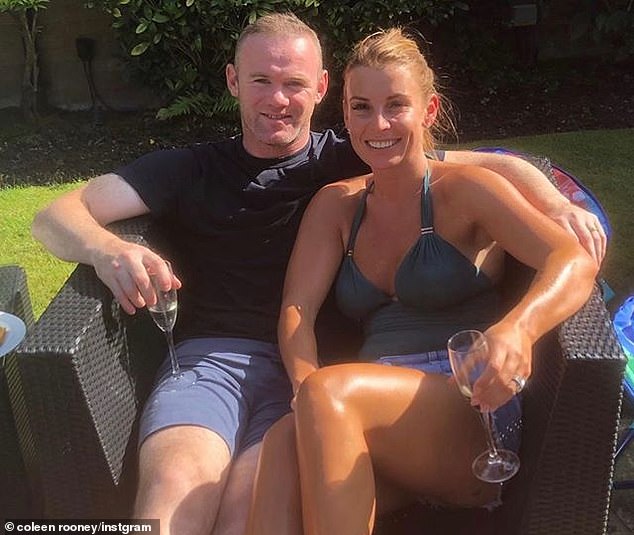 Coleen Rooney has been getting increasingly angry with former escort Helen Wood, 32, for discussing her liaison with her husband Wayne to promote her book, A Man’s World 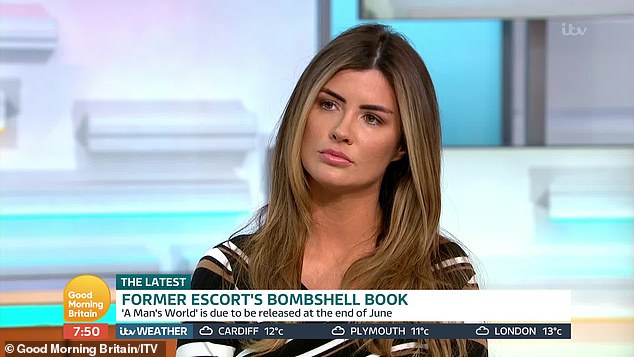 It must be tough being Guy Ritchie. I hear that the 50-year-old Sherlock Holmes director’s plan to build an air-conditioned wine cellar at his £9 million mansion near Salisbury is on hold pending an archaeological investigation.

Wiltshire Council say the cellar ‘will directly affect’ the Listed early 19th Century house so now he has to wait until after the summer to see if his plans are approved.

Can’t he just get a bigger fridge?