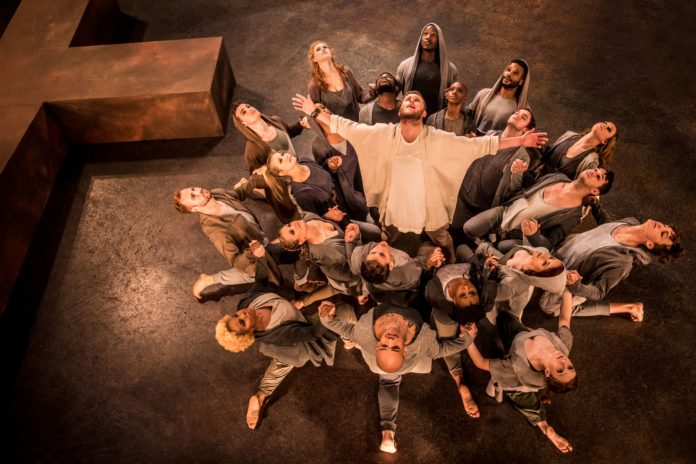 Dallas Summer Musicals (DSM) and Broadway Across America have rescheduled “Jesus Christ Superstar,” now coming to the Music Hall at Fair Park July 6-18. The musical replaces “The Cher Show,” which has cancelled its national tour.

The production won the 2017 Olivier Award for Best Musical Revival, garnering unprecedented reviews and accolades. Appealing to both theater audiences and concert music fans, this production pays tribute to the historic 1971 Billboard Album of the Year, and creates a modern, theatrical world that is uniquely fresh and inspiring.

With music and lyrics by Emmy, Grammy, Oscar and Tony winners Andrew Lloyd Webber and Tim Rice, JESUS CHRIST SUPERSTAR is set against the backdrop of an extraordinary series of events during the final weeks in the life of Jesus Christ as seen through the eyes of Judas. Reflecting the rock roots that defined a generation, the legendary score includes “I Don’t Know How to Love Him,” “Gethsemane,” and “Superstar.”

DSM is working with the producers of “Rent” to reschedule the performances that were postponed this spring due to COVID-19 restrictions. All performances for the remaining shows in Dallas Summer Musicals’ season are expected to go on as scheduled. “Jimmy Buffett’s Escape to Margaritaville” runs July 28-Aug. 9 at the Music Hall at Fair Park.