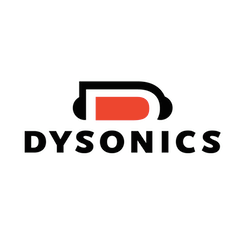 Mr. Teevens holds more than 15 years’ experience in senior management positions for innovative multimedia systems and software companies. Most recently he was CEO at Comhear, Inc. where he launched an award-winning beamforming audio platform called MyBeam for commercial and consumer applications. “Perry has a wealth of experience focused on innovative software solutions in consumer and enterprise space” said Kevin Duncan, Dysonics Chairman. “As we transition from R&D to commercial licensing and partnerships for our immersive audio solutions, Perry’s track record of building new revenue streams in consumer and enterprise markets and leading technical organization make him ideally suited for Dysonics”.

Intel Corporation invested in Dysonics in 2016. “I’m excited that Perry agreed to join Dysonics at this pivotal time. His experience is a good fit for the company. I’m looking forward to working with him.” said Sunil Sanghavi, Investment Director, Intel Capital.

“Immersive audio is a fundamental requirement for content capture, creation, and playback. Dysonics has developed the best tools and user experience compatible with existing standards and formats such as Dolby, DTS, and MPEG-H. I’m looking forward to working with this incredibly talented team of engineers and our customers” said Perry Teevens.

Prior to Mr. Teevens’ role at Comhear, he held senior leadership positions at multimedia and software companies including Harman, Skype, Intel, VideoServer, Radvision, and Aricent, as well as holding sales management and business development.