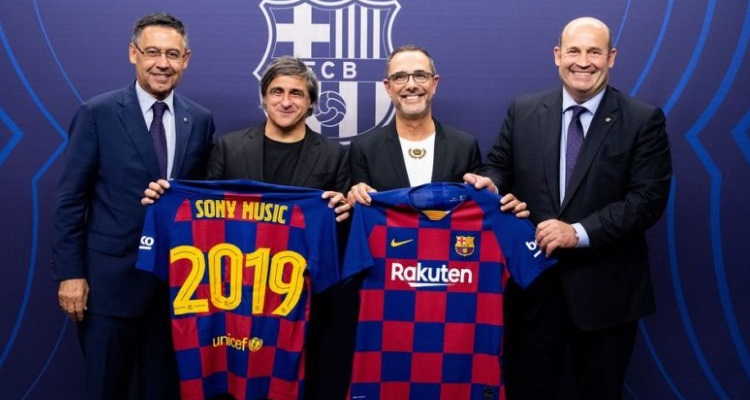 Sony Music and FC Barcelona have announced a new deal that will bring together football stars with music artists.

FC Barcelona says the new joint venture with Sony Music is part of the club’s goal of creating new partnerships.

“With this initial collaboration agreement, we intend to improve the fan experience for our supporters through musical content and innovative audiovisual materials.”

Sony Music Latin Iberia chairman CEO Afo Verde says both companies will benefit from a unique platform to tell stories. The deal with FC Barcelona establishes alliances with leading brands that allow the soccer club to be at the forefront of the sport and entertainment industry.

FC Barcelona says other projects will be revealed in the coming months featuring music from Sony’s catalog.

The move makes sense for the Japanese company as rivals Warner and Universal both operate with recording and publishing arms under one umbrella.  The only outlier is Sony Music Entertainment Japan, which will remain a separate entity.

Sony has been under pressure to form new partnerships after a flat fiscal year ending on March 31st.  Fiscal Q2 2019 financials were much better, with Sony’s music business growing 11%.