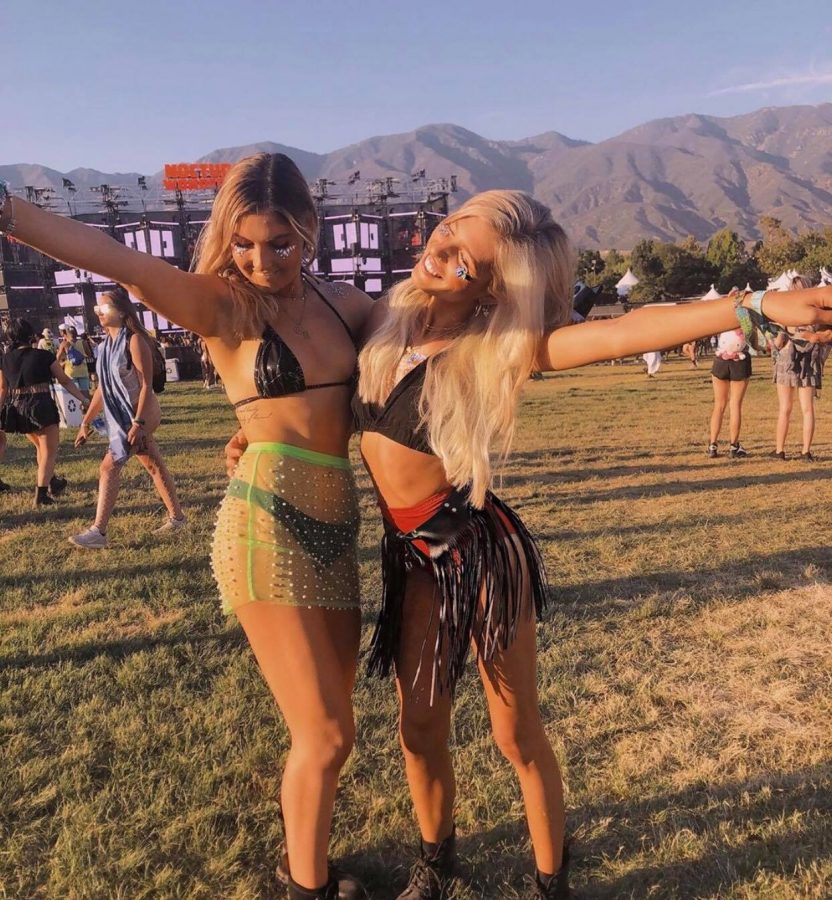 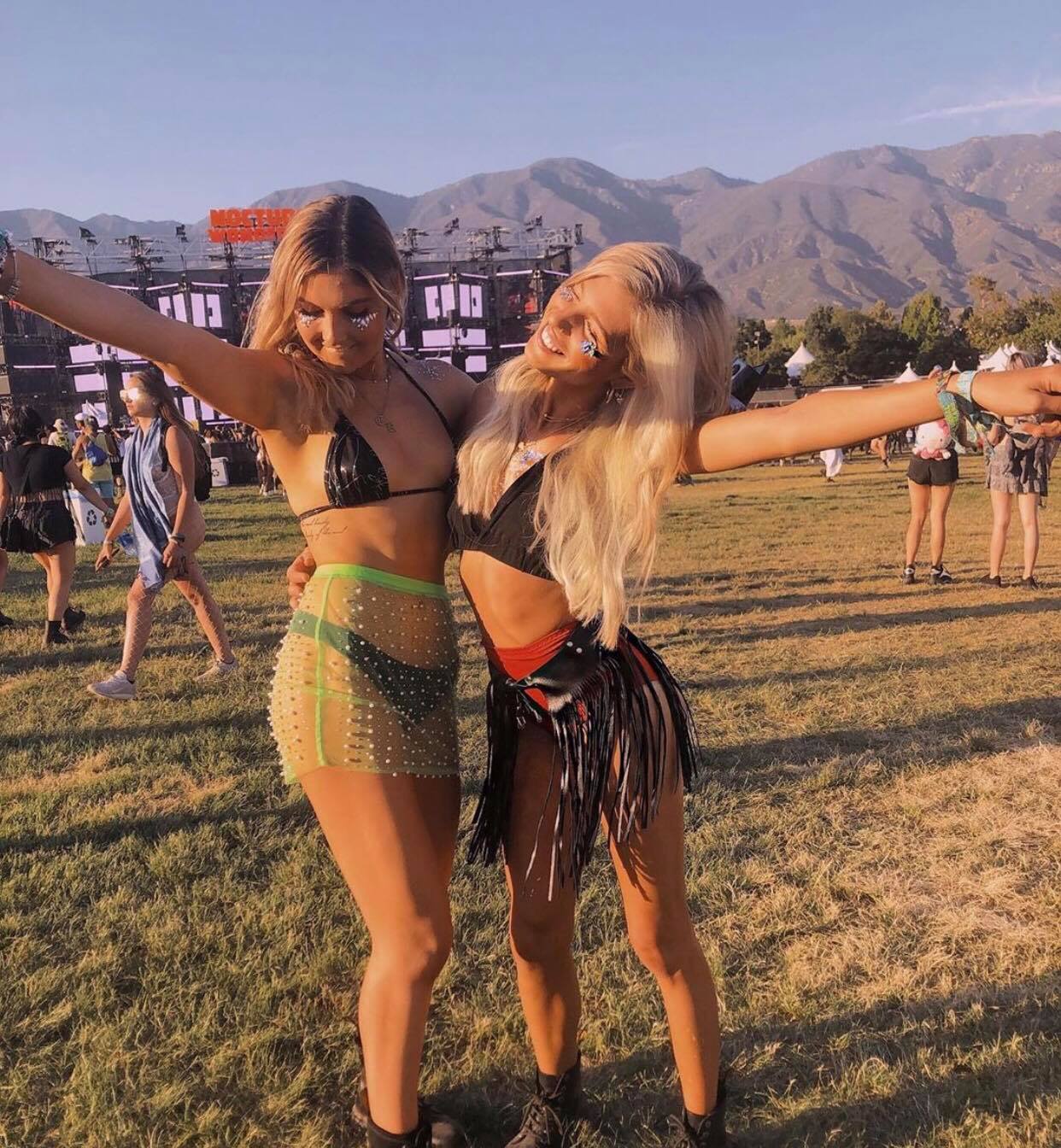 It is not uncommon for college students to escape to a music oasis for a few days. Whether it be a short trek to Coachella Valley or a road trip out of state, festival culture has become the rock and roll movement of our generation. Many of us are familiar with Coachella, Snowglobe, Hard Summer and Nocturnal Wonderland Festival, but these are just a few examples of the music festivals that rock California every year.

At San Diego State, festival culture has deeply integrated its way into the campus culture. These festivals are mainly targeted towards college kids, and its not uncommon for our classmates to be attending at least a couple a year. These festivals are popular ways for groups of friends to gather and go away for the weekend.

Journalism junior Emily Kirshner, spoke about how shocked she was at the manifestation of festival culture once she came to California.

“I am from Connecticut so the festival culture isn’t as big,” Kirshner said. “But when I came to San Diego State I remember going to my first festival with about ten other girls to Snowglobe. It was an experience that left me feeling euphoric for days to come.” 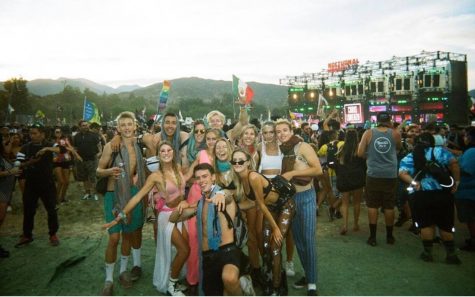 Some students bond over festival culture and experience them together.

What makes these festivals so appealing?

Many students on campus have given their personal opinion on why they think festivals draw so many people every year. Students said the campus atmosphere makes word-of-mouth a powerful tool for spreading the word about these events.

“I learned about many of the festivals through people talking about it on campus,” Kirshner said. “It made me want to see what it’s all about.”

Business junior Calista Callegari believes a big factor of festival appeal is the culture and unique scenario where people from all over can join and support the music they love.

“Festivals have such a huge following because it is a getaway for a few days dedicated to your choice of music with like-minded people all around you,” Callegari said. “It is quite magical.”

Festivals vary in genre, whether it is electronic dance music, hip-hop or pop themed. The culture allows for people to be able to find a festival best suited for their music interests.

“I think what makes them so appealing is that everyone is there for the same reason and it almost makes you feel like you have a bond with everyone,” Kirshner said. “I think that so many people are interested in them because of the popularity of house and EDM music at State.”

“When I went to my first festival freshman year, right off the bat I noticed how carefree everyone was,” Luiken said. “I began to notice people started wearing festival clothing on campus, such as the neons, flowy tops and glitter.”

Students said they have never felt more free to be themselves at festivals. They noticed they could wear whatever they wanted to without the judgment of the outside world constantly on them.

“I feel like a lot of people constantly feel like they need to conform to society, but when a festival comes around, people have the opportunity to forget these standards and let go,” Luiken said.

The carefree environment is a major factor that draws many students in. With the stress of school constantly on students’ shoulders, it can get hard to be able to take a breather. Students said these festivals provide an outlet to express yourself and relax.

“Festivals allowed me to meet so many new friends from State and have a bond over the musical culture we all got to experience,” Callegari said.

However, festivals are not for everyone. Due to its unique culture, some people say they would rather go to a concert instead of a full festival.

Biology junior Ava Vuilleme said while she loves festivals because many of her favorite genres of music are represented at them, she likes to go see individual artists instead of focusing on so many at one time.

“I have been to Coachella, but I personally love the feeling of going to support one artist for one night,” Vuillme said. “It allows me to be able to truly be in the moment instead of spread out.”

Everybody has their own preferences. Some people prefer concerts for the pure aspect of getting to watch one artist the whole night, while others go to festivals to experience lots of artists. Overall, the popularity of festival culture has increased. With so many options of festivals to go, students have the opportunity to try out the festival culture or to stay involved in the culture by continually going to them.

“It is just such a unique event that has become such a phenomenon,” Kirshner said. “I feel like everyone should try it just for the unique experience the festival gives you.”