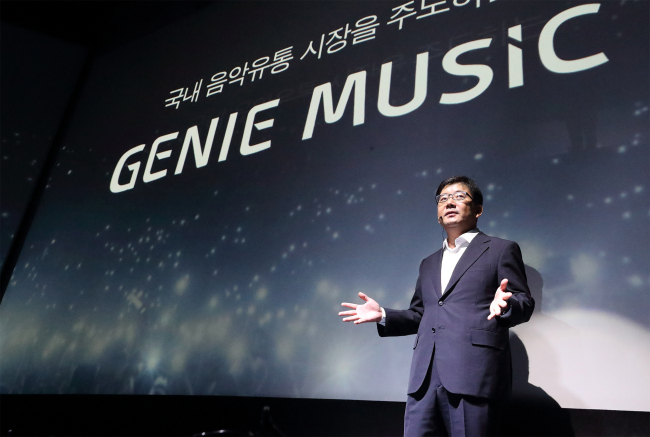 Genie Music, the music streaming platform owned by Korean telecom giant KT, said Wednesday it has recently signed a deal with Tencent Music to supply K-pop for streaming services in the Chinese market.

Genie has distributed K-pop in over 50 countries through diverse global platforms, including Apple Music, Google Music and Spotify. The latest deal paves the way for it to enter the soaring Chinese music streaming market.

“Investors have responded optimistically, and our stocks reached the highest price possible after the announcement. We hope other music providers see it as a good opportunity to jump into the Chinese market as well,” said a KT PR official who wished to be unnamed.

Tencent Music is a joint venture between Tencent and Spotify. Its music platforms, including QQ Music, dominate almost 70 percent of the Chinese market.

But the official declined to comment on whether the new announcement could be interpreted as the Chinse government’s move to ease its unofficial ban on K-pop since the deployment of the US’ anti-missile system THAAD in South Korea in 2016.

On the day, Genie also signed a deal with FUGA to supply K-pop in the Middle East. Last year, the firm won several industry awards for its efforts in pushing K-pop distribution business and garnering $4.8 million in exports.

While the US and Japan are leading the global pop sales, K-pop has ranked sixth globally in terms of profitability for two consecutive years, according to the Korea Foundation for International Cultural Exchange.