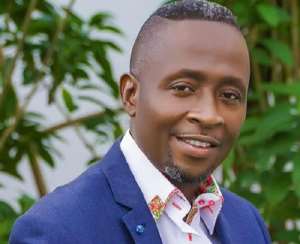 Obiba Sly Collins, a veteran Ghanaian highlife musician, songwriter, and producer, has expressed his worry over the growing perception that highlife music is dead.

He said highlife music is not declining but the future rather looks bright, adding that it is the only music that truly promotes the Ghanaian culture.

“Why do people say highlife is dead? Most of the talented young musicians are doing highlife and making awesome hits. Highlife is not dead and will not die,” he stressed.

In an interview with BEATWAVES, Sly Collins said, “We need to flood the industry with more highlife songs and I believe it’s time we re-brand highlife to meet the demand of its lovers in Ghana and beyond. I will urge music stakeholders to support the highlife music because it belongs to us.”

He mentioned that highlife musicians should be more creative and innovative with highlife music and infuse their songs with elements that appeal to the youth.

He, therefore, urged all managers of hotels, night club, pubs and restaurants in the country to use their facilities to promote Ghanaian highlife music.

Obiba Sly Collins stated that since those facilities are special points of contact for travellers and tourists who visit the country, there is the need to lay more emphasis on it.

He has officially released his latest single titled ‘Wonko Menko’, produced by himself and Philip Owusu.

The veteran musician, who is also an actor, has starred in movies such as Zack Orji’s ‘Tenterhooks’, ‘Small World’, ‘Hour Before Midnight’ (Venus Films) and ‘Called By Fire’ (Charles Okafor).