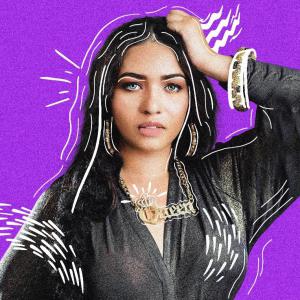 With no significant financial backing, it can be so hard to get attention. This accomplishment proves it is possible!”

NEW YORK, NY, UNITED STATES, September 26, 2018 — It goes without saying that independent artists often receive the short end of the stick. With more mainstream artists dominating the airwaves and overall music scene, performers who are still climbing the ranks to stardom are often left behind. Or, at least, left in the shadows of famous artists.

For Miranda Writes being independent has created a unique niche as an artist and only strengthened her diverse platform.

A performer who refuses to be boxed in, Miranda is a powerhouse with major crossover appeal. Her unique sound has not only been appealing to her vastly growing audience, but a major success in the DJ circuit.

As of September 20, 2018, Miranda Writes’ remixed single “Too Blessed” has risen to number 12 in the pop singles of Digital DJ Pool, a popular platform for DJs to discover new music. The song at one point charted alongside popular artists Jason Drool, Nicki Minaj, Snoop Dog, Ciara and Miranda Lambert.

“The music industry is full of competition, especially as a biracial female indie artist. With no significant financial backing, it can be so hard to get attention. This accomplishment proves it is possible! Presently, I feel ‘Too Blessed to be Stressed’ and am soaking up the positive vibes,” commented Miranda Writes.

Digital DJ Pool is not the only platform where Miranda is gaining headway. Since releasing her latest single “Time to Time,” her music video has received over 130,000 views on YouTube in just over thirty days.

Miranda is set to perform at the popular Apple Fest, taking place October 14, where over 30,000 people gather annually to enjoy fall festivities and local entertainment.

About Miranda Writes: New York City-based artist Miranda Writes creates lyrically-focused hip-hop with an eclectic sound that crosses genres and decades. Inspired by 90′ hip-hop and contemporary music, Miranda has a modern yet back-to-the basic sound powered by original lyrics. In January of 2018, Miranda Writes’ 2017 album Know Your Worth was awarded the 2018 Rap Album of the Year, by the Warlock Asylum. When not on the mic during the winter Miranda loves to snowboard, which opened new commercial markets for her besides music such as fashion, snowboarding, and fitness. Miranda’s goal is to make a positive impact on the music industry and her fans.

For more on Miranda Writes: