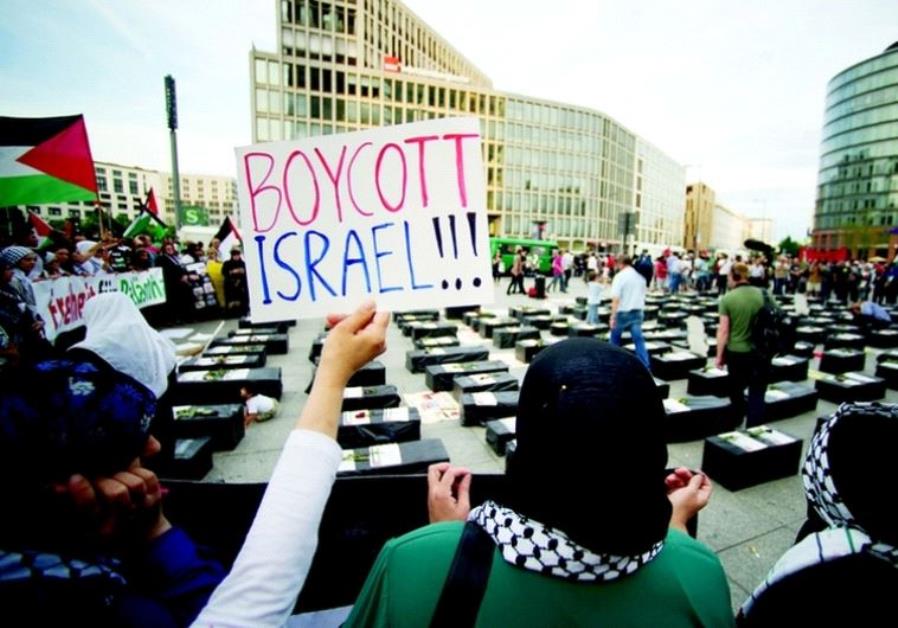 
Israeli filmmaker Eyal Sivan signed an open letter last week supporting a boycott at the international Berlin Pop-Kultur Festival due to its sponsorship from the Israeli embassy in Berlin.

Sivan is also a visiting professor in filmmaking at Sapir Academic College, School of Sound and Visual Arts in Ashkelon.

The letter, published on the website of “Artists for Palestine UK,” was signed by Sivan and 13 other Israeli artists who called on people to boycott the event “given its complicity with Israel’s racist regime.”

The artists claim that the partnership between the festival and the the Israeli government will be used “as part of its efforts to whitewash its occupation” and to “rebrand itself through culture.”

The signatories also condemned the recent decision by the German parliament to designate the Boycott, Divestment and Sanctions movement as antisemitic.

“We agree with 240 Jewish and Israeli scholars who called on the German government not to endorse the recent anti-Palestinian Bundestag resolution that falsely equated the BDS movement for Palestinian rights with bigotry, adding that they ‘are shocked that demands for equality and compliance with international law are considered antisemitic’.” the letter stated.

The Palestinian Campaign for the Academic and Cultural Boycott of Israel (PACBI) wrote on the BDS website that, “Pop-Kultur organisers have repeatedly made clear, in stark, vulgar and anti-Palestinian terms, that partnering with Israel is more important than maintaining its own artistic programme.”

Matan Peleg, CEO of the Israeli watchdog Im Tirtzu that first reported the letter, said that this is another example of the damage caused by radical Israelis.

“While tremendous amounts of resources are invested in Israel and throughout the world to combat the international BDS movement, there are radical Israeli professors undermining these efforts by promoting BDS from within Israel,” said Peleg.

“This is further evidence of how radical Israelis play a leading role in promoting BDS and delegitimization against Israel,” he continued, “and universities must immediately work to root out this severe phenomenon.”

The festival, to be held from August 21 to August 23 in Berlin, is an annual music festival that brings together musicians and artists from all over the world.

In 2018 several artists who were scheduled to perform at Pop-Kultur withdrew because of BDS pressure.

The letter was signed by the following artists: