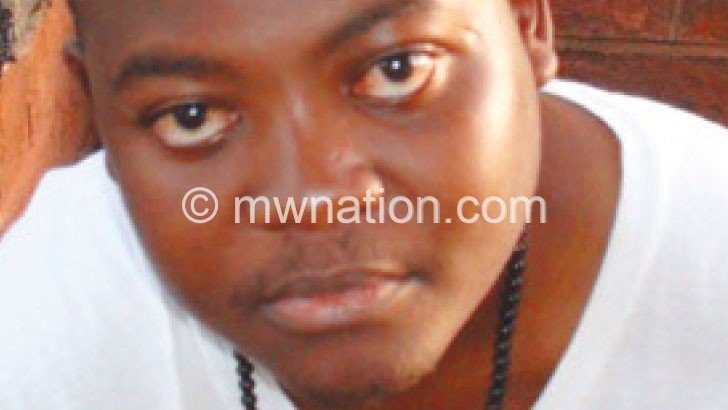 Issues of mental health
continue to haunt millions around the world. While in some countries mental
issues are taken seriously with doctors ready to offer psychological help to
victims, the situation is sadly not the same in Malawi.

Although extreme mental
health issues are dealt with at Zomba mental Hospital, other mild but equally
serious forms of mental illnesses such as depression are largely unattended.

Whether it is due to cultural beliefs or lack of  knowledge, many people struggling with mental issues do not seek treatment.

Kapindu: I have been struggling with mental health issues

It is for this reason that
journalist and blogger Harold Kapindu is tackling the issue in his new album When The Black Sheep Becomes Elephant In The Room. In the album, the artist talks about his personal
struggles with mental issues as a young man.

“I have been struggling
with mental health related issues for a while. As a child, I survived suicidal
thoughts and many fatal circumstances,”he said.

Kapindu, who writes  Urban Trends column on Friday in The Nation newspaper,
said he is glad that he is still alive today; hence, his reason to share his
story with the world through the album and book.

“Despite everything that I
have gone through, God has kept me alive. For this reason, I feel like God is
keeping me for a reason,” he said.

The artist said the album,
which is his sixth, centres around his mental issues as well as his journey to
become a journalist and a rapper.

He said: “I am also
talking about sociopolitical issues in Malawi and the world at large. The beats
were produced by Justus, Eric Most, Venom and Self –Defense. The album was,
however, recorded by Sub Zero and mixed and mastered by S.A.M.U.E.L.”

The 10-track album has no
featured artist.

“I believe there was no
song that needed another artist. I feel features should be done with a reason.
There should be chemistry between artists,” said Kapindu, adding that he
personally does not do features.

Some of the songs on the
album include Hand of God, which talks about the artist’s mental issues, Cry Babies, Trust and Betrayal, What’s Trending and Lately, among other songs.

Commenting on the
development, hip-hop music fan Henry Kaphiri said it is rare for a local
hip-hop artist to talk about their personal issues such as mental health in
their music.

“I like Kapindu’s honesty.
The fact he is discussing his personal struggles with mental issues is unique.
Most local hip-hop artists dwell much on massaging their egos in songs,” he
said.

Kapindu, was born and grew
up in Lilongwe but comes from Chileka, Blantyre.

While his latest album When The Black Sheep Becomes The Elephant In The Room was released on August 5, his book is slated for
released in October.