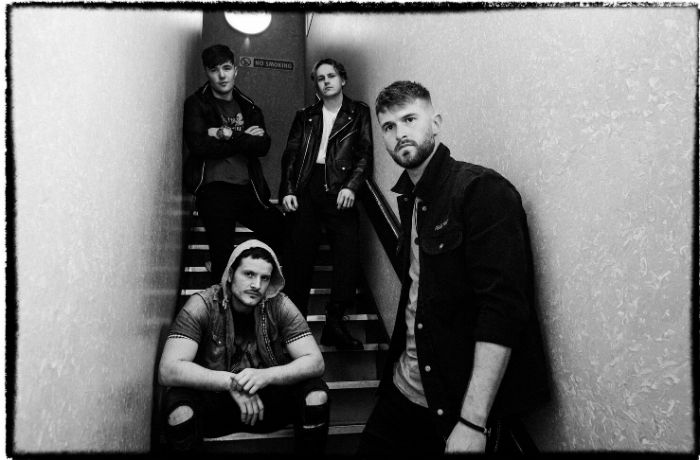 They released their debut single ‘Wild Thing’ this month, and now four-piece rock band Kamora are planning some exciting live appearances for next year as well as a steady release of yet more epic singles. We caught up with them to talk about how they’ve approached the music industry so far.

For those who may be new to your music, how best would you describe your sound?

Each individual member has a unique musical background. Therefore, collectively as a band we have a wide variety of influences. These range predominately from Indie-Rock, Hip Hop, Metal and Blues. We think the result is a colourful, Alt-Rock blend that your gran could still enjoy but is mostly aimed at your rebellious teenage son and daughter. Stick us on the shelf next to The Amazons, The Hunna and Kings of Leon.

What challenges have you faced in the music industry so far?

The entire process can be one big challenge. But that’s exciting. Your career as a band tends to be one constant learning curve. We think it’s crucial nowadays to pitch yourself correctly across social media. Social media has its pros and cons. Although it is a great way to connect with fans, it has made everyone, us included, grow impatient. Sometimes you only get a split second to grab someone’s attention. You really have to have nail the visuals (Photography, artwork, videoclips etc) or else you will just get washed away in all the traffic.

How difficult would you say this career path is in terms of making a name for yourself?

We know that given the number of talented bands operating at the moment it can be hard to stand out. Sure, there may be quick ways to make a name for yourself in the industry. But often it may be for all the wrong reasons.

We believe social media plays a massive role in the modern game. Artists such as Lewis Capaldi who possess an abundance of musical ability but also have a solid social media are nailing it. Although it can be easy to get your music online nowadays, it’s harder to stand out. You have so many online outlets at your disposal but figuring out who you are as an artist and what type of marketing works best for you and your audience is the hard part. We’re still finding our feet. Writing the best songs we can remains our main priority.

How important is it for you to have creative control over the work you produce?

It is very important. We are four friends who are passionate about writing energetic and exciting Rock Music. We love writing and playing together. We believe our ideas have real potential and therefore we want to capture people and hopefully, in some way, make a positive difference. Although we are open to any ideas that our producer Paul will bring forward, we tend to stick to our own way of writing. A lot of the time songs will be built around a catchy guitar riff. Or some random scat singing. And then all of a sudden it can develop into the blueprints for a song. We have a backlog of songs ready to record so we are eager to get in the studio as much as we can over the next year. Individually, all band members have good writing ability but when we put our heads together and work on something from scratch that’s where our best work comes from. What excites us most is the knowing that our best songs probably haven’t even been written yet.

Where do you draw influence and inspiration from for your work?

We draw inspiration from what is around us. Writing can be a time to reflect on our lives. We believe our music tastes have evolved and matured together as a band. Since meeting, our musical interests and tastes have begun to ‘rub off’ on each other. Johnny Cash meets Metallica. Luckily it feels like we are operating in a modern music industry where “genre” is limitless, so we want to keep mixing things up. We’re always looking to evolve.

If you could collaborate with anybody going forward, who would you choose and why?

Our first pick would be the St Vincent, she’s a genius. We couldn’t even begin to imagine the kind of magic she could bring to the table.

Tell us a random, funny fact about you that not many people know?

Our vocalist Max was a finalist on BBC’s The Voice in 2014.

Do you have definitive aims or goals for your career?

We want to make music that can stand the test of time. But at this early stage we are just trying to focus on the short term and writing and recording as much as we can. Getting our music used in TV shows or getting a song on a big movie soundtrack would awesome.

Where do you hope to be this time next year?

This time next year we hope to have played some regular gigs, grown our fanbase locally as well as nationally, and to have had released a good selection of our best songs for people to enjoy. 2019 was spent finding our feet and growing together as a team.

What should we expect from you in the coming weeks and months?

We have just finished up our next single ‘Difficult’ which takes a slightly different direction musically. We hope to release it at the start of the year. We are busy securing gigs and festivals slots for 2020.

But first, the Official Music Video for ‘Wild Thing’ is due for release in mid- November.