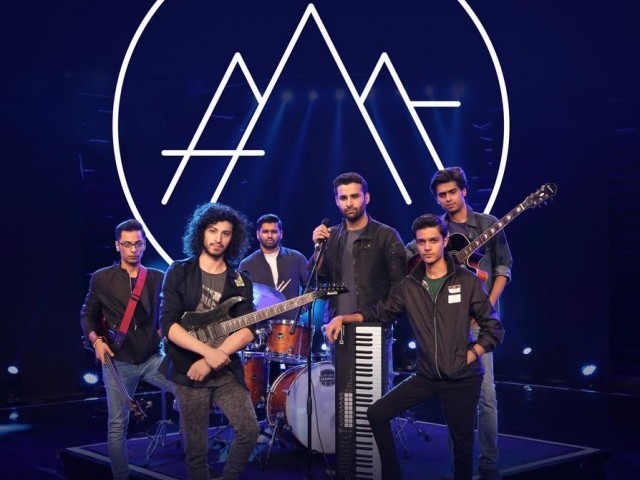 KARACHI    : This quiet space keeps Kashmir awake in the darkest of nights and brightest of days. Part-imaginarium and part mind palace, their studio is where the band tries to turn their contradictions into sad songs of joy and happy songs of sorrow. The tea stain on the side table is permanent like the grief in their music while the air conditioning comes and goes like fame in the viral age.

Drums are placed on the right corner, with guitars packed inside their cases on the left, possibly after a jam session. The huge logo fixed on top of the wall says ‘Kashmir’. Poster boy-cum-guitarist Vais Khan is missing in the frame but is very much there in the vibe, as the remaining five members are spread across the studio on chairs and on the floor, trying to figure out a way to talk about their thoughts without music.

“I don’t get much sleep, and I can’t. My insomnia is something I’ve lived with all my life, probably because there are so many thoughts in my head that I can’t escape,” says Bilal Ali, the songwriter and vocalist of Kashmir. He holds his breath as though a performance is about to begin, while he recollects the inspirations behind his songs. 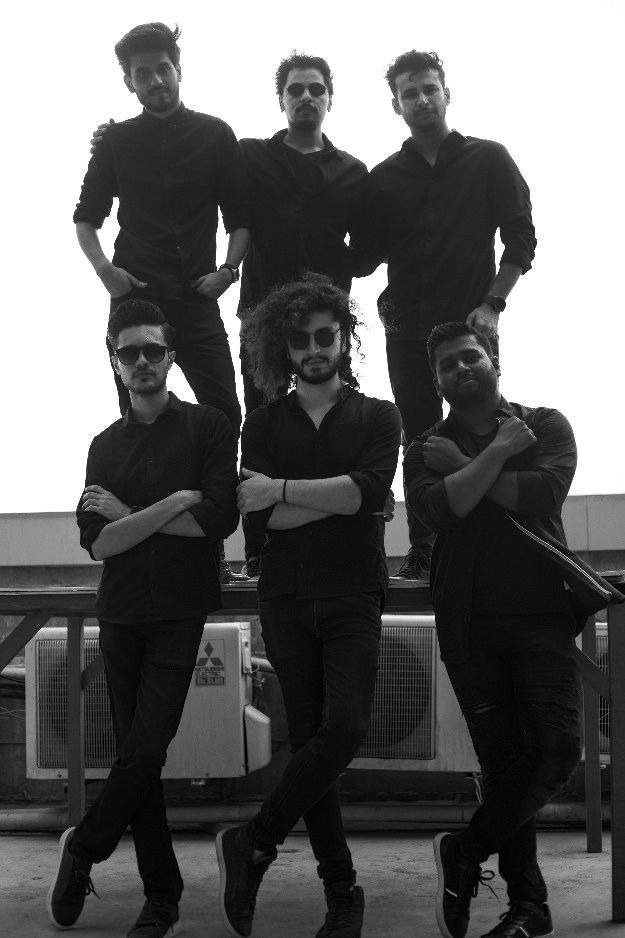 “We don’t think about the purpose of a song before writing one; it comes out of our most recent emotional discoveries and ends up sounding more awakened,” Ali continues on a rather ‘woke’ note. “Being woke means to be aware of the interconnections between societal problems and we don’t like to disconnect from the people and embrace a special status.”

Amanda Hess, writing in The New York Times explains the term ‘woke’ as the inverse of being ‘politically correct.’ She calls it a way of affirming the sensitive. The term originated from the African American political discourse against racism, referring to the perceived awareness of issues concerning social and racial injustice then. Its grammatical aspects refer to a ‘continuing awareness,’ given that it is the past tense of ‘wake’. However, in the contemporary, millennial political slang, it means someone who has awoken to the progressive truths of ‘intersectionality,’ that is the interconnected nature of social discrimination.

Shane J Anthoney, the drummer of the band adds to the purpose behind their songs along the same lines, “Everyone is fighting a battle that they have no idea about, simply because of the way society projects those battles,” says Anthoney. “I don’t know if our songs are enlightening, but they are hopeful. When we initially released Soch (Thinking), a girl wrote to us on Twitter saying her father had just passed away, and our song is the only thing that helps her sleep at night.” Soch talks about a guy who is stuck in a wormhole of thoughts and is not able to find closure or sleep because of the fuzziness. 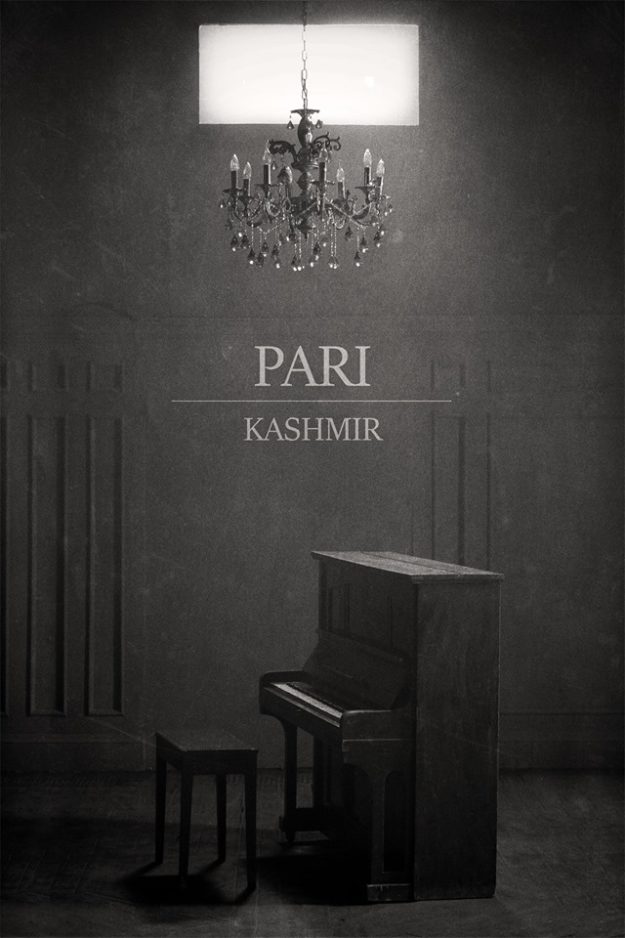 Usman, the bassist believes that by channeling their inner problems through their music they want to reflect on the challenges people face in understanding their own issues. “We make songs for society, but they reflect our own struggles. I think the more we indulge in our emotional and mental experiences the harder it hits the audience.”

Ali agrees with Usman that the most one can do is offer music as a means of personal catharsis. “At the end of the day, you can talk about another person’s problems, but you can’t handle their emotional baggage,” asserts Ali. You will always have your share of problems to reflect in your music, and if someone else is going through something similar, they will naturally connect with it. “But we need to acknowledge that even these internal [mental] problems stem from external experiences of prejudice, discrimination, and othering; something we hope to address through our music.”

Their award-winning song Kaaghaz ka Jahaz (Paper Plane) takes off as a peppy number but grows on you like a sad, melancholic track about betrayal and disappointment. “It was satire,” laughs Ali, “it mocks the mischievous and talkative crowd that makes you tremendous promises but never pulls through.”

Pari (Fairy) lies on the other end of the spectrum. So far off from Kaaghaz Ka Jahaz that Ali takes his sweet time and a bunch of different postures to open up about the song that was inspired by his sister’s struggle with depression.

“I’d rather write about what I feel than talk about it,” says a rather hesitant Ali. “I wrote it three years ago in D minor [chord] when it was just a few verses. My sister was going through something, and she was quite depressed. So when I shared the song with my band, they could also relate to it. I figured that if it could help her, and connect with them, it could also help others. Ali Raza then played the keys on it, and it sounded even better.”

Their latest track Bhaago, (Runaway) released as part of Battle of the Bands season 4 speaks about our  tendency to run away from those who suffer from mental health problems; someone who is compelled to behave in a certain way because of what is going inside his or her head.  Budha Baaba (Old man) on the other hand, sheds light on the fear of darkness. It talks to a child who is being scared into sleep with the fear of an old man who might snatch him away if he doesn’t go to sleep. 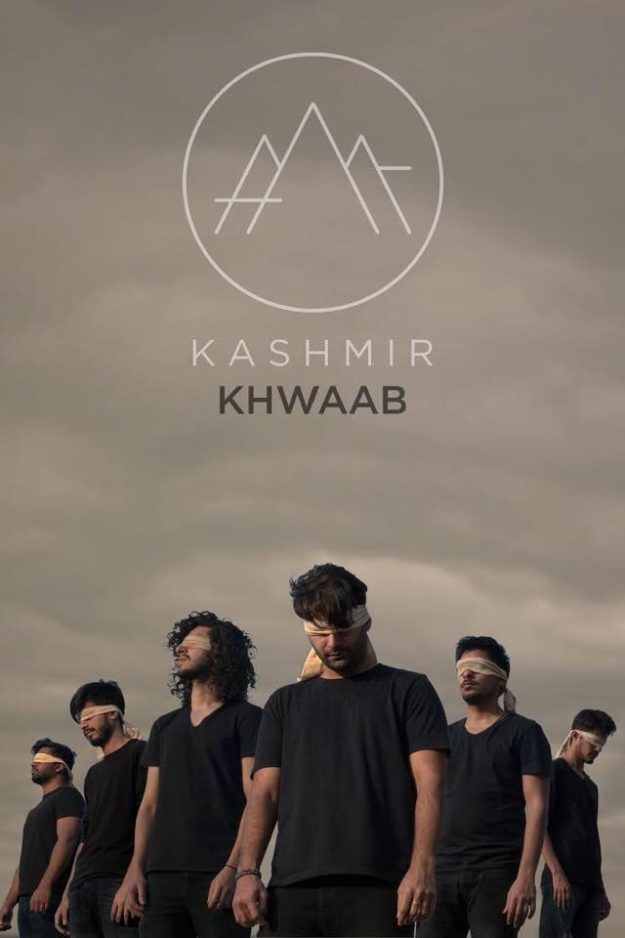 “You will notice these songs talk about issues that are considered small and insignificant but when these ‘insignificant’ issues are left unaddressed, they come back and hit you like a giant ball of self-destruction,” stresses Ali.

Zair Zaki, the rhythm guitarist co-relates the overarching woke attitude of Kashmir towards music-making by referring to their song Faislay (Decisions). “It was another song which touched upon the hardly-discussed problem of our generation, which is indecisiveness. It is huge and we don’t talk about it. People need to know about these things in order to tackle them.”

Khwaab (Dream) wasn’t very different either. In fact, when coupled with a video that is based on a utopian society, the song ends up touching upon various themes, including exploitation, social oppression and the abduction of creativity. 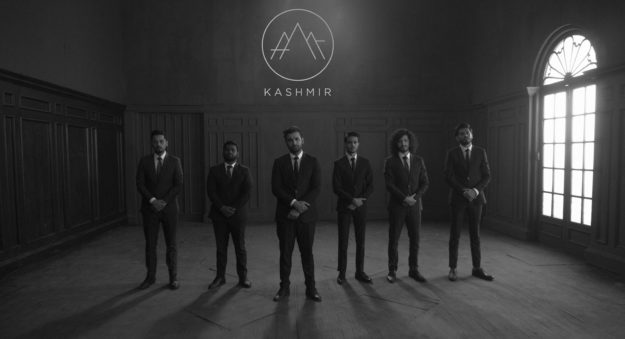 Despite a very obvious streak of woke themes in their aesthetic, the band is very vocal about staying away from any kind of activism. Bandwagons are clearly not their cuppa tea. Their approach towards speaking against injustice is not about how big or small the the issue is, but how small problems become bigger with the silence surrounding them.

Kashmir aspires to provide a voice to the otherwise silently suffering individuals; to connect with them and with the rest of the society, leading to an inexplicable form of woke-ness or awakening. “The aim is never to become activists and jump on a certain bandwagon, but if our music speaks to people who are vocal about certain issues, then so be it,” concludes Ali.

The band has almost finished recording their upcoming album that revolves around the dichotomy of day and night. Half of the songs represent the day while the other half represents the night.