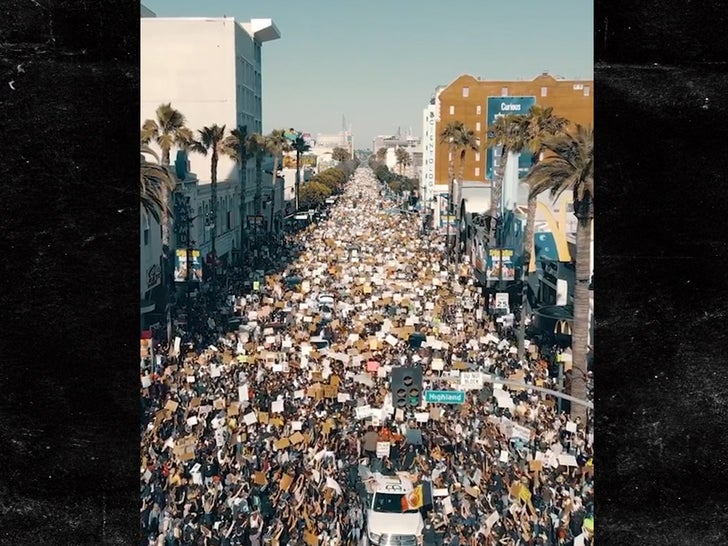 As L.A.’s largest protest yet of George Floyd’s killing made its way through Hollywood streets — with huge celeb’s showing support — YG used it as a powerful backdrop for his new “F**k the Police” music video.

Waiting for your permission to load the Instagram Media.

The peaceful demonstration of more than 50,000 people began Sunday on Hollywood Blvd … and the aerial views were epic.

Much of the crowd came equipped with face masks, homemade BLM signs and messaging to remember the deaths of George Floyd, Breonna Taylor and so many other black people killed by police. 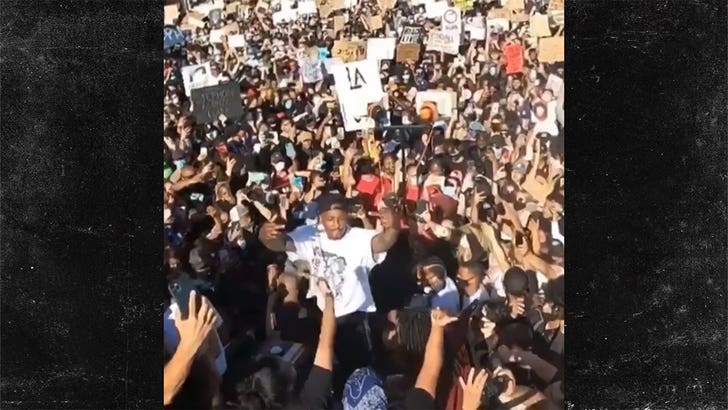 YG also used the huge protest as the music video setting for his newly released track, “F**k the Police” … which he shot during the event. Speaking of which, police presence during the march was minimal, and it remained a totally peaceful event.

There were separate protests in other parts of L.A as well, including Compton, which was attended by Russell Westbrook, Cassie and Alex Fine.

Of course, the L.A. protests were not the only ones over the weekend … as several major cities and small towns in the U.S. kept the demonstrations going in a continued show of support for ending systemic racism and police brutality.