Followers of award-winning Japanese actor and J-pop idol Tomohisa Yamashita have something to crow about with the release of the HBO Asia Original series “The Head,” a six-part subzero whodunit set in Antarctica that premieres on June 12 at 9 p.m. on HBO and HBO Go.

For the uninitiated, Tomohisa is one of Japan’s biggest stars, having won a string of best actor awards for his portrayals in “Flowers for Algernon” and “Code Blue The Movie,” the highest-grossing film of 2018 in Japan.

The 35-year-old multihyphenate was a member of the J-pop boy band News back when it still had nine members. When he departed the group in 2011 to pursue a solo career in music and films, he recorded chart-toppers of his own, including the dreamy love ballad “Hello” and the No. 1 hits “Change,” “Ai, Texas” and the irresistible “Love Chase.”

Yamashita in music video of his No. 1 song, “Ai, Texas”

Right off the bat, Tomohisa wanted his Pinoy followers to know that he’s cooking up something for them. “I’d like to say hello, Philippines—and to my Filipino fans,” he said late last week when we got him to discuss his latest TV series. “I’m working hard to share ‘something’ with you in the near future. So, please stay tuned and stay safe!”

Meanwhile, his followers and sci-fi aficionados should get ready to tune in to “The Head,” helmed by Spanish filmmaker Jorge Dorado (“Anna,” “La Guerra”), when it begins its run on Friday.

There are 57 crew members in the summer on this ice-covered tundra, but that number is pared down to 10 when the archipelago “turns dark” during the six-month winter in the “coldest place on Earth.”

The carefully chosen team is made up of scientists from all over the world who are tasked with maintaining operations during the long polar months, beginning April 29, the “last day of light” for the next six months! 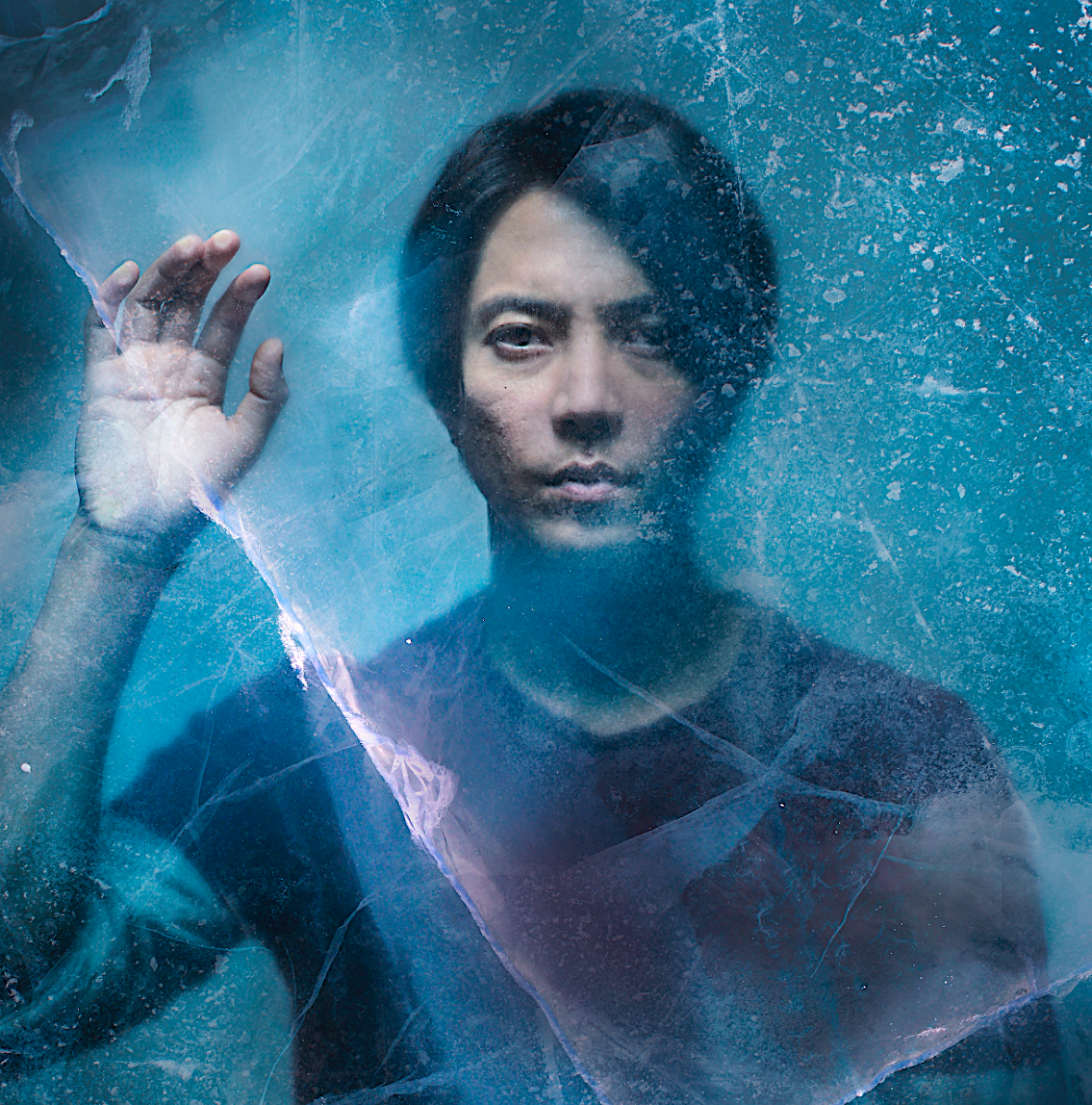 Yamashita in “The Head”

The nearest help could only come from the Argentinean base, which is about 200 to 300 kilometers away. It doesn’t help that the weather outside is always below negative 30°C.

Imagine Johan’s surprise when, upon his return to the station, he finds young doctor Maggie Mitchell (Katherine O’Donnelly), Aki’s love interest, cowering in fear and hiding inside a cabinet.

Seven of Maggie’s peers are dead and two are missing, including Johan’s wife Annika (Laura Bach)! Prior to the mission, Annika wasn’t really looking forward to spending six months in isolation with the brilliant but limelight-hogging Arthur (John Lynch), with whom she discovered a type of bacteria that feeds on carbon dioxide eight years ago.

The coveted “bug” is capable of breaking down carbon dioxide 153 times faster than the normal rate of photosynthesis and, if developed properly, can single-handedly stop climate change!

Is Maggie responsible for the death of her colleagues? And if not, is there a killer on the loose?

Without spoiling the series’ shocking “revelations” for you, we asked Tomohisa to answer this Q&A: 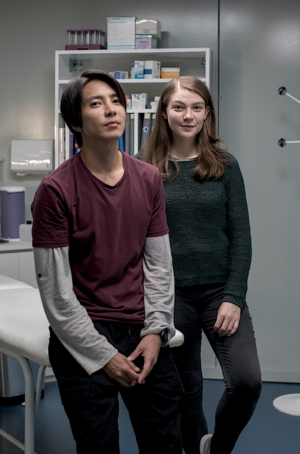 What was the biggest challenge for you for this creepy, claustrophobic series? And what kind of preparation did it require from you and the other actors?

I got interested in the series right away as I thought that the whole experience could be totally new to me. I found the idea very exciting. Then, I read the script and was really impressed by the quality and depth of the story. Initially, I was a bit anxious if I could successfully adjust myself to a totally different environment [but it was all worth the risk].

Did you ever dream of going to Antarctica? Given a chance, would you be willing to live there for six months, like your character Aki?

Definitely, because it isn’t every day that you get a chance to live in the farthest part of the world.

What was it like working with an international cast?

I only got a bit nervous at first, but I soon realized that we all shared the same passion, and that was to make a great show, so it didn’t matter if I’m the only Asian cast member of the series. That isn’t important at all. It was a great experience to work with a wonderful team.

I’ve also learned a bit of Spanish, such as “aqui” (same sound with “Aki”), which means “here.”

Could you talk about the shoot? What was your most memorable scene in it?

Before the shooting began, Jorge (the director) arranged a date for Katherine and me. We spent a day together just by ourselves, like lovers. That helped me forge an instant bond with her.

In terms of the shooting, Jorge sometimes likes to shoot long scenes without cutting. For those, we had to rehearse 20 or even 30 times, so it was tough sometimes. Also, there were night shifts on some days. I come to the set at 6 p.m. and shoot until 5 a.m. or so.

My first night shift was just a week after my arrival. It wasn’t that easy. If I have to choose one most memorable experience, it’s this one day when the director didn’t shoot anything because he chose to discuss an important issue at length with the actors, until they reached a consensus. I was standing by for the next scene, but I ended up shooting nothing.

How similar are you to Aki?

Aki is a talented microbiologist, and it’s his first time on the ice. He has made a huge effort to grab this opportunity to work for Arthur in Antarctica. He and Maggie have special feelings for each other from the beginning, and their relationship developed quickly. He’s smart and considerate, and he’ll do everything to protect Maggie when the situation becomes dangerous.

But Aki has another side. He seems to have deep trauma over something. I feel a lot of sympathy for him, especially about his eagerness to learn new things and his passion to excel. I don’t have any deep trauma as he does, but some people say that I seem to have a history. The difference is that he has a much sharper tongue than I do. 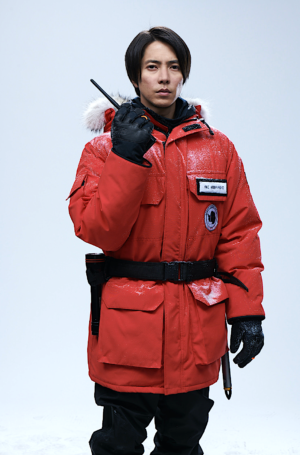 Why do you think will “The Head” click with viewers?

First of all, the script itself is very well-written. It’s a well-structured story covering three different timelines. And each character is unique, representing the diversity and depth of humanity.

Most importantly, the story is so unpredictable and imaginative. I hope audiences from different countries enjoy watching the episodes each week and share what their thoughts are about them. And I hope the show will make them realize the importance of always pursuing the truth.

You have had great success, both as an actor and a J-pop idol. In what way has your career as an artist become more satisfying for you?

I once received a letter from a boy who watched a drama (“Code Blue”) in which I played a medical doctor. He wrote that watching me save lives in the show made him decide to become a physician.

Until then, I somewhat felt powerless as I was just playing a role, knowing that I can’t actually save anyone the way real doctors do. But the letter from that boy encouraged me to portray roles with the hope of inspiring people and conveying something good to viewers who watch what I do.

When I was younger, I really didn’t care about others. Now I realize that I’ve become interested in people. I don’t have intentions to be a producer, director or screenwriter, although I want to learn things I have yet to experience. I believe some upcoming chances will lead me to the right path.