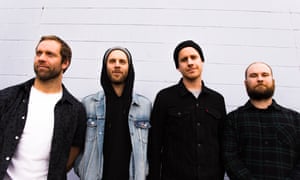 L-FRESH the LION – Born to Stand Out

For fans of: the Neptunes, Childish Gambino, Missy Elliott

“I’ve never been one to just integrate,” spits L-Fresh the Lion as he kicks off this celebration of individuality. Over a Neptunes-style slinky beat, L-Fresh asks: “Why blend in when you’re born to stand out?”–  a slogan lifted from a hoodie the rapper says he bought five years ago and wore to the point of disintegration. A trippy vaporwave bridge slams this inspiration song to a halt mid-track for a comedic conversation about a Sony Discman. It rings a little like one of those obligatory skits on early hip-hop albums – an odd touch, but perfectly in line with the theme of the song. A solid contender to make the crossover to commercial radio – it would certainly be a welcome addition.

For more: L-FRESH the LION tours the east coast of Australia next month

Even – Mark the Days

One of Australian music’s finest and most under-appreciated rock bands are touring this month to celebrate 25 years since they formed. To mark the occasion they have casually pumped out a new single that easily sits among their very best work. Mark the Days sounds as though it was spawned in Minnesota in the 80s and dragged through the Melbourne suburbs throughout the 90s, with plenty of time spent in pubs hammering together the riffs and sanding down the rough edges. The production is warm and rounded, sonically landing somewhere between Big Star and Teenage Fanclub, while the song swings confidently from hook to hook, suggesting that Even have some of their finest work still ahead of them.

For more: Listen to any of their seven albums, or catch their 25-year anniversary tour, which starts in late September and carries through until November

Tones and I – Never Seen the Rain

For fans of: the Jackson 5, Hanson, Macy Gray

Last month Tones and I became the first Australian artist to top the singles chart for more than a year, with the infectious Dance Monkey. The song hit the top spot a few weeks after Toni Watson’s festival-stealing performance at Splendour in the Grass, where a crowd of 20,000 gathered at noon to watch her play the opening slot. Dance Monkey is still sitting at No 1, where it has been for five weeks now. Never Seen the Rain is an even better tune. And, while this is going to sound like a back-handed compliment but it is meant with the utmost respect: this song sounds a hell of a lot like Hanson. Watson’s voice is a dead-ringer for a 15-year-old Taylor, and skips deftly across a sprinkling piano and drum-machine claps like the Motown singers of old. It’s breezy and economically produced, the chorus sounds like a gospel rave-up, and it’s one of the most interesting and infectious songs I’ve heard this year.

For more: Tones and I tours the country in September and October

For fans of: Jimmy Eat World, the Starting Line, Yellowcard

Tasmania’s finest are back with a slice of mid-tempo emo that sounds as though it belongs on the mix CD in Seth Cohen’s starter pack. Open-hearted punk rock is hard to master without sounding adolescent or cloying, especially after four albums, but Luca Brasi have honed their songwriting to a point where they can channel and command nostalgia without wallowing in it. “It’s not the length of the years / It’s the length of the days,” Tyler Richardson sings, echoing the US author Gretchen Rubin’s self-help edict. It’s a story of living for the moment, if only in order to later pore over every detail. This song is so well-crafted, it asks the question: can Luca Brasi’s forthcoming fifth album be their best yet?

For more: Luca Brasi headlines the Til the Wheels Fall Off festival in Launceston, November 1-3.

Musicians are prone to insomnia. The combination of travel, blurred timezones, hotel pillows and periods of intense boredom, interspersed with rocketing adrenaline and varying states of sobriety lead to less-than-ideal sleeping patterns. “I don’t even know how to be tired,” Maidza claims in Awake, returning for the first time this year with a huge, hypnotic home run. Technology looms large in lethargic lyrics, with a woozy and warped trap beat adding a dystopian drone to the insomnia-riddled lyrics – the aural equivalent of a screen-induced headache. A minute-long barrage from the Baltimore rapper Jpegmafia peppers the listener with violent imagery quite removed from the song’s theme but it still works a treat. A beautiful bridge floats in and threatens slumber at one point, but the dream is stillborn.

For more: Listen to Maidza’s singles Flexin’ and Ghost, and catch Jpegmafia at the Listen Out festival in late September and early October

I Like to Dance will make you sigh, make you angry, make you cry. One of the most heartbreaking and visceral songs released in years, this tale of puppy love slowly soured by violence is told bluntly and steadily, never couched in easy metaphor or reliant upon clever wordplay. The escalation of events is sickening and rings all too true, iwth details unspooling and being related in a casually muted way. “I’m mostly like everyone else,” the protagonist quivers nervously, the use of the qualifier being perhaps the most striking moment of a breathtaking song. Towards the end, she lists reasons not to leave – financial, parental, fear-based – but also allows herself to imagine a life free of domestic abuse, where she could be a doctor, an artist, anything she desires. Tragically, it sounds a lot like like wishful thinking.

For more: Alex the Astronaut is touring nationally from September

For fans of: the Church, Pretenders, Nancy and Lee.

This is late-night driving music: wind roaring in where the windows should be, green and red lights reflecting in the rain, a lost highway, a Lynchian mood. The Church’s Steve Kilbey and Kate Ceberano didn’t meet during the recording process, instead they transmitted their voices to each other. Both are much richer vocalists now than they were during the 80s, and here they follow in the tradition of Nancy Sinatra and Lee Hazelwood, lazily harmonising then sliding into unison, and delivering rich, cracked and wonderful textures over a chugging rhythm. This recalls the best elements of Australian rock: chiming guitars, thwacking drums and a dark propulsion that threatens to soar over the cliff into the abyss at any given moment. “It’s tight jeans, bad skin and kissing in dark places,” explained Ceberano of the nostalgic air of this track. “An indelible tattoo on the psyche.”

For more: The trio are now recording their debut album. Maybe they will meet in person. Stay tuned 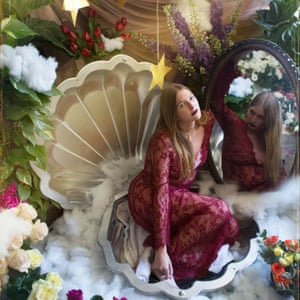 Julia Why?
Julia Why? – Holden On

For fans of: the Cocteau Twins, My Bloody Valentine, Slowdive

Halfway through this MBV-indebted slice of cloud-skipping shoegaze, a surprising one-liner comes out of nowhere and slaps the listener across the face. It’s a relatively depressing scenario delivered in a dreamy deadpan and repeated ad nauseam for the rest of the song, as if to indelibly print the image on to the inside of your eyelids. I won’t spoil the surprise aside from warning you to expect one, but the shock of it somehow lifts this dreamy dirge closer to heaven. Along with this majestic left turn, there is plenty else to love here: luscious layers of Julia Wylie’s vocals, blasts of infinity guitars, earworm melodies, reverb on reverb on reverb.

For more: The second Julia Why? album Hysteria! is out now

For fans of: Echo and the Bunnymen, Tears for Fears, late-era Death Cab for Cutie

This is perhaps the slowest-burning Holy Holy single to date, which might not bode well for a generation of streamers who demand immediacy, but it will be richly rewarding for those willing to indulge the band with more than a single listen. There is the hypnotic sway of the falsetto vocals, subtle synths and guitars that bleed together into an unholy wave of noise. There are subtle drum pattern shifts that masterfully change the momentum of the song, an urgent vocal crack on the line “and it felt like nothing”, a satisfying sonic build that creeps up like a killer – and the final pull of the rug just as you feel the track is about to engulf you. What a delight.

For more: Holy Holy’s third album My Own Pool of Light is out now; the band tour nationally in September and October

Matsudo is known as a “bedroom community”, a Japanese city filled with hotels frequented by businessmen who use them only to sleep in between work shifts. It’s a stark and unsettling image: a city of sleep pods. Sui Zhen, who recorded her forthcoming album in one of these Matsudo hotels, manages to perfectly escapulate the ghostly, desolate mood of the city streets while also acknowledging the lonely romance of wandering through an empty metropolis designed for slumber. This song channels and draws together sonic touchstones as diverse as Annie Lennox, Animal Collective and Spacemen 3 to arrive at a glassy, claustrophobic dystopia where men “only come home to dream”.

For more: Sui Zhen’s album Losing, Linda is out on 27 September