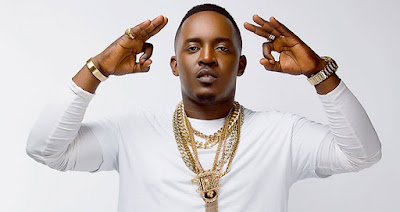 Top Nigerian rapper M.I Abaga has been swept off his position as the Chief Executive Officer of Chocolate City record label.

“This was after (the) Warner Music (deal) came into play. Audu (Maikori) made moves to come back to the label. M.I. has since left his role as CEO of Chocolate City. He should announce his new company soon”.

On June 30, 2015, M.I was appointed as the CEO of Chocolate City. Under his leadership, Chocolate City signed Ruby Gyang, Ckay, Yung L, Milli, Koker, DJ Lambo, Kahli Abdu & VHS Safari and Loose Kaynon. Within the same year, talented rap star Jesse Jagz came back to the label after leaving in March 2013. Jesse who is M.I’s brother left the label for the second time in 2017.

The current roster of the label boasts of acts such as Nosa, Loose Kaynon, Ruby Gyang, and Ckay. 100 Crowns, a division under Chocolate City released ‘Crown’ in 2018, a joint rap project between Loose Kaynon and A-Q. M.I officially signed to Chocolate City in 2008 and has released four solo albums, three mixtapes, a compilation album, and a playlist.