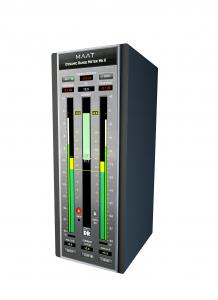 DRMeter MkII — The One Meter For All Of Us 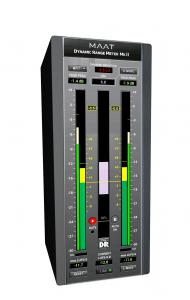 We’ve brought fresh new thinking to Loudness measurement by removing some of the cognitive barriers to creativity. Our one plug–in does it all with easy to understand, intuitive Loudness metering…”

SANTA CRUZ, CA, USA, February 21, 2018 — MAAT Incorporated, a manufacturer of exceptional performance professional audio solutions, today announced the release of DRMeter MkII, a cross platform plug–in for the measurement and monitoring of audio Loudness and dynamics. The plug–in premiers several new features for the Loudness metering marketplace, and is the first loudness measurement tool specifically designed for music creation as well as broadcast production and post.

Available for all major DAWs (Digital Audio Workstations), DRMeter MkII follows on the success of MAAT’s original DRMeter. DRMeter MkII was created for engineers working in all audio industries, from mainstream music production, content streaming, broadcast radio and television to gaming, theatrical, industrial and AR/VR. Measurement methods have been expanded to include all international Loudness metrics, as well as MAAT’s own DR Dynamic Range ad hoc standard for judging “dynamic density,” the amount of dynamic contrast in a recording.

DRMeter MkII is the first Loudness meter that combines high accuracy R128 and A/85 conformance with elements crafted expressly for music creation. It is the only Loudness meter that displays channel–specific trends by augmenting EBU–mandated monaural measurements with classic L/R metering for Max. Short Term, Max. Momentary and True Peak, to identify trends and channel–specific issues without the need for an additional meter. It is also the first plug–in to offer both the emerging PSR metric, Sample Peak–to–Short–term Loudness Ratio, and official DRi, integrated DR formerly available only in MAAT’s DROffline batch measurement utility.

The comprehensive DRMeter MkII makes all aspects of Loudness tangible and easy to understand, while a round trip MfiT (Mastered for iTunes) monitoring and metering feature eases seamless leveling for streaming music delivery. Multiple metering modes are visible simultaneously, and presets for all major streaming services and broadcast standards highlight the extensive feature mix.

Most audio engineers today are self–employed, and work for a wide range of clientele. Jason Candler is an independent, with clients ranging from Gary Lucas to NASA. His industrial customer’s needs contrast sharply with what creatives like Moby expect. Candler appreciates the versatility of the second generation DRMeter. “Quite a leap from MkI to MkII,” he said. “Highly impressed with all the new features and usability.” In a word; “Bravo!”

MAAT Co–founder and CEO Friedemann Tischmeyer has long considered the quandary of paying attention to loudness without slavishly following distracting visuals or letting some automated process act as an automatic gain control. “We’ve brought fresh new thinking to Loudness measurement by removing some of the cognitive barriers to creativity. Our one plug–in does it all with easy to understand, intuitive Loudness metering for every engineer, regardless of what job walks in the door. DRMeter MkII truly is the one meter for all of us.”

The affordably priced DRMeter MkII is available from MAAT and select pro audio distributors for US$129. Images, specifications and additional information including a QuickStart guide and videos are accessible at MAAT dot Digital on the web.