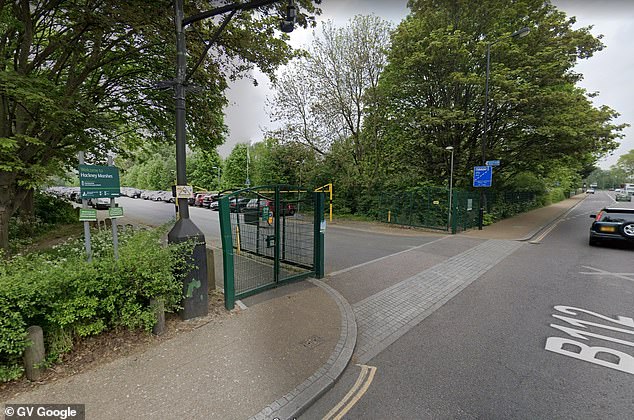 Man in his 20s fights for his life after being stabbed at ‘illegal music event’ on Hackney Marshes in east LondonEmergency services were scrambled to Hackney Marshes at 6.45 this morning Second man, 19, who knew the stab victim, was discovered unconscious nearby No arrests have yet been made by an investigation has been launched by police

By Jack Elsom For Mailonline

A man in his twenties is fighting for his life after being stabbed at an illegal rave in east London last night.

Emergency services were scrambled to Hackney Marshes at 6.45 this morning where they found the victim with multiple knife punctures.

A second man, 19, who is believed to have known the stab victim, was discovered unconscious nearby.

Emergency services were scrambled to Hackney Marshes (file photo)  at 6.45 this morning where they found the victim with multiple knife punctures

He was taken to an east London hospital but his condition is deemed not life threatening.

No arrests have been made but Scotland Yard has ramped up their investigation by launching a public appeal for witnesses.

Detective Constable Simon Johnston said: ‘Hundreds of people attended the music event on August 17 that ended with a young man fighting for his life in hospital.

‘Did you see, hear, or happen to take footage of a violent incident on the Marshes? Do you have information that could assist the investigation? If you can help please don’t hesitate to contact police.

‘Your information, no matter how small, could be a piece that is currently missing from the picture of last night’s events that we are building.’

The Hackney branch of the Metropolitan Police tweeted: ‘There are a number of large crime scenes in place on Hackney Marshes and in the woodland following a stabbing at an unlicensed music event last night.’