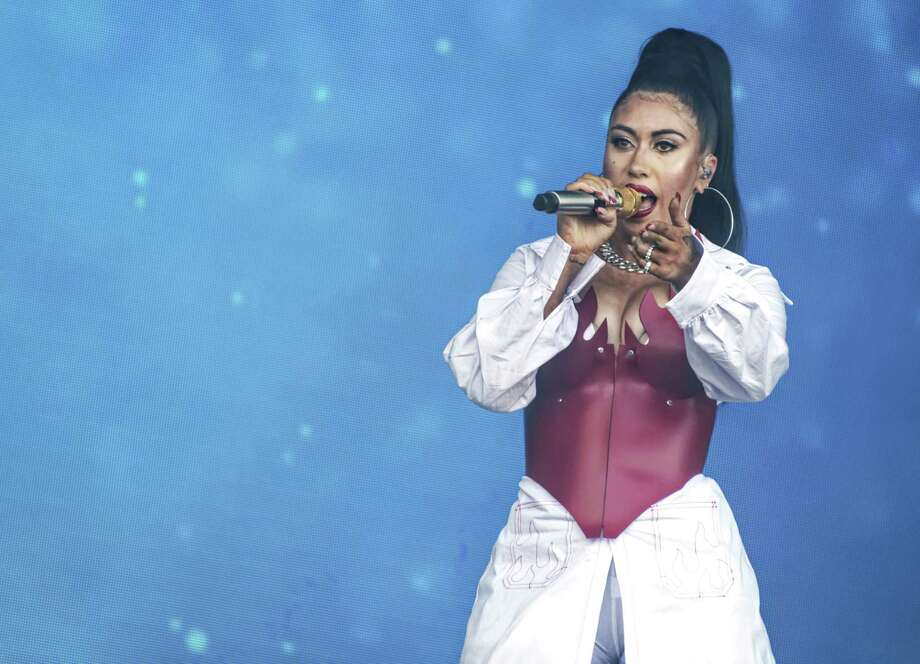 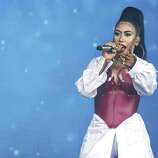 This Week in Latin Music: Selena for Sanctuary, Shakira ‘Unplugged’ at 20, Rosalía and Ozuna

It has officially been 20 years since Shakira first brought her unique brand of rock en español (and leather pants) to MTV’s Unplugged series, and 48 hours since Rosalía and Ozuna shook fans with their surprise collaboration. In case you missed it, here are some highlights from this week in Latin music.

Kali Uchis, Cuco to Stand Up for Immigrants in ‘Selena for Sanctuary’ Concert Series
“Existing as successful Latinx artists within this political climate is a form of resistance,” said Doris Muñoz, organizer of Solidarity for Sanctuary — a concert series and non-profit organization dedicated to immigrant causes. The series’ biggest outing yet, the upcoming Selena-themed show and its Latinx lineup is a realization of this truth: Headlined by Kali Uchis, with additional sets by Cuco, Helado Negro and many others, Selena for Sanctuary takes place Sunday, August 18th at New York City’s SummerStage in Central Park. It is organized in conjunction with immigrant advocacy group Make the Road New York, and will also raise funds through a merch collaboration with Los Angeles clothing brand Kids of Immigrants.

“I want to inspire artists who are capitalizing off of Latin culture right now, but not necessarily doing anything for the Latin community besides posting memes and shit,” Uchis told Rolling Stone in a recent interview. “I want to inspire people to actually fucking do something.”

Bring everyone on your block cause you won’t wanna miss! ♥️ pic.twitter.com/0ZJ1SatNFA

Shakira Celebrates the 20th Anniversary of Her MTV Unplugged Performance
This week marks the 20th year since Shakira taped her MTV Unplugged session, live in the Grand Ballroom in New York City. During her monumental U.S. performance, the Colombian singer-songwriter treated fans to some earthy versions of her greatest Spanish-language hits, including 1995 techno-pop hit “Estoy Aquí” and 1998 alt classic “Si Te Vas.” The episode captured Shakira at a critical juncture in her already illustrious career — just a year before, she beguiled listeners stateside with her rock en español masterwork, ¿Donde Están Los Ladrones? A year after this iconic Unplugged appearance, she would trade her signature black cherry locks for a crossover-ready blond in time for her 2001 English-language debut, Laundry Service. A foreshadowing of global success to come, Shakira’s MTV Unplugged was named Best Latin Pop Album at the 2000 Grammys.

Rosalía and Ozuna Drop Surprise Reggaeton Track, ‘Yo X Ti, Tu X Mi’
Rosalía and Ozuna — two Spanish-language pop titans, from opposite ends of the Atlantic — released a surprise track on Thursday, titled “Yo X Ti, Tu X Mi.” In what translates to “Me for You, You for Me,” the duo trade off flirty verses to a featherweight reggaeton groove, accented by mellow steel drums. “I sing to you because you sing to me,” sings Ozuna sweetly, before kicking off the earworm of a chorus. They cozy up to one another in the video, which follows them through a series of luxe hotel rooms (and costume changes). Encircled by several faceless, undulating dancers, Rosalía flaunts some arty choreography of her own, calling extra special attention to her rhinestone nail art.

Cazzu Plays a Cybergoth Gangster in the New “Mucha Data” Video
Argentine trap princess Cazzu turns hacker thief in her new video for “Mucha Data,” the latest single off her new album, Error 93. “I should be a lawyer/I don’t miss a play,” she sings icily, as she and her and her friends probe iPhones they stole from drunk boys. Just when they peel off in their getaway car, a male sniper attempts to thwart their escape — and to no avail. The slo-mo bullet scene notably harks back to the video for Korn’s nü metal classic “Freak on a Leash.”

Romeo Santos, Teodoro Reyes Party Down in the Video for “Ileso”
This spring, bachata titan Romeo Santos stacked his surprise album Utopia with a star-studded cast of Dominican folk heroes — and even brought back his own band of legend, Aventura. The latest all-star to feature alongside Santos in a video is the powerhouse singer Teodoro Reyes, who started out as a merengue songwriter and, by the Eighties, became one of “Los Tigueres de La Bachata.” The video follows the two men as they kick back in a cantina; but true to his rep as a Casanova, Santos cycles through enough dance partners for the both of them.