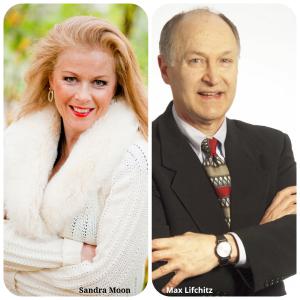 Lifchitz’s Tiempos took some ideas of the sort Varése favored building a fascinating piece of them. Contrasting complex clusters and simple chords, overlaid tempo on tempo, kept it static but vibrant.”

The free-admission event will start at 3 PM and end approximately at 4:30 PM. It will be held at the auditorium of Christ and St. Stephen’s Church (120 West 69th Street) in Manhattan. The auditorium is ADA accessible. No tickets or reservations needed.

A native of Mexico City, Mr. Lifchitz came to New York 1966 to pursue musical training at The Juilliard School. His works have been performed throughout the country and abroad meriting grants from the ASCAP, Ford and Guggenheim Foundations; the New York State Council on the Arts Individual Artists Program; and the National Endowment for the Arts.

Also active as pianist, Mr. Lifchitz was awarded first prize in the 1976 Gaudeamus Competition held in Holland and has toured throughout Latin America under the auspices of the US Fund for Artists at International Festivals.

The concert will feature four compositions by Mr. Lifchitz:

Expressions, written in 1983 on commission from a community orchestra in Wisconsin

Fire Within composed during the waning months of 2017 in reaction to the dismaying events that transpired in Charlottesville, VA.

Forget Me Not, a song cycle completed in 1974 dealing with descriptions of nature as well as feelings of loss, euphoria and gaiety based on poetry by the 19th century American writer Lillian E. Curtis.

Renowned soprano Sandra Moon will be the soloist for this work. Ms. Moon has appeared on some of the most prestigious operatic stages including the Lyric Opera of Chicago and the Metropolitan Opera in New York. With over 100 operatic roles in her repertoire, Ms. Moon has been invited to sing in numerous opera houses including those of Cologne, Dresden, Linz, Munich, Bonn, Leipzig, Paris, and Vienna.

Since its inception in 1980, the North/South Consonance, Inc. has brought to the attention of the New York City public over 1,000 works by composers hailing from the Americas and elsewhere representing a wide spectrum of aesthetic views. Its activities are made possible in part, with public funds from the New York State Council on the Arts and the New York City Department of Cultural Affairs as well as the generosity of numerous individual donors

Click on North/South Recordings to stream, download and/or purchase the more than 60 compact discs released by this independent label.