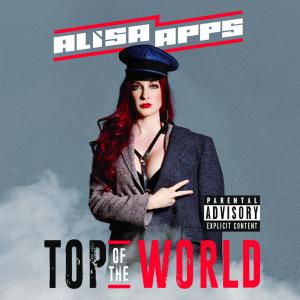 Top Of The World Album written by Alisa Apps 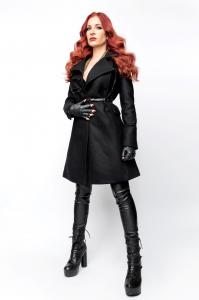 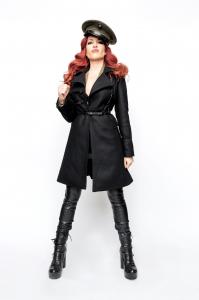 The world needs my ‘Top Of The World’ album. Big corporation singers need anywhere from 6 to 70 songwriters, that’s not me. I write my own songs & whatever I feel like saying I’m gong to say.”

LAS VEGAS, NEVADA, UNITED STATES, November 28, 2018 — Alisa Apps today announces the forthcoming release of her incredible new album ‘Top of the World’. The ten track, self funded album comprises entirely original songs, all written and performed by Alisa Apps. The launch is backed by a 30 second commercial which will be shown across the country. The album includes songs such as: Top of the World, I Disrespect You, and Victory Lap. Cutting across conventional musical genres ‘Top Of The World’ presents a refreshing change from the standard, fake sound of most of today’s pop scene. As Apps herself says “Why put up with imitators when Alisa Apps in an innovator?”

Being banned by the record companies has not stopped Alisa Apps creating an album with attitude, which many consider superior to Alanis Morissettes’s debut ‘Jagged Little Pill’ which sold 33 million copies. The initial response from fans has been incredibly positive with fans saying that they love the album which some have already listened to hundreds of times.
Alisa Apps herself says of ‘Top Of The World’:

“The world needs my ‘Top Of The World’ album. Big corporation singers need anywhere from 6 to 70 songwriters, that’s not me. I write my own songs and whatever I feel like saying I’m gong to say. It’s all in this amazing album! To be the best, you have to work harder than anyone else. I’ve worked hard to be my own boss, and to write my own true songs. You don’t hear that anymore. Be prepared… this will be the best album you’ve ever heard. I guarantee it.”

Alisa’s commitment to her music and her desire to always be the best is inspirational and is giving her fans the courage to step up and make their own dreams a reality. Recently one fan wrote to Alisa explaining how her songs had motivated him to quit his job and fulfil his ambition of starting his own restaurant.

‘Top Of The World’ will be officially released on February 15th 2019 but fans are able to purchase it right now as both a CD and a digital download from AlisaApps.com. They also have the option to purchase a signed CD edition and to sign up to take part in the new Ambassador Affiliate Program where they can earn money from Alisa Apps music and merchandise by referring their friends to her store.

About Alisa Apps: Alisa Apps has been hailed as the greatest singer-songwriter since Bob Dylan – a real lyrical genius. Yet there is more than that to Alisa. Following five years of training she is now a professional boxer and really can knock out anyone in the music industry. Alisa Apps is rewriting the rules and changing the music game forever.