” data-original-title=”” title=””>Bill Frisell on guitar adds all the genuine heartland soul for any recording might need, practically by definition.

Disregard also that they start by covering a British rock group; Dire Straits was always rooted in that most American form of the blues, and the quiet “Brothers in Arms” gets a particularly soothing pastoral read to start things off. Potentially familiar staples turn out excellently suited to this mold; an iconic indie tune from Bon Iver and Jimmy Webb’s iconic “Wichita Lineman” are both treated with almost reverent emotional shades. The trio’s own pieces are likewise full of the same homey prairie charm. The band’s actual origins don’t matter; when the spirit is this strong, the result can only be a beauty.

While the soul of the tango is often one of subversion and daring, it’s still striking how wild its spirit can be in the hands of players like Ben Bogart and Winnie Cheung. Cue up La Próxima Traición and you’re initially greeted with waves of pounding, roiling piano that could have come from one of

” data-original-title=”” title=””>Keith Jarrett’s most off-the-wall flights of fancy. Bogart’s bandoneon rides the waves with just enough control to catch the swells and complement Cheung’s mad tumbling. Things don’t stay quite so wild for the entire half-hour to followafter all, the tango is also about sensuality, smooth/graceful movement and keen interaction between partners closely in step. This too-brief whirl touches on them all.

The duo displays all those qualities in the course of this outing, belying the simple acoustic instrumentation to wring a wealth of color and passion from their chosen instruments. Cheung prowls cat-like across the keys through the slinky likes of “Camandulaje” or “Negracha”; several points touch on the fairground or the street party, while interludes like “Milonga del Ángel” drift with palpable longing and suspense. The pair spin a dance straight from the heart, making for a smolderingly passionate outing that stretches the tradition as much as honoring it. 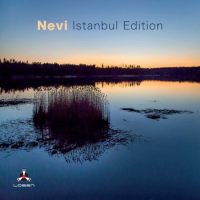 The name Nevi means variety, which is certainly the truth in this quintet’s music as much as its cross-cultural makeup (the players being a mix of Turkish and Russian). Everyone contributes at least one original piece to the set. Though the instrumentation is simple and all acoustic, the sound weaves bits and pieces of things from modern jazz to Mediterranean folk or contemporary classical. This subtly stimulating session was indeed recorded in Istanbul and features exotic Turkish spice something as an ingredient, though no more than smooth Latin dance, sunny uptown funk or tricky rhythms out of Africa.

As worldly as the melange is, it’s importantly just as egalitarian. There’s generous space for everyone to have a small showcase at some point. The sweeping “Orka” lets guitarist Onur Aymergen channel more than a little

” data-original-title=”” title=””>Pat Metheny among a lightly twisty vocal line; Aleksandr Bozhenko takes a chance to go nuts at the drums in “Let’s Go,” while Andrei Kondakov’s piano leads a smooth dreamy “You Don’t Know What Love Is” as things float to a close. However much they throw into the pot, it’s a beautifully cohesive and sophisticated blend in the end. The trip offers variety and unity in equal measure. 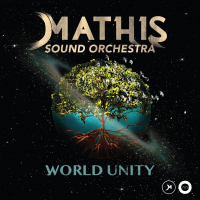 From airy chamber-music introduction to leisurely ragtime/tango to sunny dance jam fit for a luau,

” data-original-title=”” title=””>Mathis Picard can hardly seem to decide where he wants to go next. His debut EP bounces from one pole to another as if constantly conscious how little time there is to touch on all his interests. His wheelhouse has roots primarily in a funky kind of jazz-rock fusion, though he’s always interested in blending. The opening Latin meditation has room for shimmering ambient synth and a tinge of gospel. Next up, his keys turn electric for a beachy cabana jam with some jaunty sax. Before long the groove kicks into a vaguely South American kind of funk. It’s all still of a piece with the the epic closer, which travels smoothly from outer-space drift to dubstep-bop. As long as his reach and grasp continue keeping pace, Picard will be a fascinating name to follow in any context. 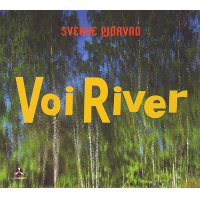 While there isn’t a real river named Voi (the phrase is a Norwegian expression that could signify amusement or excitement among other things), Voi River rather evokes a sonic portrait that could apply to most any such waterway in the world. For a drummer, Sverre Gjørvad leads a recording markedly light on rhythm here and uses his tools just as much for coloring. The other elements (guitar, bass, keys and some odd flavorings like wood taps) don’t build actual songs so much as float and swirl in flowing grooves. Even the lone cover tune is slowed to a peaceful drift, bringing out its calmer shades like a blooming sunrise while keeping the optimistic heart.

That’s often the case throughout this often-leisurely excursion, though with some exceptions. “The Year of the Lemmings,” the longest jaunt here, starts with a slinky quasi-folk motif before shifting to a weird daydream that becomes increasingly unsettling. Others such as “Do the Math” or the fast-clattering “Tinkle” go even farther in coloring the improvisations with impressionistic sounds. If the pieces don’t happen settle into particular forms, well, that’s rather the point. Letting things naturally be as they are is the theme of the day for this purposefully meandering excursion, whether idle or abstract or both.

Preferring to deliberately avoid any too-familiar musics from around this world, the one-of-a-kind Karuna Trio is more interested in places that only exist in the imagination. The abstract organic brew of Imaginary Archipelago touches on

” data-original-title=”” title=””>Brian Eno’s abstract sonic landscapes as exemplified by his landmark On Land (EG, 1982). In the busier spots it channels the less blistering side of

The theme here is a sonic portrayal of this titular place with each piece representing an island in the chain. The affair drifts in a haze of meandering percussion and recognizable sounds skewed until they’re strange. Jones’ reeds and synthesizers can be stretched into howls of wind or the calls of tropical birds. The sounds of flute and sax can hint at tribal rituals or maybe the sounds of dreams. Even when rhythm takes the fore, it drifts with the irregular wildness of nature rather than settling into recognizable grooves. Rudolph’s painstaking post-processing of the trio’s improvs gives them a shape that sounds anything but deliberate: there’s no obvious form or common thread, only the pleasure of soaking in the familiar-yet-otherworldly atmosphere and the search for further possibilities.

Tracks: Vi Ser; Here Comes the Sun; The Year of the Lemmings (That Ruined Everything); Halver; Do the Math; Tinkle; Håja with a Tablecloth; Langt Igjen.