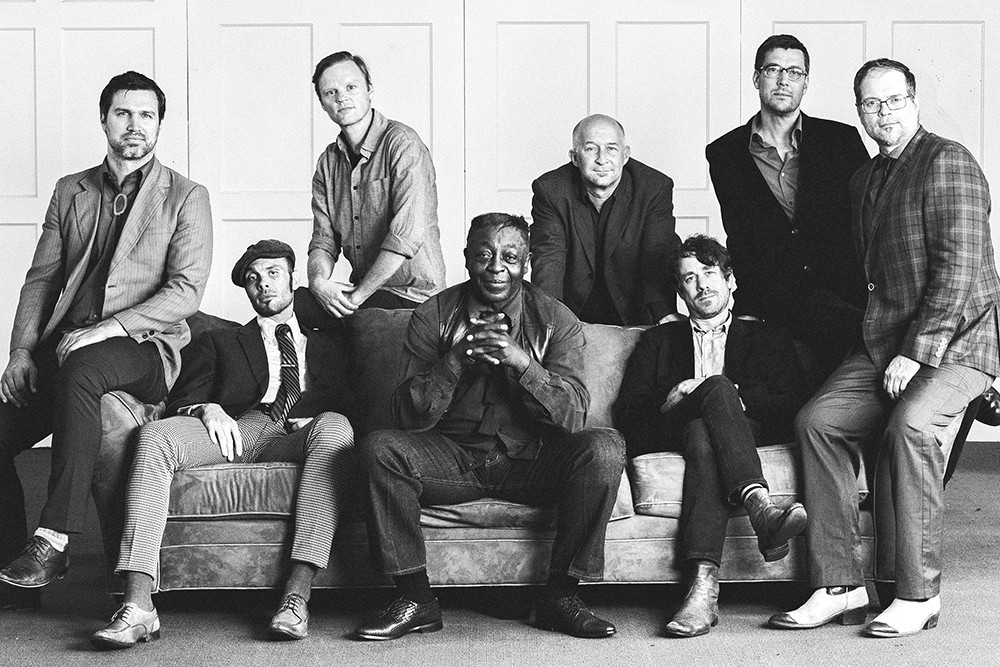 The R&B sounds of Ural Thomas and the Pain are a highlight of this year’s Modest Music Fest lineup.

It’s fitting that the Moscow restaurant Humble Burger would give a name like Modest Music Fest to its signature annual event. It really tells you everything you need to know. The two-day festival, now in its third year, takes over downtown Moscow this weekend, mixing local artists with a diverse roster of out-of-town acts. Of course it’s no Coachella, but that’s the point, isn’t it?

There’s plenty to hear at Modest Music Fest, with more than 40 local and regional artists playing in venues that include not only Humble Burger but also One World Cafe and the Kenworthy Theater, among others.

Of course, there are too many good artists to list here, but we’ve got a rundown of some of the weekend’s headliners that we’re most excited to see. Go to humbleburger.com for the full festival lineup.

If you dig old school R&B, Ural Thomas is the real deal. He’s been involved with music since the ’50s. He’s toured with Otis Redding. He’s played with the likes of Stevie Wonder and James Brown. And now his work has been given new life by a sprawling backing band known as the Pain. The longtime Portland resident has become an inextricable part of the city’s scene, and songs like “Smoldering Fire” and “Pain (Is the Name of Your Game)” take you right back to the heyday of Motown. Sunday at 10:30 pm, Kenworthy Theater.

When he broke out of Portland’s music scene as Horse Feathers, singer-songwriter Justin Ringle was producing the kind of hushed, acoustic folk you’d expect from… well, a Portland singer-songwriter. But with his last two albums, Ringle has been experimenting with styles and sounds. He’s a little louder, too. Last year’s eclectic LP Appreciation opens with the glossy, Fleetwood Mac-esque Laurel Canyon pop of “Without Applause,” breezes by on the ethereal, experimental lilt of “Born in Love,” and thumbs through the classic country-rock record bin on “Altamont” and “The Hex.” Saturday at 11:30 pm, Mikey’s Gyros.

Listening to Seattle singer-songwriter Bryan John Appleby’s 2015 LP The Narrow Valley, it’s hard not to think back to Sufjan Stevens’ once-lofty goal of producing an album inspired by the histories and cultures of each of the states. The sounds and themes of the record channel the topography and ambience of the small California town where Appleby grew up: Awash in strings, brass and woodwinds, the album seems to be arranged into movements, bookended by an intro and outro and even breaking for an intermission in the middle. Sunday at 6:30 pm, Mikey’s Gyros.

This project formed by husband-and-wife duo Sam and Lisa Adams is known for its heartrending lyrics, lush vocals and unpredictable arrangements. The songs tend to have an experimental bent, coffee shop ballads that twist around time signatures and morph between melodies. The band’s latest single, titled “Principle of Loving,” is a nice synthesis of their house style: It draws you in with its warm soundscapes, flirts with synth-pop throughout, and sticks in your head. Saturday at 10:30 pm, Humble Burger; Sunday at 9:30 pm, Kenworthy Theater.

If music could physically shimmer, the Shivas certainly would. The Portland group’s sound recalls 1960s psychedelia, freak-folk and even ’70s bubblegum pop, with the occasional detour into pastoral sketches reminiscent of the Kinks or Love. But just when you think you’ve got ’em pigeonholed, they throw out a song like “You Make Me Wanna Die,” a gem of garage-rock noise filtered through classic doo-wop, or the fuzzed-out rock ‘n’ roll of “Gloria.” It’s exciting to be whipsawed like that. Sunday at 7:15 pm, Humble Burger (And if you can’t make it to Moscow, the Shivas are also playing Lucky You Lounge in Spokane on Saturday, Sept. 28). ♦