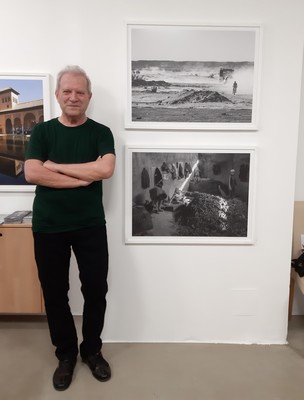 After more than a dozen solo albums and charting maxi singles on Billboard, Murat Ses was awarded “Artist of The Year 2019” by the Josie Music Awards in Dollywood, Tennessee.

Murat Ses is a Turkish-Austrian keyboard player and composer with strong Eurasian electronic elements. He is creator of the Anadolu Pop style, a synthesis of Anatolian Music and Western elements that has been influencing Turkish and International music scene for decades.
His album Danses et Rythmes de la Turquie d’hier à aujourd’hui was awarded the Grand Prix du Disque by the Charles Cros Academie in Paris, France.
In the early 1990s Murat Ses developed a musical style he terms Electric Levantine. The main elements of the style are microtonal properties created on authentic Levantine scales, electronically produced instrument timbres and Western music. It’s an experimental form of Anadolu Pop.