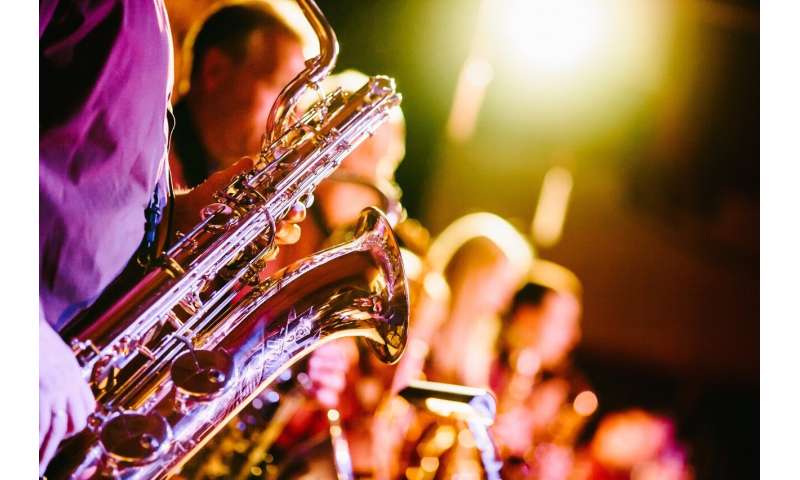 Cultural processes are increasingly short-lived, showing in addition a growing tendency toward self-organization. As a result, success is now governed by a universal law. This was discovered by the physicists Professor Claudius Gros and Lukas Schneider from Goethe University. Their object of research: 50 years of music charts.

Since the 1960s, music charts have been compiled using the same criteria—sales profits. Charts therefore provide sets of comparable data spanning many decades, a circumstance that makes them particularly well-suited for the investigation of the long-term development of cultural time scales. This approach is also relevant beyond the cultural domain, in particular with regard to the pace of political opinion formation, which affects the dynamical stability of liberal democracies.

In a new article published today in Royal Society Open Science, Lukas Schneider and Professor Claudius Gros from the Institute for Theoretical Physics at Goethe University demonstrate that the statistical characteristics, the composition, and the dynamics of the US, UK, Dutch and German pop album charts have changed significantly since the beginning of the 1990s. On the one hand, the diversity of the charts has doubled, or even tripled: Now there are significantly more albums making it to the top 100 or top 40 in a year. On the other hand, we now see that an album either starts off immediately as number one—or never reaches the top. In contrast, from the 1960s to the 1980s, successful albums needed four to six weeks to work their way from their starting position to the top slot.

The nature of an album’s “lifetime”—the number of weeks an album has been listed—was found to have changed profoundly. Before the 1990s, the statistics of album lifetimes were governed by a Gauss distribution with a logarithmic argument (log normal). Today, the distribution of album lifetimes is characterized in contrast by a power law. The distribution of lifetimes is therefore universal, i.e., independent of the specifics of the process, a key characteristic of the final state of a self-organizing process. To explain this development, the authors propose an information-theoretical approach to human activities. The assumption of Schneider and Gros is that humans strive continuously to optimize the information content of their experience and perceptions. Mathematically, information is captured by the Shannon entropy. According to Schneider and Gros, one needs to consider furthermore the Weber-Fechner law, which states that time and other variables are represented and stored in the brain not in a one-to-one ratio, but in a greatly compressed way (on a logarithmic scale). In this view, optimization of the information content of compressed experiences explains the observed chart statistics.

Overall, the study by Schneider and Gros shows that chart dynamics has accelerated, proceeding today substantially faster than several decades ago. The authors conjecture that a similar acceleration could also be at work for the underlying socio-cultural processes, such as social and political opinion formation. As an earlier work by Gros shows, this could threaten the dynamical stability of modern democracies, as the functioning of democracies is based on reliable temporal ties between electorate and political institutions. These temporal ties are threatened when the time scale of political opinion formation and that of the delayed decision processes drift increasingly apart.