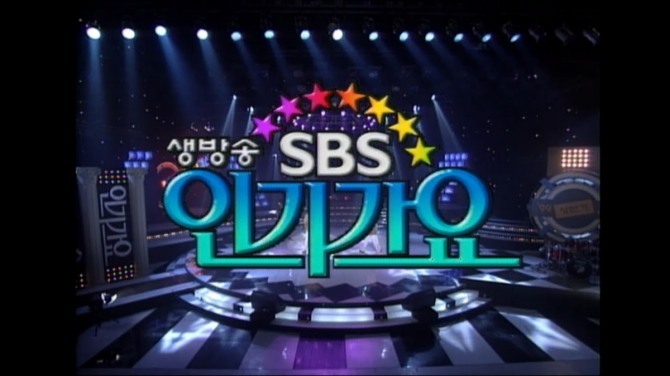 (SBS)One of South Korea’s longest-running music chart shows is streaming old episodes from the 1990s and 2000s, a move that has proven a hit with music fans.

SBS’ “Inkigayo” has been showcasing the best of Korean pop music to viewers across the country for the last three decades on the small screen and some of its most glorious days are now available for viewing on the YouTube channel SBS Kpop Classic.

The channel has been broadcasting episodes from between the late 1990s and early 2000s on YouTube over the last few weeks, featuring the likes of Yoo Seung-jun and Fin.K.L, neither of whom can be found these days on music programs.

As each artist performs hits from decades ago, viewers reminisce over the old days and the sounds and fashion of the past.

The number of subscribers has nearly doubled within a month, according to SBS, from some 60,000 in early August to 110,000 later in the month, with such a warm reception not foreseen by the broadcaster. As of Monday, the number exceeded 159,000.

Citing data from Afreeca helper, a view counting service, SBS said its classics channel had the fourth most watched livestream on YouTube as well as the busiest chatroom among Korean channels on Aug. 29.

“We didn’t think (the livestream) would be this well received. The reaction has been great and we are also digitally uploading some of our other old programs from our archives as our 30th anniversary approaches in 2020,” a public relations official at SBS said.

Culture critic Jung Duk-hyun says the popularity is driven not just by nostalgia seekers taking a trip down memory lane, but also young people eager to learn about older music.

“Younger generations these days have no problem digesting music from the past decades when they weren’t even born because some of them are used to hearing it on TV shows. (Young people) also find the analogue vibes in that old music refreshing.”

While comparing today’s pop music scene to ones before seems to be a recurring theme, Jung says musical diversity — or lack thereof — is one of the most notable differences between now and then.

“In terms of genre and experiment, the music then was very diverse. It’s true that there is a diverse music scene out there even today, indie music for instance, but it’s not noticeable. Back then, musical diversity was very much alive in the mainstream media,” he said.

Pop music critic Jung Min-jae agrees that the music industry was more diverse in the past, which he says was due to a different environment.

“Different types of artists used to appear on music programs. Unlike today when there are promotion opportunities on various channels, appearing on a music program was the way to go then. Adding to that are platforms like YouTube where you can watch artists without tuning in to a live show,” he said.

“It’s a smart economic move in that with a small budget you can elicit strong reactions without having to create new content, which can be risky,” Jung added.

SBS is also in talks to upload some of its more popular performances as individual videos on the channel, though an upload schedule has yet to be confirmed.