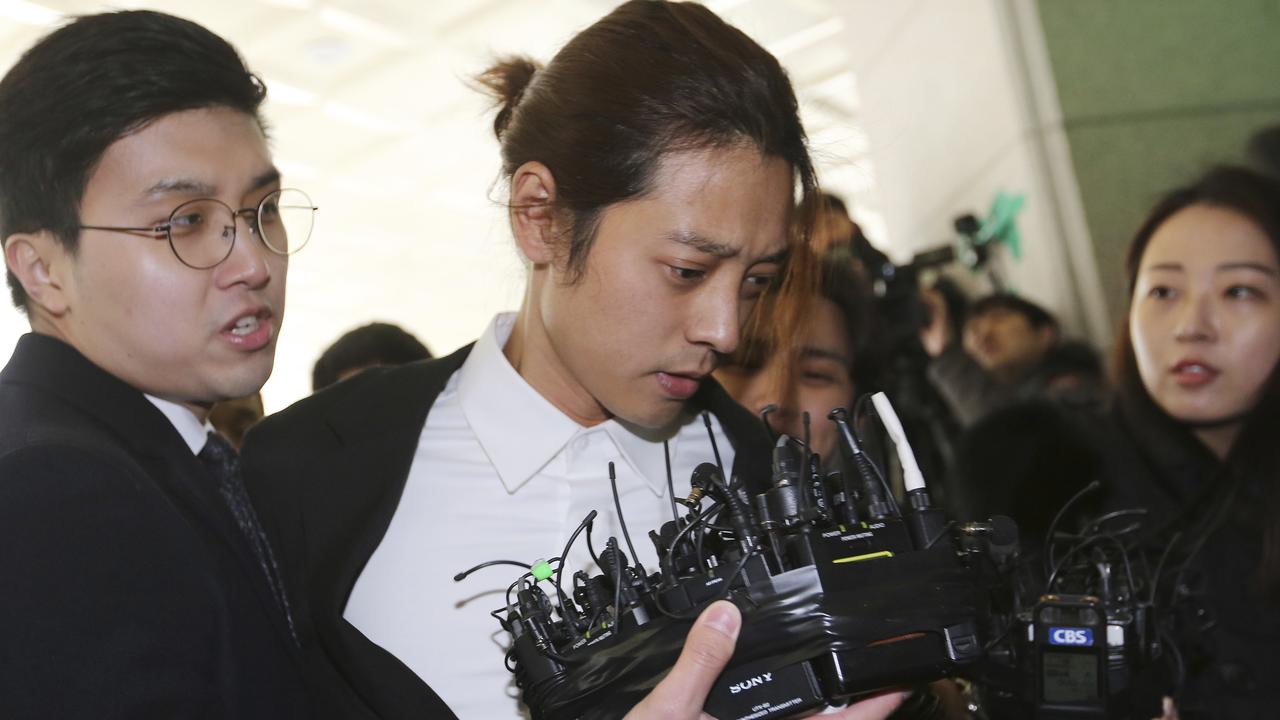 Two Korean pop stars were sentenced to prison Friday for gang-raping unconscious women, secretly recording the act and distributing the tapes as part of a scandal that has rocked the K-pop industry, according to South Korean media.

Jung Joon-young, 30, and Choi Jong-hoon, 29, were found guilty of rape and sentenced to six and five years of prison, respectively, The Korea Herald reported.

Jung – who retired from the entertainment industry in March admitting to part of the allegations – was also charged with filming the assault and distributing the footage in a chatroom through KakaoTalk, a messaging app.

Singer-songwriter Jung rose to fame through a reality TV show Superstar K4, while Choi is a former member of boy band FT Island.

Other K-pop stars charged include K-pop megastar Seungri, a former member of Big Bang whose real name is Lee Seung-hyun, who had retired from the entertainment industry amid allegations of illegal gambling in connection with the sex and drugs scandal.

Judge Kang Sung Soo of the Seoul Central District Court delivered the verdict against five individuals, including Jung and Choi, who will be required to undergo 80 hours of sexual violence rehabilitation and banned from working with children, juveniles, or people with disabilities for five years.

“We can’t imagine the pain the victims might have felt who found out later,” Kang said, according to Yonhap news agency, adding that Choi “did not feel remorse after mass-raping drunken victims.”

Jung and Choi both wept as the sentences were announced and claimed they had engaged in consensual sex with sober women. The court disagreed, citing incriminating testimony and other evidence, and saying both stars joked about drugging and raping women in the chatroom.

Jung confessed in March to filming himself having sex with 10 women without their consent, as part of the largest scandal to hit the K-pop industry, known as the Burning Sun scandal.

Yong Jun-hyung, another K-pop star, left his band in March and acknowledged watching the videos. He then said on Instagram: “I received a video from Jung and did have inappropriate conversations.”

Korea continues to grapple with spycam crimes, known as “molka,” for which over 5500 people were arrested last year, secretly filming women in schools, toilets, and elsewhere, although it can also refer to footage of consensual sex.

Korean pop – known as K-pop – is an ever-growing force in music with a colossal fan base.