Every producer on Broadway had turned down the show. Despite having the musical theatre creative clout of composer Leonard Bernstein and choreographer-director Jerome Robbins, the 1957 musical about warring street gangs in New York was considered poison.

So when Cheryl Crawford signed on it seemed a miracle but it wasn’t to last and she pulled out just months before the show was beginning rehearsals.

Aspiring composer Stephen Sondheim, who was assisting Bernstein with the lyrics, decided to call his friend Hal Prince, who was assisting producer George Abbott on the flop New Girl Iin Town. Prince loved the script but asked the more experienced Abbott for advice. Abbott told him to turn it down but going with his instinct that the show would be worthwhile (and since Abbott’s had got it so wrong on New Girl), he signed on as producer of West Side Story.

The show went on to become one of the most acclaimed and loved musicals in Broadway history.

It was not the first hit Prince was associated with and certainly wouldn’t be his last.

He went on to produce or direct dozens of hit shows, including Fiddler On The Roof, Cabaret, Evita and Phantom Of The Opera, in a glittering career that also netted him 21 Tony Awards, more than anyone in the history of the Tonys.

Although he also had some flops, these are by far outweighed by his successes.

The theatre lights on Broadway were dimmed today as a mark of respect for one of the greatest producer-directors in modern theatre history.

He was born Harold Smith in Manhattan New York in 1928, the son of a Harold and Blanche Smith. His parents divorced when he was young and he was adopted by his stepfather, stockbroker Milton Prince.

The family would often go to the theatre and Prince, a “very solitary child”, had his own cardboard theatre at home and would listen to the opera on the radio, recreating the action on his personal stage with “little tin people”. He felt his imaginary world was more real than the outside world. 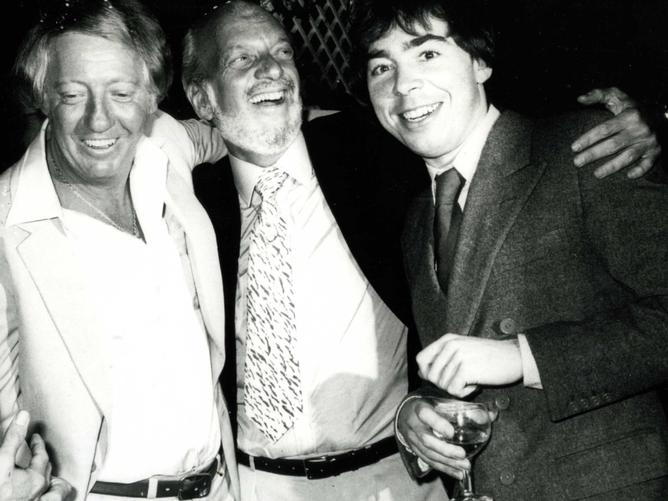 After a brief bout of mental illness as a child he emerged an extremely ambitious young man. He graduated with a liberal arts degree from the University of Pennsylvania in 1948. Looking for something to do he wrote a letter to one Broadway’s most important producers, Abbott, asking for a job.

Abbott gave the lad a job as an assistant stage manager and taught him some of business. His career in theatre was briefly interrupted by two years of national service with the army in Germany, but he returned in 1953 and picked up where he left off.

He co-produced The Pajama Game in 1954, scoring the rights from the author of the book by saying he would get Abbott to direct it. It won him his first Tony.

Camera IconHarold Prince with one of his numerous Tony Awards in 1995, this one for directing the musical Show Boat.Picture: AP

This was followed by Damn Yankees in 1955, the show that brought dancer/choreographer Bob Fosse and dancer Gwen Verdon together and won Prince his second Tony.

Having learnt all he could from Abbott, he saw West Side Story in 1957 as his chance to make a name away from his former mentor (with whom he continued to work on other shows). It was the first of many shows he would work on with Sondheim, netting him another Tony and establishing his reputation as a producer on his own. But he also yearned to direct.

Prince got his chance in 1962 with A Family Affair, the show that introduced him to composer John Kander. Prince, in turn, suggest Kander collaborate with musical theatre lyricist Fred Ebb and he produced their first show together, Flora The Red Menace, in 1965, and also produced and directed their next, the acclaimed Cabaret in 1966. 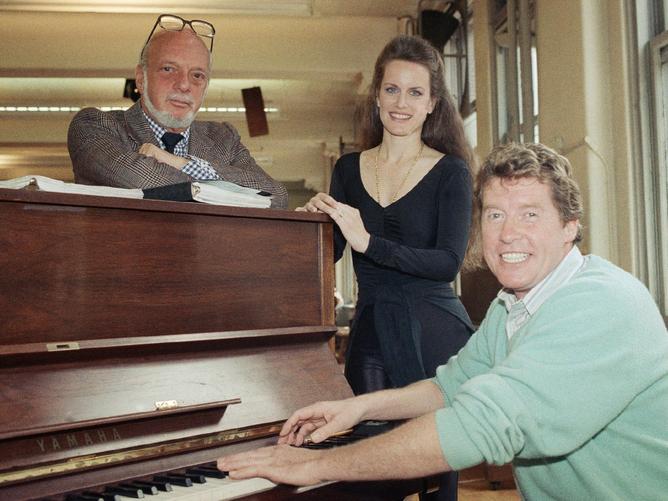 Camera IconHal Prince in 1989 with Dale Kristien and Michael Crawford during rehearsals for a production of Andrew Lloyd Webber’s Phantom Of The Opera. PictureL APPicture: AP

Evita in 1979 was Prince’s first Andrew Lloyd Webber musical, he also had success with Phantom in 1986, although he pulled out of Webber’s Whistle Down The Wind in 1996 after clashing with the composer.

For every safe musical, such as his revival of the classic Show Boat in 1994, he was willing to take creative risks, with shows such as Kiss Of The Spider Woman in 1993, an adaptation of a novel (also adapted to film) about a homosexual window dresser in a South American prison, and Parade, based on a true story of a 1913 rape trial.

His triumphs were celebrated in the showcase musical The Prince Of Broadway, with highlights from the shows he was part of. He is survived by his wife Judy and his children Charley and Daisy.