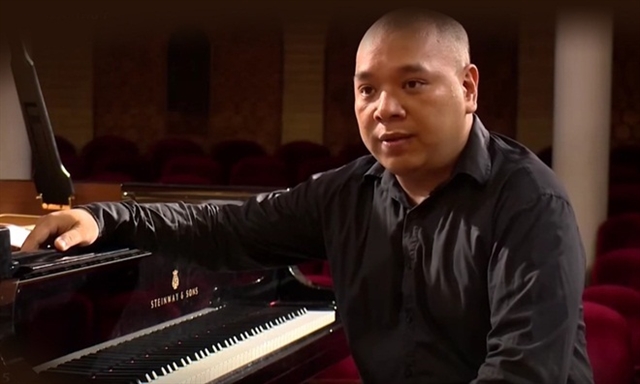 Jazz musician Nguyễn Tiến Mạnh had a chance to perform at the Ystad Sweden Jazz Festival from July 31 to August 4. The event gathered more than 300 jazz artists and groups from all over the world. After the festival, Mạnh was invited to perform for the Danish royal family.


He is a pianist and deputy-director of the Jazz Department at the Việt Nam National Academy of Music (VNAM). His dream is to introduce Vietnamese jazz to the world.


What was it like performing at the Ystad Sweden Jazz Festival?


It was an honour not only for me but also for VNAM’s Jazz Department.


I had the chance to perform on the same stage as many famous jazz artists and groups, like Benny Golson, Charles Lloyd and NDR Bigband. I’ve always looked up to them and enjoyed their music, so I was really nervous before the show.


I arrived in Sweden 15 days before the festival so I could spend the time rehearsing. For a jazz musician, practice is important. Sometimes, I have to practice 12 to 15 hours a day.


I performed solo for about 70 minutes. I was worried that a performance that long would get boring, but I prepared 30 pieces.


I asked the organisers if I could decide the length of the show – this would depend on how the audience reacted and how I was feeling as well.


I was also under pressure to play the repertoire by heart without sheet music.


How did you keep listeners engaged for 70 minutes?


I tried to tell a story of my life from an early age to adulthood.


The pieces in this repertoire are those I have listened to since I was 10, up until I became a jazz performer and teacher.


After the show I received a lot of praise and good feedback from international journalists and music critics. I was also invited to perform for the Danish royal family.


I had three performances touring Sweden with VNAM held by the Việt Nam Ministry of Culture, Sports and Tourism on the 50th anniversary of relations between Việt Nam and Sweden.


You performed at receptions for US President Donald Trump, as well as other world leaders. How do you feel during these events?


The most memorable event for me was performing for Danish Queen Margarethe II.


The then Vietnamese President Trương Tấn Sang came to meet the artists before the show. I was moved and a little bit nervous.


The show was successful and I was honoured to meet the Queen and Princess Mary.


The most recent high-profile concert was the meeting between President Trần Đại Quang and US President Donald Trump. President Quang shook hands with President Trump and spoke about Vietnamese jazz music. I was very proud at that moment.


Many musicians want to introduce Vietnamese jazz to the world; however it is now an easy task. As a lecturer at the Jazz Department what are your concerns?


I think the harder it is the more we try to do it. The development of the jazz scene in Việt Nam is many decades behind the rest of the world. But I am confident that this gap will close in the next five to ten years.


We have young and skilled jazz musicians, such as Quyền Thiện Đắc, Lê Duy Mạnh and Lương Xuân Thịnh. They are quite different from the veteran musicians who are mainly self-taught.


Jazz is not as difficult to enjoy as many people think. Everything can become jazz because it is about creativity and improvisation.


In Việt Nam, there are many centres teaching jazz, but only the Jazz Department at VNAM is professional. At other centres, students are taught to play jazz with transcription, not improvisation. There is a big gap between jazz transcription and jazz improvisation.


Only VNAM’s jazz department teaches improvisation. But we lack jazz teachers. A jazz teacher needs to have spent a long time performing.


We have a standard curriculum which compiles those of the US, Sweden and France. The curriculum is made to suit Vietnamese students.


We also have teachers who are professors and doctors of education. They studied abroad.


How can Vietnamese jazz musicians improve?


This will make us more confident in performing jazz around the world. — VNS