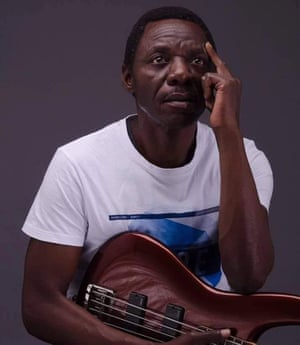 In a region where live music is everything – both for audiences and for performers heavily reliant on live appearances to make a living – the widespread cancellation of festivals across southern Africa has hit the music business hard.

May should have seen the Bushfire festival in Eswatini (formerly known as Swaziland), Zakifo and AfrikaBurn in South Africa, and Azgo in Mozambique. Next month would have been Zimfest in Zimbabwe. All have been cancelled – or replaced with online versions – along with dozens of smaller live events that have been growing in recent years, bringing in tourism, showcasing talent and culture, and boosting southern Africa’s music industry.

The longstanding problem of piracy has forced most African musicians to depend on revenue from live performances for survival.

The pandemic has stopped almost all musical shows since March, when the region recorded its first cases of Covid-19. Most countries initially banned gatherings of 50 people or more before enforcing a complete ban.

The cancellation of all live performances has cost the industry millions in revenue, but it is the musicians and other players down the value chain who are now faced with destitution.

In Zimbabwe, peformers such as Jah Prayzah, Sulumani Chimbetu and Alick Macheso, probably the biggest musicians in the country, have been forced to shelve album launches that had been lined up for April.

Jah Prayzah released his album online on 20 May. Chimbetu and Macheso are still holding back on theirs.

Zimbabwe’s crippling economic challenges had already eroded earnings; most high-profile musicians make little from sales but invest thousands of dollars in album launches hoping to cash in on the euphoria associated with new releases.

Chimbetu told the Guardian this week that his band was struggling and were now banking on online gigs.

“It is a difficult period because we do not have any income but the glimmer of hope is the increase in online shows. We are grateful for platforms like ZTN (Zimbabwe Television Network) which have helped us adapt to the situation by hosting online shows,” he said.

Takemore Mazuruse, of NashTV, said the station decided to come up with a series of shows to plug the entertainment gap during lockdown while also giving performers some income.

US-based socialite and self-styled prophet Panganayi Java has in recent weeks partnered with ZTN, paying performers to appear on his “Gara Mumba” (Stay indoors) shows. The shows often have more than 15,000 viewers and feature artists from a Zimbabwean music style known as Zimdancehall. The genre is popular with young people because it resonates with stories of strife. 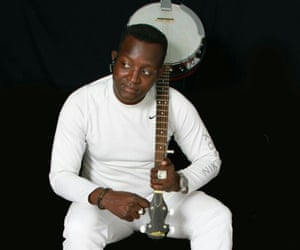 But some of the artists are paid just $50 (£40) a performance. For artists like Chimbetu, life is a struggle.

Mazuruse said there was a need for stakeholders to collaborate and increase the viewing figures so that they can monetise social media views.

“Only collaborations between stakeholders can guarantee continuity for the shows and indeed a lifeline for musicians, the majority of whom were caught unawares by the pandemic.”

Rodney Ruwende, from the National Arts Council of Zimbabwe, says it recently submitted a list of 1,500 performing and non-performing artists to the government so that they can access “immediate social assistance”.

“The government is supporting these through social grants under its social welfare department. In addition, we have lobbied to the government for support,” said Ruwende.

But the grants have yet to be unveiled and it is unclear when and how they will be disbursed.

For artists like Chimbetu, Jah Prayzah and Alick Macheso, who appear regularly in South Africa to boost their earnings, it is a double jeopardy. All three had hoped their albums would be accompanied by shows across South Africa, with attendances lifted by the large Zimbabwean diaspora there.

South African performers are also suffering. While the country’s economy has fared better than that of its northern neighbours, the pandemic has hit performances and music sales as people on reduced incomes spend only on basics. 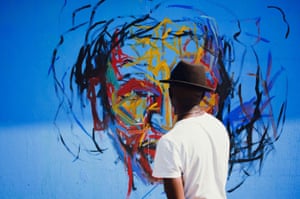 Earlier this month a group of NGOs came together to donate food parcels to more than 1,000 musicians in Limpopo province, in the north of the country.

One of the beneficiaries, Thomas Chauke, told South African media that most artists had been rendered destitute by the pandemic and pleaded for government assistance lest they “die of hunger”.

Although the government and organisations such as Business and Arts South Africa are providing grants to artists “infected or affected by the Covid-19 pandemic”, the Limpopo musicians said they were unaware of the programmes.

The grants are intended to help compensate for “widespread cancellation of festivals, music concerts, exhibitions, productions and other events”.