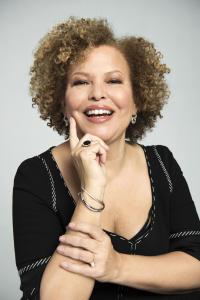 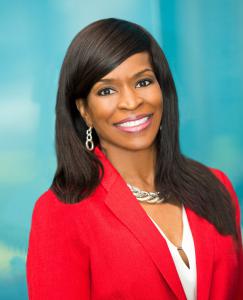 Chair, NAMIC Board of Directors

Chairman and CEO Emeritus of BET Networks To Be Honored At The NAMIC Annual Awards Luncheon on Wednesday, October 17 at the New York Marriott Marquis

Congressman Leland was a true visionary whose commitment to human justice and advancing the voices of women and minorities in the media forged a path for myself and countless others in the industry.”

NEW YORK, USA, August 29, 2018 — The National Association for Multi-ethnicity in Communications (NAMIC) today announced Debra L. Lee, Chairman and CEO Emeritus of BET Networks, as the recipient of the 2018 Mickey Leland Humanitarian Achievement Award. Among the highest honors within the industry, this award recognizes individuals and companies representing the media, entertainment and communications industry for their philanthropic achievements and commitment to advancing the concerns of people of color. Lee will be honored as part of the NAMIC Annual Awards Luncheon scheduled for Wednesday, October 17, 2018 from 11:45 a.m. to 1:15 p.m. at the New York Marriott Marquis. This year’s luncheon will be held during the 32nd Annual NAMIC Conference presented in partnership with Multichannel News.

NAMIC’s highest honor, the Mickey Leland Humanitarian Achievement Award was established in 1992 to commemorate the eponymous Congressman from Texas for his lifelong advocate in social justice and equality for people around the world.

“It’s a privilege to be the beneficiary of the 2018 Humanitarian Achievement Award, which celebrates the legacy of Congressman Mickey Leland. Congressman Leland was a true visionary whose commitment to human justice and advancing the voices of women and minorities in the media forged a path for myself, as well as countless others in the entertainment industry. His passion and humanitarian efforts will continue to inspire generations to come,” said Lee.

“NAMIC is pleased to continue paying tribute to Congressman Leland’s legacy by honoring Debra L. Lee, a trailblazer in our industry whose generous mentoring has developed so many of the amazing leaders we have today,” said Joiava Philpott, vice president, Regulatory Affairs, Law & Policy Department, Cox Communications and chairperson of the NAMIC National Board of Directors.

A long-time supporter of NAMIC, Lee first joined BET Networks in 1986 as VP and General Counsel. She quickly rose through the ranks until she was finally elevated to Chairman and CEO in 2005. Serving at the helm of BET for nearly two decades, Lee’s vision of elevating her community through original and compelling content was the driving force behind the network’s reinvigorated approach to corporate philanthropy and authentic programming. This new approach unlocked doors for black creatives, produced hits like The New Edition Story, Being Mary Jane, BET Honors, led to the network experiencing record-breaking success, and cemented BET as the premier network among black viewers.

Lee is a true change agent whose legacy of elevating black culture will be felt for decades to come. Her achievements have earned numerous accolades from across the industry. She’s graced The Hollywood Reporter’s 100 Most Powerful Women in Entertainment and Billboard’s Power 100 lists, was honored with the Distinguished Leadership Vanguard Award by the National Cable & Telecommunications Association and was inducted into the Broadcasting & Cable Hall of Fame. In 2017 the Grammy Organization recognized Lee’s contributions to American music and culture by presenting her with the Salute To Industry Icons Award. Lee is currently the first and only woman to receive the distinguished honor.
A committed philanthropist, Lee serves as President of The Alvin Ailey Dance Foundation and sits on the Board of Trustees for the American Film Institute, Brown University’s Center for Slavery & Justice, The Paley Center for Media, and The USC Annenberg School for Communication & Journalism.

For more information regarding the Mickey Leland Humanitarian Achievement Award or other NAMIC programs and initiatives, visit www.namic.com. Inquiries pertaining to ticket or table purchases for the NAMIC Annual Awards Luncheon should be directed to Sandra Girado 212-594-5985 [email protected]

ABOUT NAMIC
NAMIC (National Association for Multi-ethnicity in Communications) is the premier organization focusing on multi-cultural diversity, equity and inclusion in the communications industry. More than 4,000 professionals belong to a network of 18 chapters nationwide. Through initiatives that target leadership development, advocacy and empowerment, NAMIC collaborates with industry partners to grow and nurture a workforce that reflects the cultural richness of the populations served. Please visit www.namic.com for more information about NAMIC and its many opportunities.