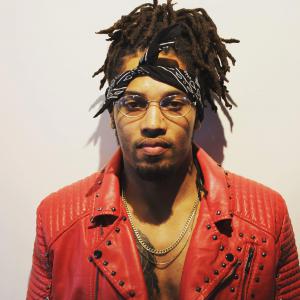 DALLAS, TX, UNITED STATES, August 29, 2018 — Rapper Chris James is pleased to announce the release of his latest mixtape entitled, “Rudely Yourz.” The talented rapper is bringing his version of conscious music to a broader audience to increase his visibility and spread his artistic message.

“Rudely Yourz,” available on Tidal and Spotify, was released on July 27 to much anticipation. The 10-track mixtape features a wide array of themes that touch on everything from relationships to hustling to the price of success and more. Striking a confident, composed tone, James seamlessly moves through tracks like “Sauce” to “Came Down” to “Sacrifice” to “Money Alcoholic” to give fans a glimpse into his life, achievements and future goals.

One part of the rap group, Music On My Mind, James has recently decided to pursue solo projects to branch out and expose his unique style to a whole new fan base. James describes his sound as trap conscious.

With the release of “Rudely Yourz,” James wants to use the project as a launch pad for a full-scale album, which, per James, “would mean I would have built myself up and my brand where I have a platform big enough to do so.”

About Chris James: Chris James is an accomplished Texas-based rap artist/song writer who passionately bears his soul in his music to form a genuine connection with his fans. In addition to the release of his latest mixtape, “Rudely Yourz,” James has released previous mixtapes, including “In the Meantime” parts I and II. Additionally, he has opened for musicians like Wale and Bun B. James’ trap conscious style of music is designed to make fans delve beyond the surface and realize things are deeper than they might initially seem, while still maintaining a reality-based glimpse into the street life.