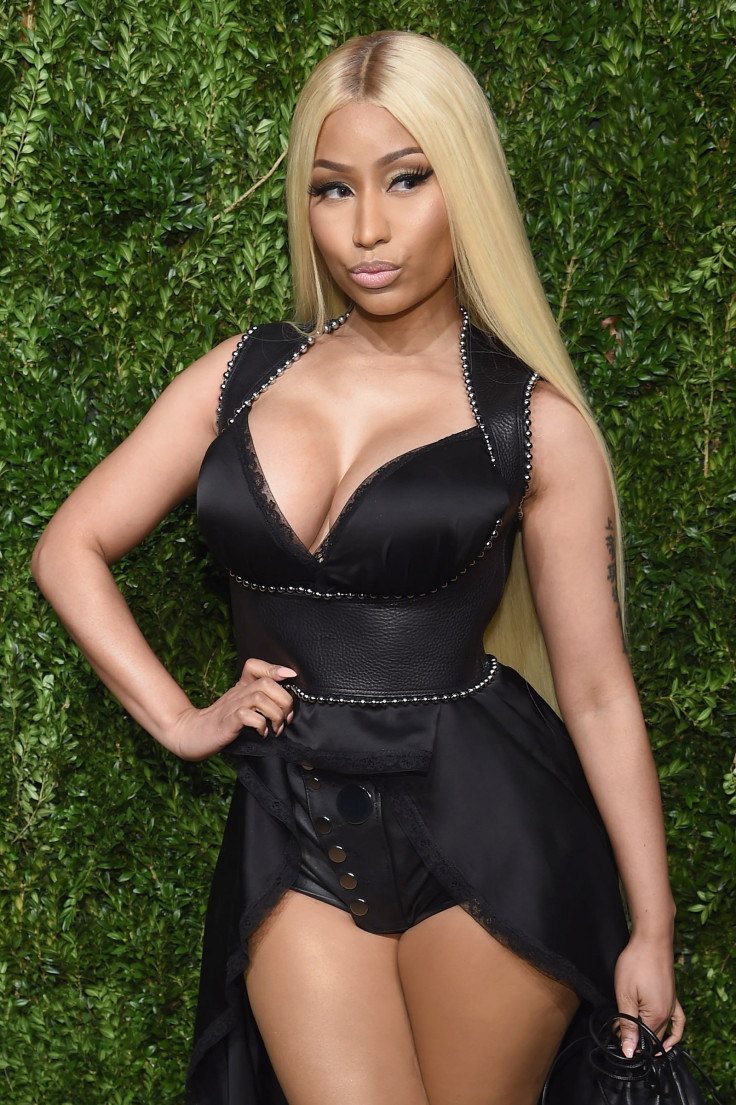 Nicki Minaj let slip that she and Adele are working on new music together, during the launch of her new fashion line, Fendi Prints On, in Beverly Hills on Tuesday. She dished a few exciting details about the song.

The “Bang Bang” singer basically confirmed her collaboration with Adele when asked on the red carpet about the possibility of her working with the British artist in the future. Minaj excitedly said “Yes and yes, yes and yes, wooo hoo!” and confessed that she was sworn to secrecy not to tell.

“But Adele made me swear to secrecy that I’m not allowed to tell anyone that I’m working with her,” Minaj told ET correspondent Keltie Knight.

The 36-year-old 15-time Grammy award winner upped the excitement and teased what fans can expect from their collaboration. Minaj said it is going to be “an epic song” and that she and Adele have already shot a music video.

Clearly, the “Megatron” singer could not hide the secret and excitement any longer. She was all smiles as she confirmed her collaboration with Adele.

Both artists have shown that they are a fan of each other’s work for some time now. Adele impressed fans when she flawlessly rapped Minaj’s lines from “Monster.” She also sang the same song during a carpool karaoke session with James Corden in 2016.

As for Minaj, she recently shared a video of herself lip-synching to Adele’s “Hello” on her Instagram story. This was probably her subtle way of telling fans that they are working on a song together. Adele has been busy on a new album and fans speculate that one of the tracks is her collaboration with Minaj.

This would be the first time in 10 years that the 31-year-old English songwriter collaborated with another artist. Adele last worked with Daniel Merriweather for “Water and a Flame” in 2009, according to Official Charts.

Meanwhile, aside from Adele, Minaj has also teamed up with other artists in the past, including Ariana Grande and Normani for “Bad To You.” She also worked with rapper Kanye West on “Monster.” Minaj has another collaboration coming soon for the “Charlie’s Angels’ official soundtrack.